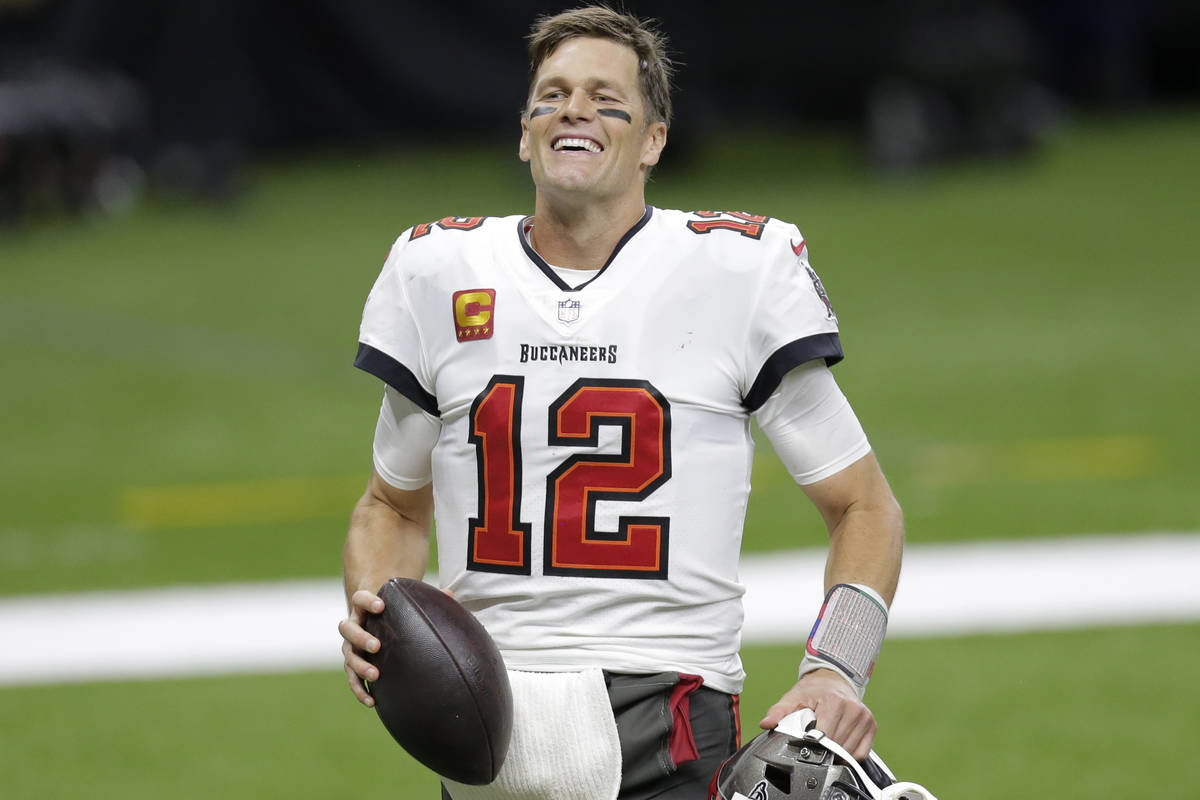 BetMGM gamblers dropped $700,000 on three wagers alone on the Saints, who closed as 3-point favorites in Sunday’s 30-20 loss to the Buccaneers.

But it would’ve been better for the sportsbook if New Orleans had defeated Tampa Bay, which is BetMGM’s largest liability to win the Super Bowl.

“We were hoping it would be a dream scenario where (the Buccaneers) would cover and not win the game,” MGM Resorts director of trading Jeff Stoneback said. “Tampa Bay is, by far, the biggest liability. We’re pushing seven figures on liability just in Nevada.

“When they signed Tom Brady, everybody jumped all over them. Now they’re one game from going to the Super Bowl.”

William Hill and the Westgate are each on the hook for six figures if Brady wins his seventh Super Bowl title. The Bucs also are the largest liability at the South Point.

The Buffalo Bills are the largest Super Bowl liability at Circa Sports and Station Casinos. A William Hill bettor placed a $6,000 wager on Buffalo at 35-1 to win $210,000.

The defending Super Bowl champion Kansas City Chiefs would be the best result for the books because their odds have been short since they opened as 7-1 co-favorites last year. A William Hill bettor made a $115,000 wager on the Chiefs at +150 to win $172,500.

The Buccaneers are 3½-point underdogs to the Packers in Sunday’s NFC title game after the line opened at 4½ at the Westgate. South Point sportsbook director Chris Andrews said the book took sharp action on Tampa Bay +4.

Brady will make his 14th appearance in a conference title game after going 9-4 in AFC championship contests for New England under coach Bill Belichick.

“That’s going to solidify his legacy,” Stoneback said. “Maybe it wasn’t the system of Belichick. Maybe Belichick couldn’t do it without Brady.

“That’s a little stain on Belichick and a little confirmation on Brady.”

In Sunday’s AFC title game, Circa sportsbook manager Chris Bennett said the book has taken sharp bets on the Chiefs at -3 (Even) or lower over the Bills.

Stoneback said the line would be higher if not for the uncertain status of Kansas City QB Patrick Mahomes, who was knocked out of Sunday’s 22-17 win over the Cleveland Browns with a concussion.

“If we knew Mahomes was going to play, I imagine that game would be at least 4½ or 5,” he said. “That line would’ve never gone up if this was the regular season. But, being the AFC championship game, we’ve got to hang a line.”

William Hill has posted all four possible Super Bowl lines. The Chiefs are 2½-point favorites over the Packers and Buccaneers. Green Bay is a 1-point favorite over Buffalo. Tampa Bay and Buffalo is a pick’em.

Gonzaga is the +225 favorite, Baylor is the +450 second choice and every other team is in double digits.