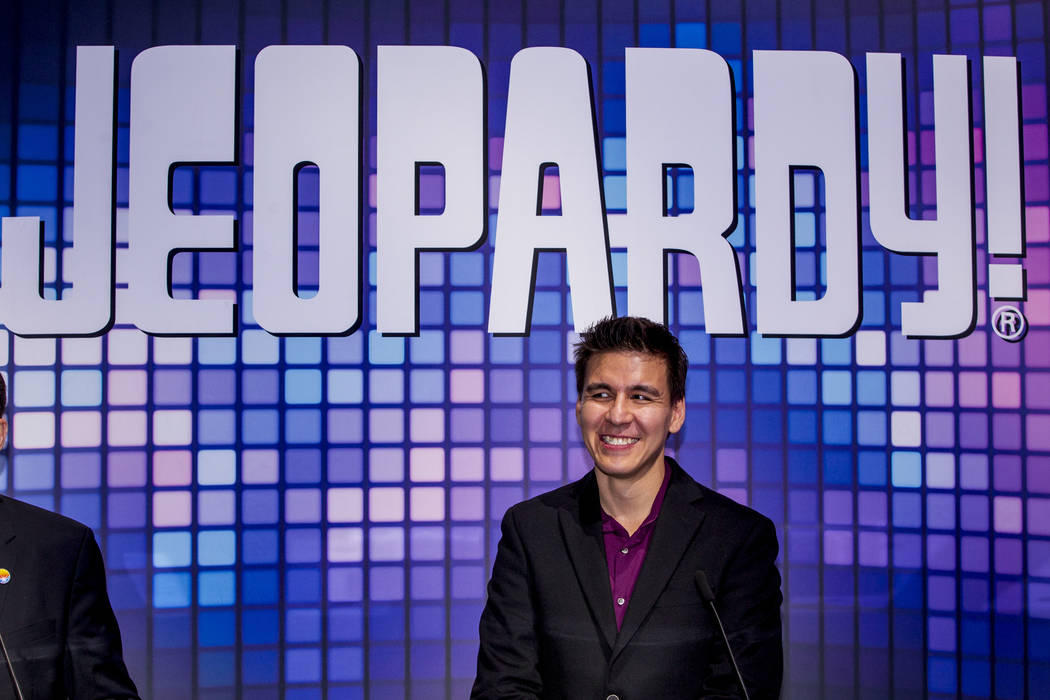 PurpleStride Las Vegas, the walk to end pancreatic cancer in which “Jeopardy!” champion James Holzhauer was a team captain, has been canceled because of concerns about the coronavirus pandemic.

The event was scheduled for March 21 at Town Square.

Holzhauer was captain of the team “All In For Alex,” named in honor of “Jeopardy!” host Alex Trebek, who is battling stage 4 pancreatic cancer.

The team helmed by Holzhauer, a Las Vegas professional sports bettor, raised $2,569 before the event was canceled Friday. That money, part of a total of $163,987 raised by the Las Vegas event, will be donated to the Pancreatic Cancer Action Network (PanCAN.org).

“Unfortunately, Purple Stride has been canceled. To everyone: thanks for your donations to a great cause, and stay healthy,” Holzhauer posted on his Twitter account, @James_Holzhauer. “Keep the faith and we’ll win!”

Unfortunately, PurpleStride has been cancelled. To everyone: thanks for your donations to a great cause, and stay healthy. Keep the faith and we’ll win!

In June, Holzhauer donated $1,109.14 to a pancreatic cancer walk in his hometown of Naperville, Illinois “for Alex Trebek and all the other survivors.” The amount doubled as the date of Holzhauer’s daughter Natasha’s birthday.

Before the Las Vegas walk was canceled, Holzhauer’s fundraising goal was $8,670, which he said in an e-mail to the Review-Journal represented “one dollar for every episode Alex will have hosted by the time his current contract ends in 2022.”

Holzhauer, 35, won $2.46 million on “Jeopardy!” during a 32-game win streak that captivated the nation last year from April to June. Trebek, 79, announced his cancer diagnosis in March 2019.

“Since Alex Trebek’s cancer announcement coincided with my episode tapings last year, I felt very personally affected by the news,” Holzhauer said. “Alex has been in my living room my entire life, and he is a true inspiration to anyone battling adversity.”

Holzhauer posted “Alex 365, Cancer 0. See you in 2021, friend” March 4 on Twitter above a video where Trebek gave an update on his health while celebrating one year of survival with the disease.

“The one-year survival rate for stage 4 pancreatic cancer is 18 percent. I’m very happy to report I have just reached that marker,” Trebek said in the video. “I’d be lying if I said the journey has been an easy one.”

Trebek closed the video by saying his oncologist had recently tried to cheer him up.

“He said, Alex, even though the two-year survival rate is only 7 percent, he was certain that one year from now the two of us would be sitting in his office celebrating my second year of survival,” Trebek said. “And you know something, if I — no, if we, because so many of us are involved in this same situation — if we take it just one day at a time with a positive attitude, anything is possible.”

Holzhauer’s total “Jeopardy!” earnings are $2.96 million after he won $250,000 each for winning the “Tournament of Champions” in November and placing second to Ken Jennings in January’s “Greatest Of All Time” tourney.

Asked about his future plans, Holzhauer said “I’m keeping my options open, but don’t be surprised if you see me on TV in the fall.”