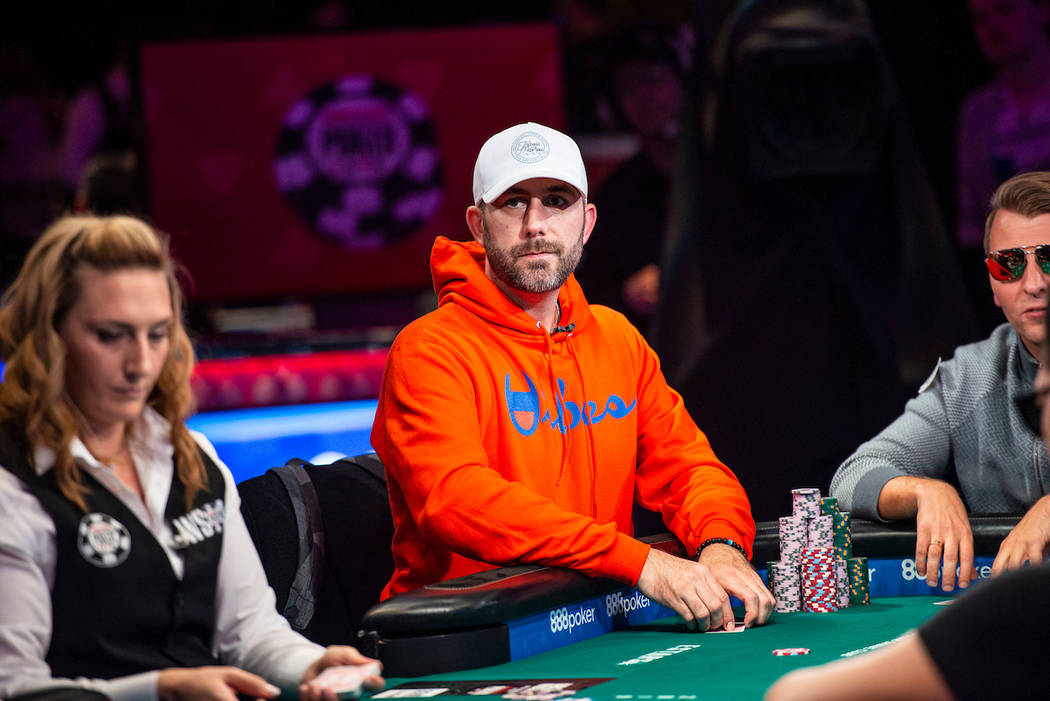 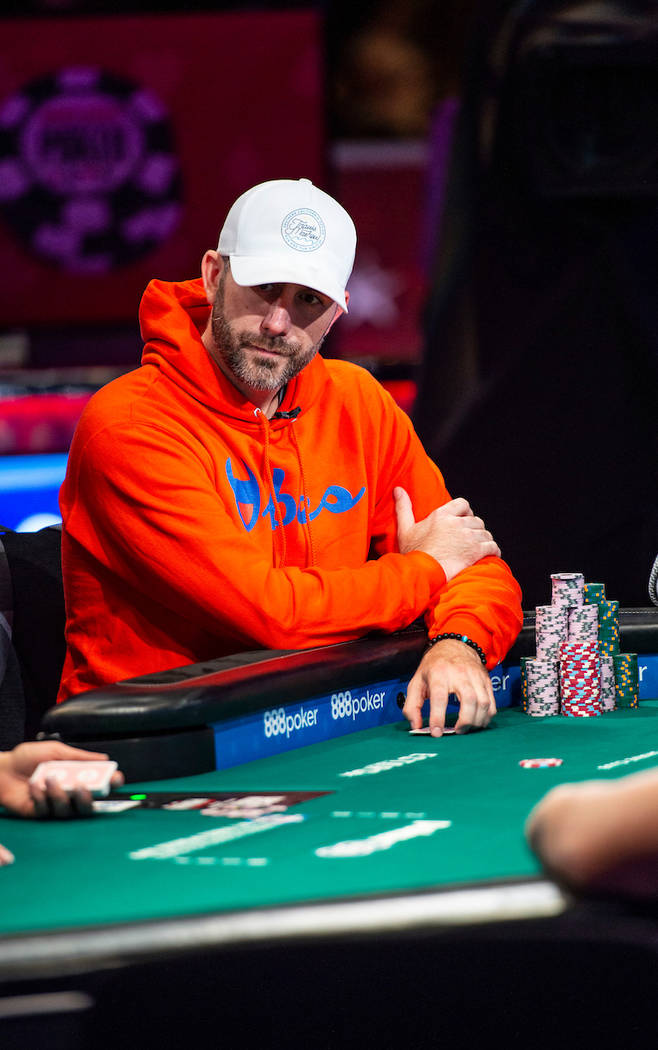 Two years ago, Henderson resident Garry Gates survived the Oct. 1 mass shooting at the Route 91 Harvest festival that claimed the lives of 58 other concertgoers in Las Vegas.

The poker industry veteran has since strived to savor each moment, and he has relished the ride of his life en route to reaching the final table of nine players at the World Series of Poker Main Event.

“The biggest impact (the shooting) had on me is forcing me, in a good way, to appreciate every single moment. I learned in that experience that tomorrow’s not promised,” said Gates, 37. “When I’m here sitting at this table and playing hands, I try to intentionally take some time out to make eye contact with my friends and family and soak things in.

A self-described recreational poker player who began his career as a reporter at the WSOP — where he once posed for a wishful picture at the Main Event final table — Gates is in second place and will continue his quest for the $10 million first prize when play resumes at 6:30 p.m. Sunday at the Rio Convention Center. The Titusville, Pennsylvania, native already is guaranteed to be a millionaire.

“Any poker player who loves the game dreams of making the World Series of Poker final table,” Gates said at 2:30 a.m. Saturday, shortly after the starting field of 8,569 was whittled to nine. “Deep down, I wanted it and I absolutely hoped for it. It’s crazy to be here now.”

Gates had a lively group of family and friends cheering him on from the rail, including his girlfriend, Marissa Rodney, who held a sign saying “Will You Garry Me?”

The popular senior manager of player relations and events for PokerStars, an online poker room, Gates also seemingly has the support of the entire poker world.

“I look at the messages on my phone, and I can’t even keep up. It’s overwhelming,” an emotional Gates said. “But I feel so loved and lucky to be here and to be a part of all this.

“I got some text messages (Friday) morning from guys like Erik Seidel, John Juanda and Jason Koon and people I’ve worked with in the industry forever. It’s really, really special. I hope to make everybody proud.”

In what Gates said was his most important hand of the tournament, he went all-in Thursday with ace-king against a pair of pocket kings and caught an ace on the river to double his chip stack. Afterward, accomplished poker pro Mike McDonald posted on Twitter that Gates deserves to win the game’s most prestigious event:

“I’m not a big believer in karma but my god after so many years of putting up with every single high roller diva in poker @GarryGates deserved that ace on the river and 10 million dollars of poker player money that are going to follow!”

Gates, who wore an orange sweatshirt with “Vibes” on it, flipped the script Friday as he doubled up against chip leader Hossein Ensan of Germany when his pocket kings held up against Ensan’s ace-king.

“This tournament suits my playing style. A guy like me can make five or six mistakes and it doesn’t cost him the tournament. You can rebound, be patient and pick your spots well,” he said. “I’m not a mathematician. I studied English and writing in college, so there’s spots that come up where I’m not necessarily sure if I’m making the correct play by the book. But I lean on my intuition a lot and my experience playing.”

Regardless of where he finishes, Gates, who has a 6-year-old daughter, Scarlett, said he plans to return to his job at PokerStars after the Main Event.

“I’m not intending to quit my day job anytime soon,” he said.