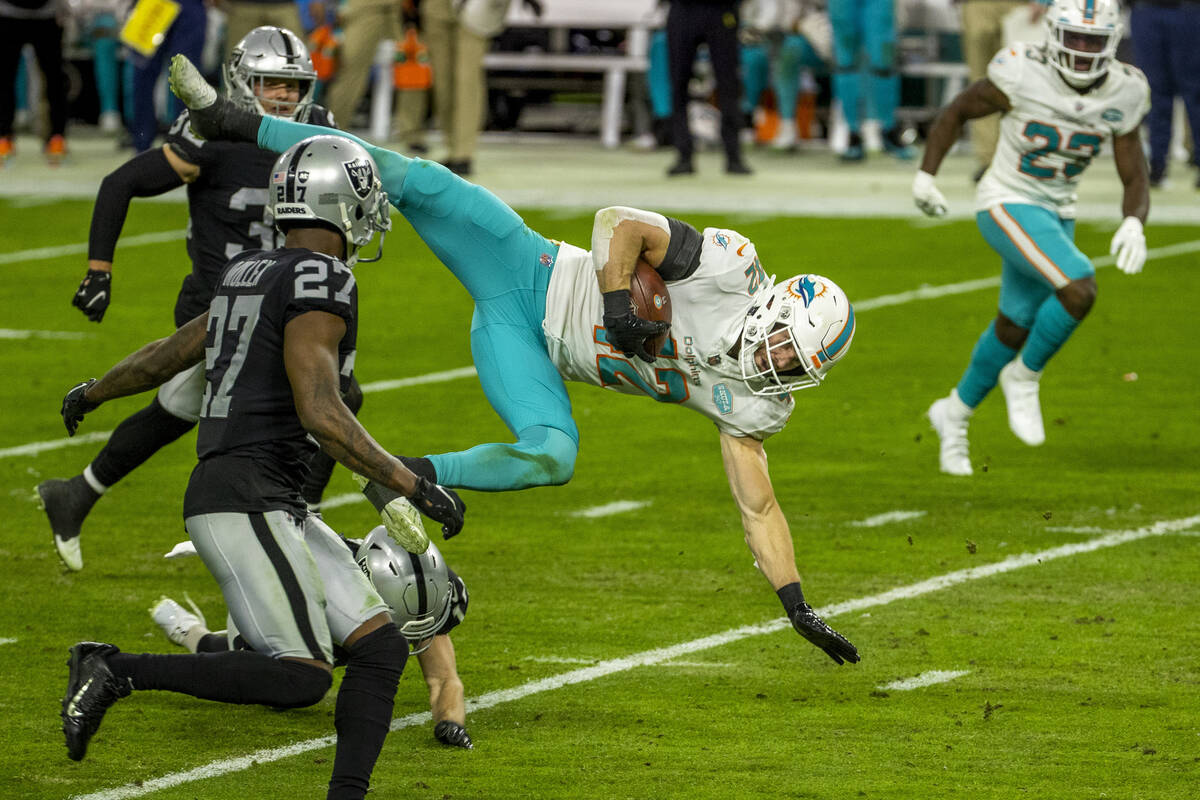 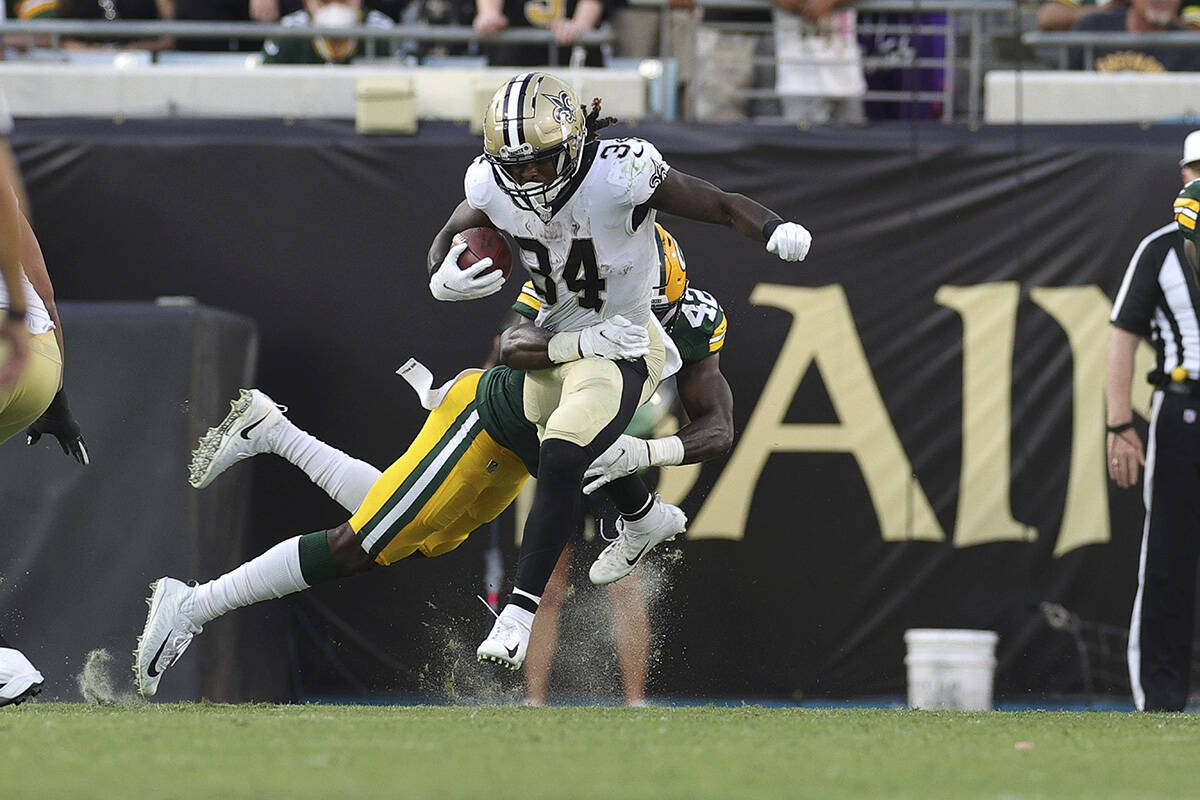 Miami at Raiders (-4, 44): The Dolphins, who won a thriller at Allegiant Stadium in December, are on a 22-8 spread uptick since early 2019. Miami also is 11-5 ATS in its last 16 road games. After losing six of eight at home in 2020, the Raiders beat the Ravens in the opener this season. The over is 13-4-1 in Raiders games since last season. Edge: Dolphins and over.

New Orleans at New England (-3, 42½): Even with the loss at Carolina, the Saints have covered six of their last nine games played away from the Superdome. New Orleans is 4-1 against the spread in its last five games as an underdog. The Patriots are on a 13-6 under run since late 2019. The last five Saints games have gone under the total. Edge: Under and Saints.

Arizona (-7, 52) at Jacksonville: The Cardinals won but fell short of a cover last week against the Vikings, but still are 11-5 ATS in the first seven games of a season since 2019. The under is 11-7 in Arizona games since last season, though the Minnesota game went over the total. The Jaguars have covered two of their last eight home games. Edge: Cardinals.

Chicago at Cleveland (-7, 46): The Bears are on an 11-19 spread skid since early 2019, but they have covered five of their last nine road games. The last four Chicago regular-season games have gone over the total. The Browns have covered one of their past six home games, and the over is 7-3 in Cleveland’s last 10 games. Edge: Over and slight to Bears.

Los Angeles Chargers at Kansas City (-7, 54½): The Chargers covered both meetings last season and won the finale at Kansas City. After blowing a late lead last week, the Chiefs have covered only two of their past 13 games and are 1-6 ATS in their last seven home games. Edge: Chargers.

Indianapolis at Tennessee (-5½, 48): The road team has won and covered five straight meetings, and four of the last five games in the series have gone over the total. The Colts covered their final six road games last season, and the Titans have dropped five of their last seven ATS at home. Edge: Colts and over.

Cincinnati at Pittsburgh (-3, 43): The home team is 3-0-1 ATS in the past four meetings, and four of the last five matchups have gone under the total. The Bengals are 7-4-1 ATS in their last 12 games with QB Joe Burrow in the lineup. Edge: Slight to under and Bengals.

New York Jets at Denver (-10, 41½): The under is 10-3 in Jets games since early last season. The Jets also are 3-9 ATS in their last 12 road games. Denver was never favored last season, but has been the favorite three straight weeks this season. The Broncos are 18-11 ATS since early 2019. Both teams went under the total in each of their first two games this season. Edge: Broncos and under.

Seattle (-2, 55) at Minnesota: The Seahawks dropped their last six games ATS last season before winning the opener at Indianapolis. Seattle has won the last four games against the Vikings straight up (3-1 ATS). Minnesota broke an eight-game spread losing streak last week against the Cardinals and is on a 7-12 spread skid since late 2019. The Vikings were 2-6 ATS at home last season and are on a 13-4 over run. Edge: Seahawks and over.

Tampa Bay (-1, 55½) at Los Angeles Rams: The meetings between these teams have gone over the total the last two seasons.The Rams are 6-3 ATS in their last nine games. Edge: Buccaneers and over.

Green Bay at San Francisco (-3, 50): The nicked-up 49ers were 1-4 ATS last season at home in Santa Clara before being forced to play the remainder of their home games in Phoenix. San Francisco was 11-6-1 ATS when healthier in 2019. Edge: Slight to 49ers.

Philadelphia at Dallas (-3½, 51½): The home team has won and covered the last five meetings. The Eagles are 1-0 straight up and ATS on the road this season, but went 1-7 ATS in road games last season, dropping their final six. Edge: Cowboys.