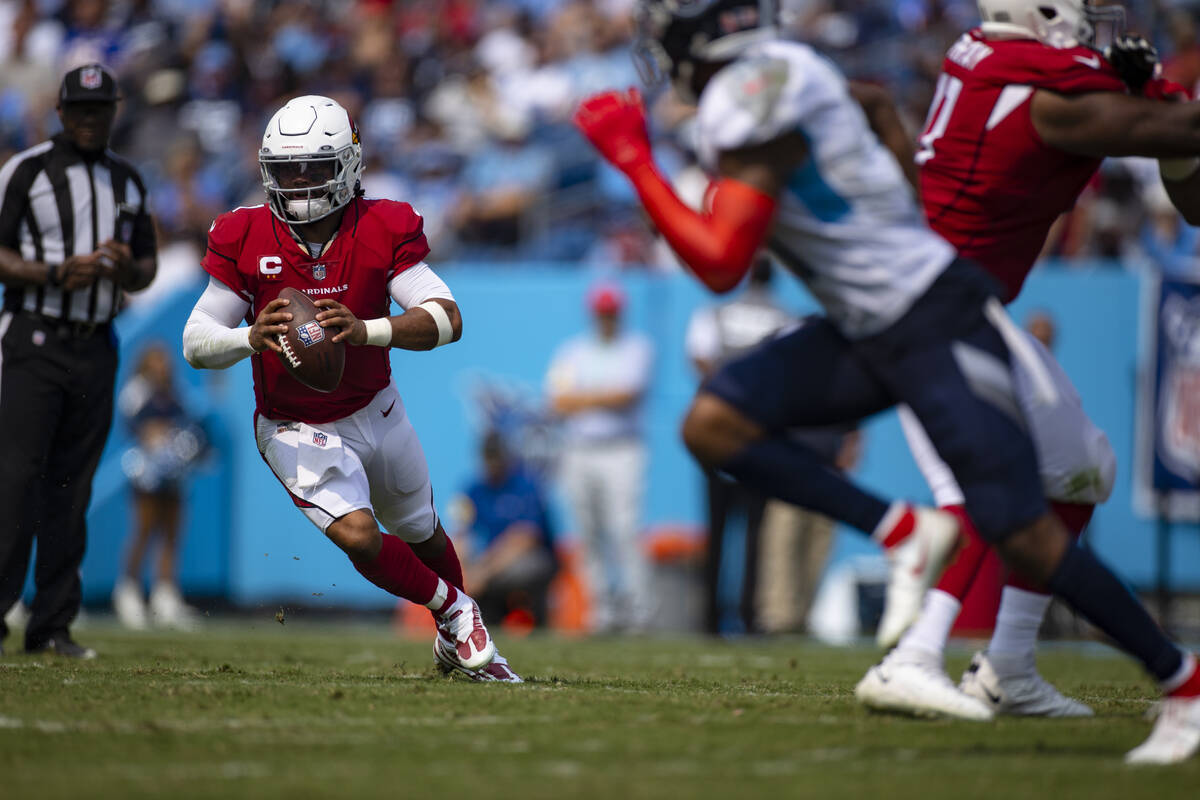 Arizona Cardinals quarterback Kyler Murray (1) runs with the ball against the Tennessee Titans during the second half of an NFL football game, Sunday, Sep. 12, 2021, in Nashville, Tenn. (AP Photo/Brett Carlsen)

Bettors at Station Casinos are all over the Cardinals and Rams on the second Sunday of the NFL season.

Eighty-eight percent of the tickets, or bets, on Arizona’s home opener against the Minnesota Vikings are on the Cardinals, who are 3½-point favorites.

Likewise, 86 percent of the tickets on Los Angeles’ game at the Indianapolis Colts are on the Rams, who are 3½-point favorites.

The Raiders-Steelers game has the most balanced action, with 55 percent of the tickets on Pittsburgh and 45 percent on Las Vegas.

Here are the ticket counts at Station for every NFL Sunday and Monday game (home team in CAPS): 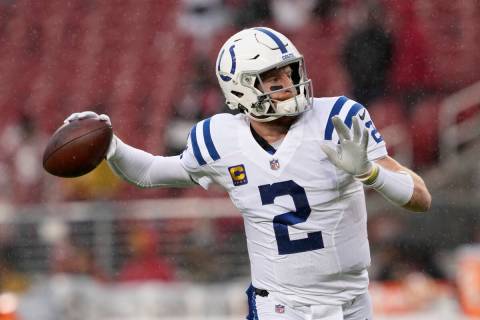