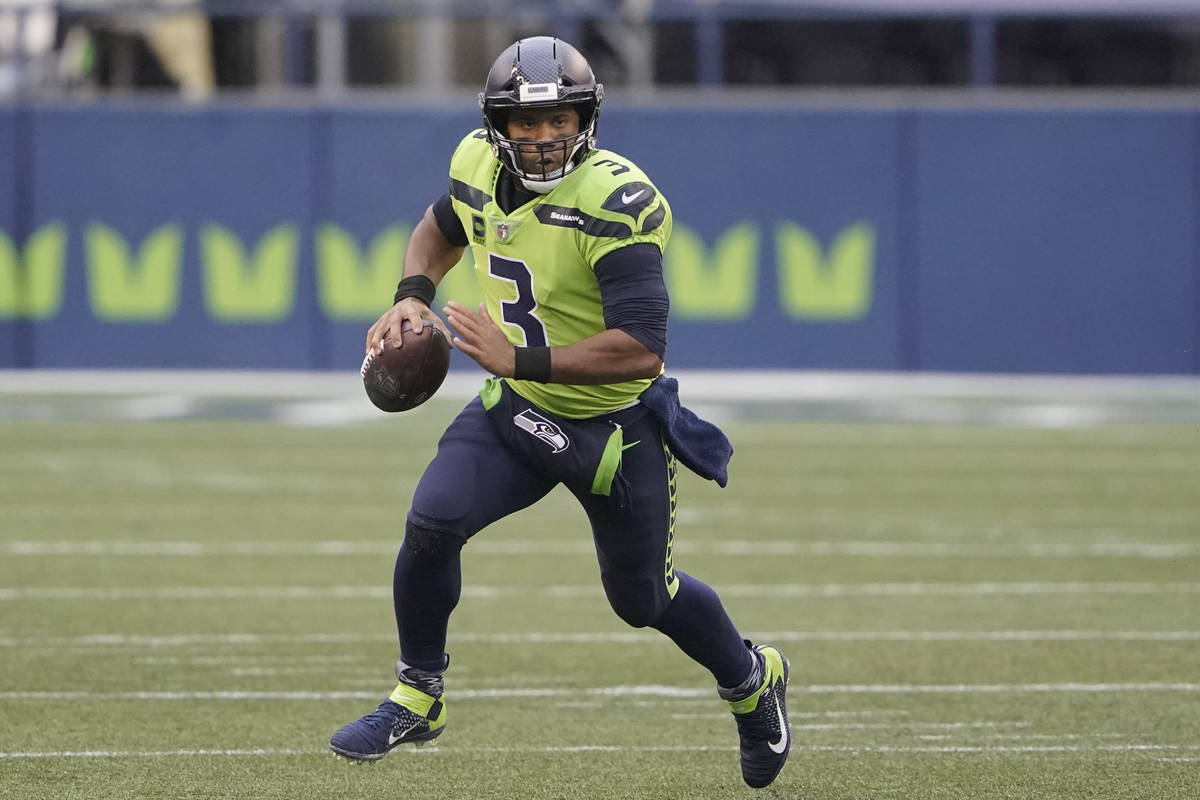 If Russell Wilson gets traded this offseason, the Raiders are the betting favorites to acquire the Seattle Seahawks quarterback.

The bad news for Las Vegas fans hoping to see the seven-time NFL Pro Bowler in Silver and Black is that oddsmakers don’t expect Wilson to be dealt.

“I would say the chances are less than zero,” said Ed Salmons, Westgate sportsbook vice president of risk. “Because Seattle’s not in a position to rebuild after trading their first- and second-round picks for the next two years (for Jets safety Jamal Adams).”

That said, Sportsbetting.com, an online sportsbook in Colorado, posted odds on the next team for Wilson and Houston Texans quarterback Deshaun Watson. Each player must be traded by Sept. 1 for action.

Unlike Watson, Wilson — married to Grammy Award-winning singer Ciara — hasn’t demanded a trade. But his agent, Mark Rodgers, told ESPN that the QB would accept one to the Raiders, Cowboys, Saints and Bears.

“There’s certainly a lot of speculation and uncertainty, including the fact that it’s very unlikely he’ll actually be traded,” SportsBetting.com head trader Lenny Estrin said in an email. “At the end of the day, the Raiders can’t move to the glitz and glamour of Las Vegas with Jon Gruden at the helm and continue to be mediocre. They have to make a splash at some point, and what better way than to bring Wilson and Ciara and their growing celebrity status to Sin City.”

Watson favored to be dealt

Salmons makes Watson, 25, a small favorite to be traded.

“That would be much more viable and he’s got way more value than Wilson because he’s seven years younger,” he said.

An ESPN radio station reported that Watson would approve a trade to the Dolphins, Jets and Panthers.

“They make the most sense because those teams have got the capital to make a trade,” Salmons said.

Sportsbetting.com also has odds on the New England Patriots’ next QB. Raiders backup Marcus Mariota is the +250 favorite, followed by Jacoby Brissett (+350), Jarrett Stidham (4-1), Cam Newton (5-1) and a rookie QB (5-1).

“Mariota makes sense in New England in a lot of ways,” Estrin said. “He’s a heady quarterback that isn’t going to lose games behind mental mistakes. He’s accurate with the short-distance passes, and he’s a high-character guy that will have no problem adopting the (coach Bill) Belichick way.”

Garoppolo is a -500 favorite to start the season for San Francisco. Lock is -149 to start the year for Denver, which has the ninth pick in the 2021 draft.

The Westgate posted odds on Denver’s next QB at their book in Colorado and have Lock and a rookie QB tied as the +120 favorite. Salmons sides with a rookie.

“I would be shocked if Denver goes with Lock,” he said. “You’re in position to take a quarterback and you’ve got plenty to choose from.”