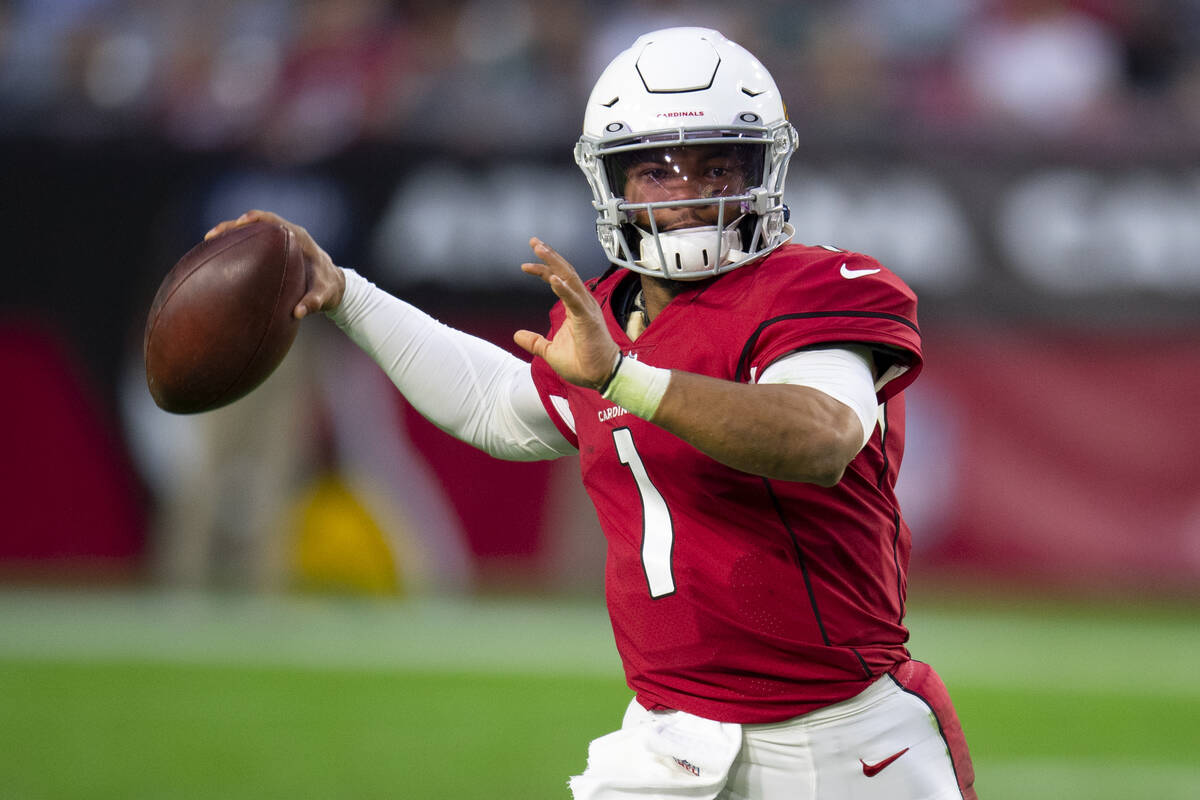 The Arizona Cardinals won and covered eight of their nine road games in the regular season, including a 37-20 victory over the Los Angeles Rams on Oct. 3.

Sharp bettors are banking on the Cardinals to extend that trend in Monday’s NFC wild-card playoff game at LA’s SoFi Stadium.

The South Point sportsbook took sharp action on Arizona +4 over the Rams, who are down to consensus 3-point favorites at Las Vegas sportsbooks after the line opened at 5.

The line is 3½ at Station Casinos and BetMGM. The Cardinals are +150 on the money line. The consensus total is 49½.

Caesars Sportsbook took a $350,000 wager to win $560,000 on Arizona (+160) on the money line. But Caesars vice president of trading Craig Mucklow said the book still needs the Cardinals.

Sharp bets have been reported on both sides of the total.

“The market has moved on the Cardinals, but our heavy hitters have not weighed in on the side,” Circa sportsbook manager Chris Bennett said. “We took a sharp bet under 50½ in Colorado, so I moved from 50 to 49½ in Nevada without taking a bet here.

“Otherwise, the total has been pretty stable. Parlays from the weekend are tied more to the Rams covering than the Cardinals.”

“There’s carryover liability in almost all scenarios,” Red Rock Resort sportsbook director Chuck Esposito said. “However, the best case is the Cardinals and under.”

The Westgate SuperBook needs the Rams.

“But with all the favorites, we don’t win on the Rams. We lose less,” SuperBook vice president of risk Ed Salmons said.