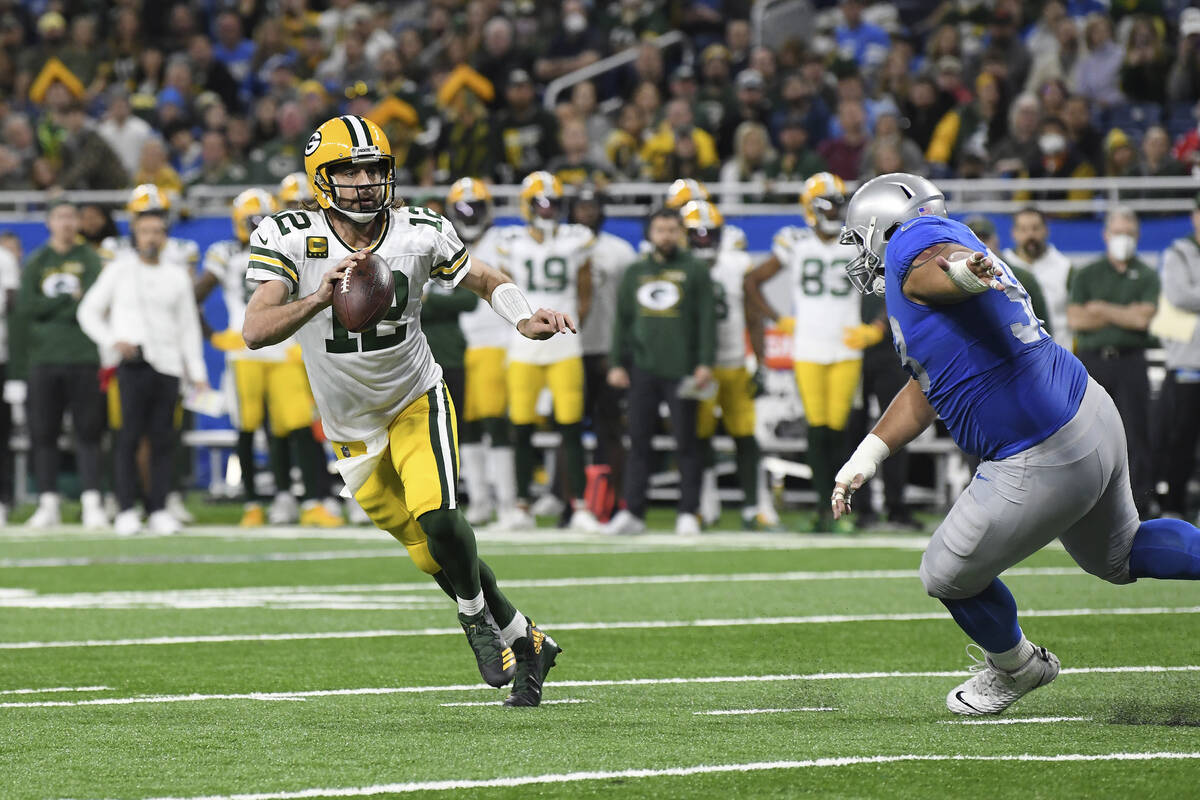 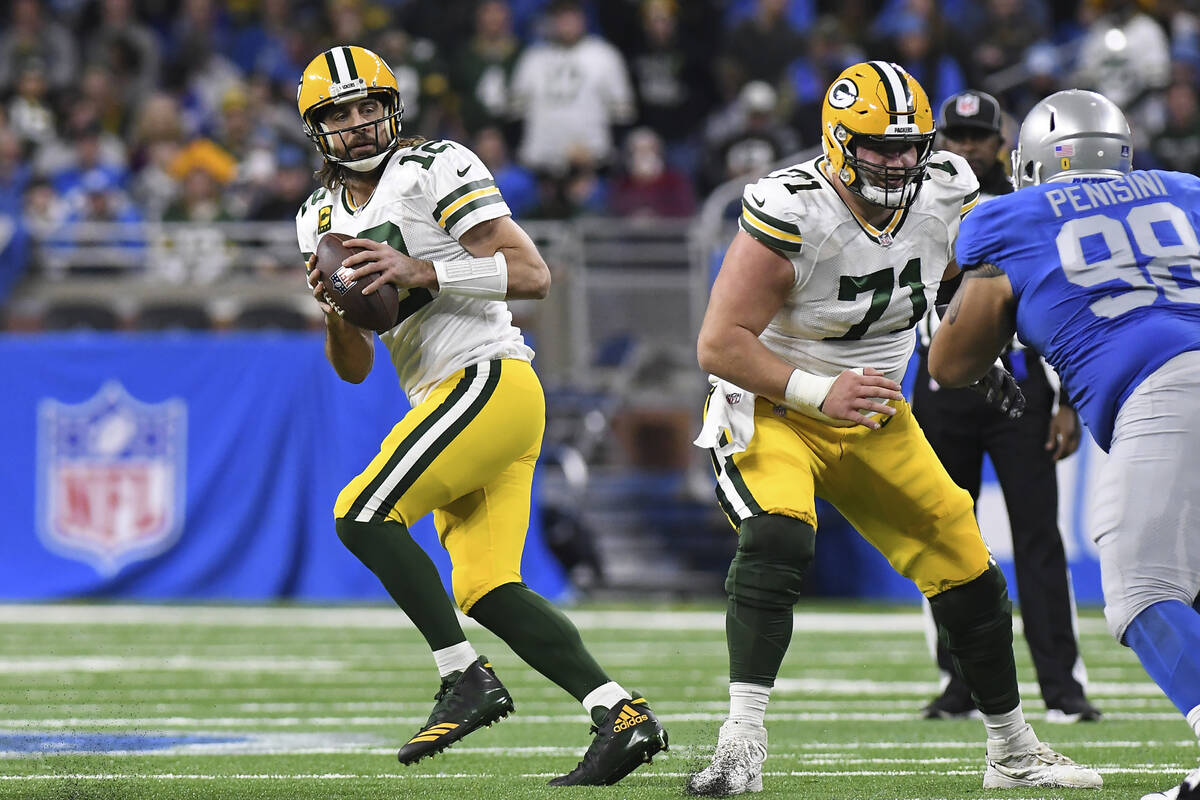 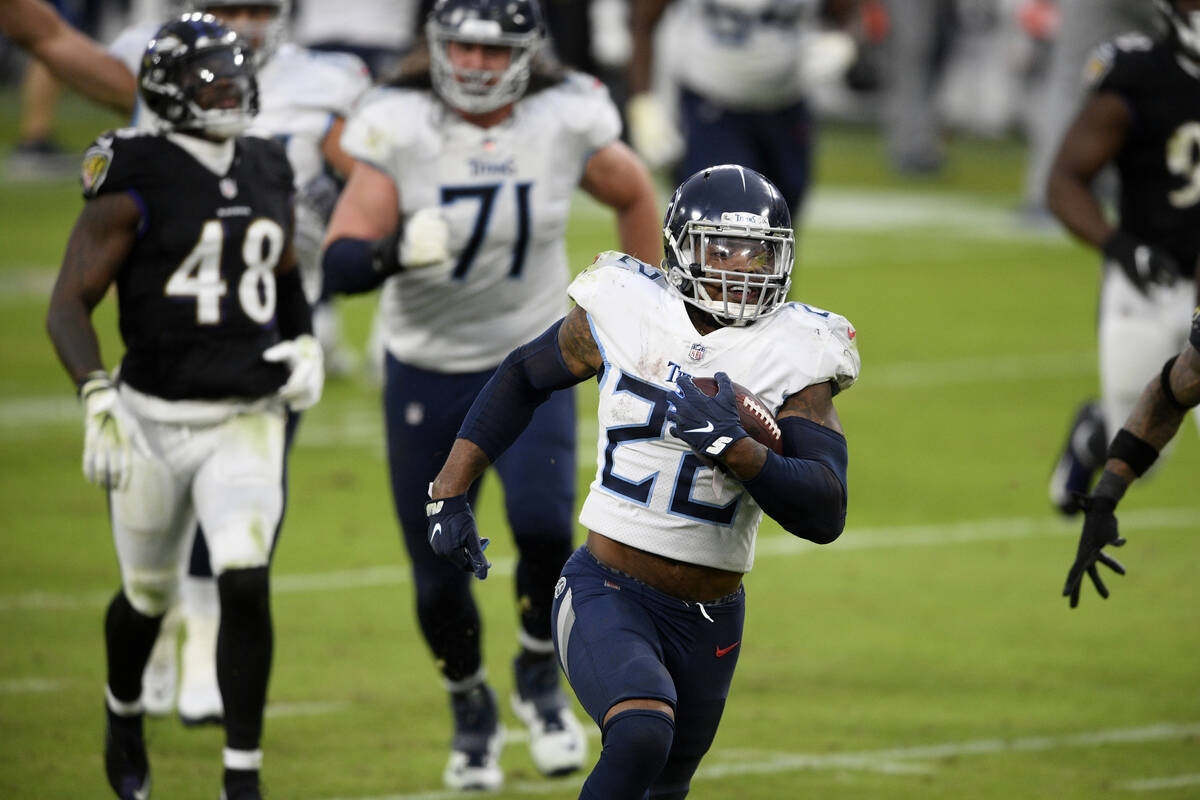 Tennessee Titans running back Derrick Henry (22) runs for a game-winning touchdown against the Baltimore Ravens during overtime of an NFL football game, Sunday, Nov. 22, 2020, in Baltimore. The Titans won 30-24 in overtime. (AP Photo/Nick Wass)

The vast majority of money wagered on the NFL is placed on the day of the games. But Las Vegas sportsbooks already have taken a bevy of sharp bets on all four divisional playoff games this weekend.

Sharp bettors are banking on top-seeded Tennessee to beat Cincinnati in Saturday’s first game. Circa Sports took sharp action on the Titans -3, and the Westgate SuperBook took a $90,000 wager on Tennessee -3½, the consensus line after it climbed to 4.

“We’ve been a little surprised by the overwhelming support the Titans are getting from sharp people and the public,” SuperBook director John Murray said. “Right now, our biggest need is the Bengals. But when we went to 4, sharp groups were more than willing to take +4.”

Running back Derrick Henry was activated Friday and is expected to start for Tennessee, which is 8-0 under coach Mike Vrabel on eight days of rest or more.

“We got some action right away on the Titans,” Circa sportsbook manager Chris Bennett said. “The Titans are an interesting team. It feels like they didn’t get a lot of respect for much of the year and kind of exceeded expectations.

“I have a very high opinion of them. They’re capable of winning the Super Bowl, though I don’t think they’re as good as the Bills or Chiefs. They’ll almost certainly be an underdog in the AFC championship game if they beat the Bengals.”

There has been sharp action on both sides of this Saturday night game at Lambeau Field. Circa took sharp bets on Green Bay from -4 to -5½ before a flurry of sharp money poured in on San Francisco at +6 there and at Caesars Sportsbook, BetMGM and the SuperBook.

The top-seeded Packers were the NFL’s only unbeaten team at home at 8-0. But Green Bay quarterback Aaron Rodgers is 0-3 against the Niners in the playoffs, and sharp bettors expect his struggles against San Francisco to continue.

“A lot of sharp people are on San Francisco. A respected group took 6 with us,” Murray said. “That kind of surprised me, too. San Francisco is a little dinged up right now.”

Circa also took sharp action on both sides of the total: over 47 and under 47½.

Los Angeles is a popular public underdog at +3 at Tampa Bay in Sunday’s first game. But sharp bettors at Circa backed the Bucs -2½.

“We got money right away on the Buccaneers to get us to 3,” Bennett said. “I’ve been skeptical of the Rams. I feel they’re not going to win the Super Bowl. But things have turned for the Buccaneers with injuries on the offensive line and in their wide receiving corps.”

Murray said a sharp group bet under 48½, which caused the SuperBook to lower the total to 47½.

BetMGM took some sharp play on Buffalo +2½ over the Chiefs in Sunday’s nightcap at Kansas City, and Circa took a money-line bet on the Bills from a sharp customer.

The consensus line is down to 1½, and the consensus total is 54 in a rematch of last season’s AFC title game, which Kansas City won 38-24.

“That is definitely the game of the weekend,” Bennett said. “They’re definitely two of the three best teams in the NFL. Some people might be wishing this was the AFC championship game. We expect a ton of handle on this game.

“I think the Bills are a little bit better than the Chiefs. It just sort of feels like this could be the year for the Bills.”

Circa took a sharp bet on under 55.

“I think 55 is too high. That’s a pretty big number for an NFL total,” Bennett said. “I know both teams lit up the scoreboard in the wild-card round. But it’s not like their defenses are that bad.”