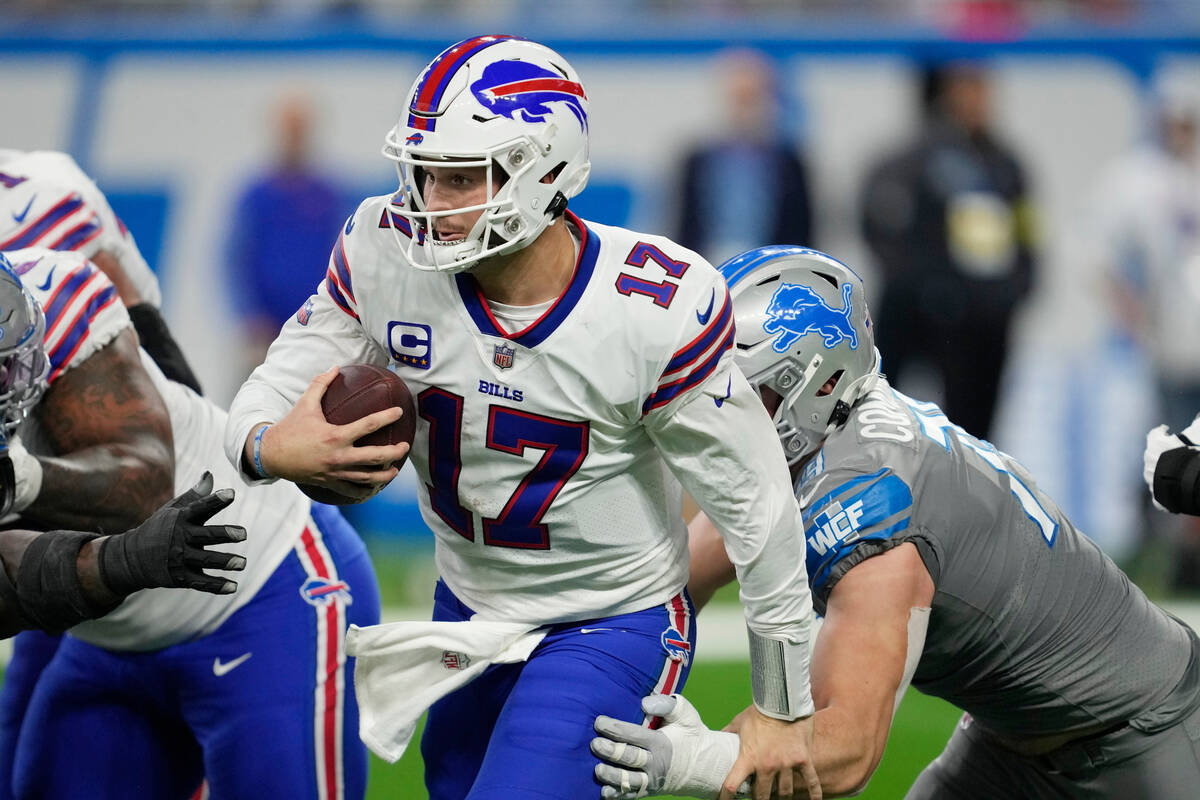 Buffalo Bills quarterback Josh Allen scrambles during the second half of an NFL football game against the Detroit Lions, Thursday, Nov. 24, 2022, in Detroit. (AP Photo/Paul Sancya)

Sharp money is showing up on both sides of the “Thursday Night Football” matchup between the visiting Buffalo Bills and New England Patriots.

The Bills are 3½-point favorites at most Las Vegas sportsbooks. Circa Sports listed the Bills at -4 on Thursday afternoon.

“There is a decent amount of betting interest,” Westgate SuperBook director John Murray said via text message Thursday. “Sharps playing it both ways. Patriots +3.5 (-110) and Bills at -3.5 Even and -3 (-120). Good handle game.”

The Bills opened as 5½-point favorites at most sportsbooks before the line dropped during the week.

Buffalo attracted 54 percent of the ticket count, according to Red Rock Resort sportsbook director Chuck Esposito, and he called it a classic Joes vs. Pros game, though with the public backing the underdog.

“Public all over the Pats. Sharps on the Bills,” he said via text message. “Big game for both teams.”

Buffalo is tied for first in the AFC East with Miami at 8-3 and edged the Lions 28-25 on Thanksgiving for its second straight win.

The Patriots are 6-5 after losing to Minnesota a week ago and 2-5 against the spread in their last seven games as underdogs.