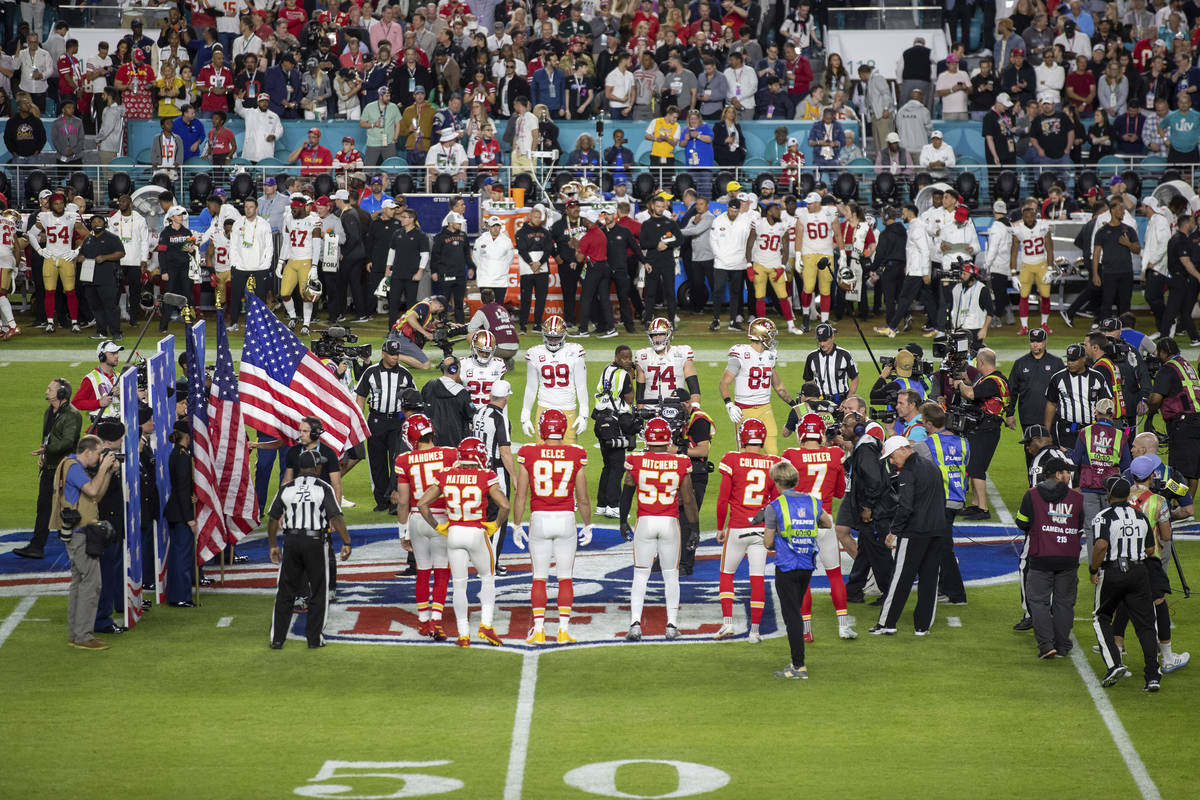 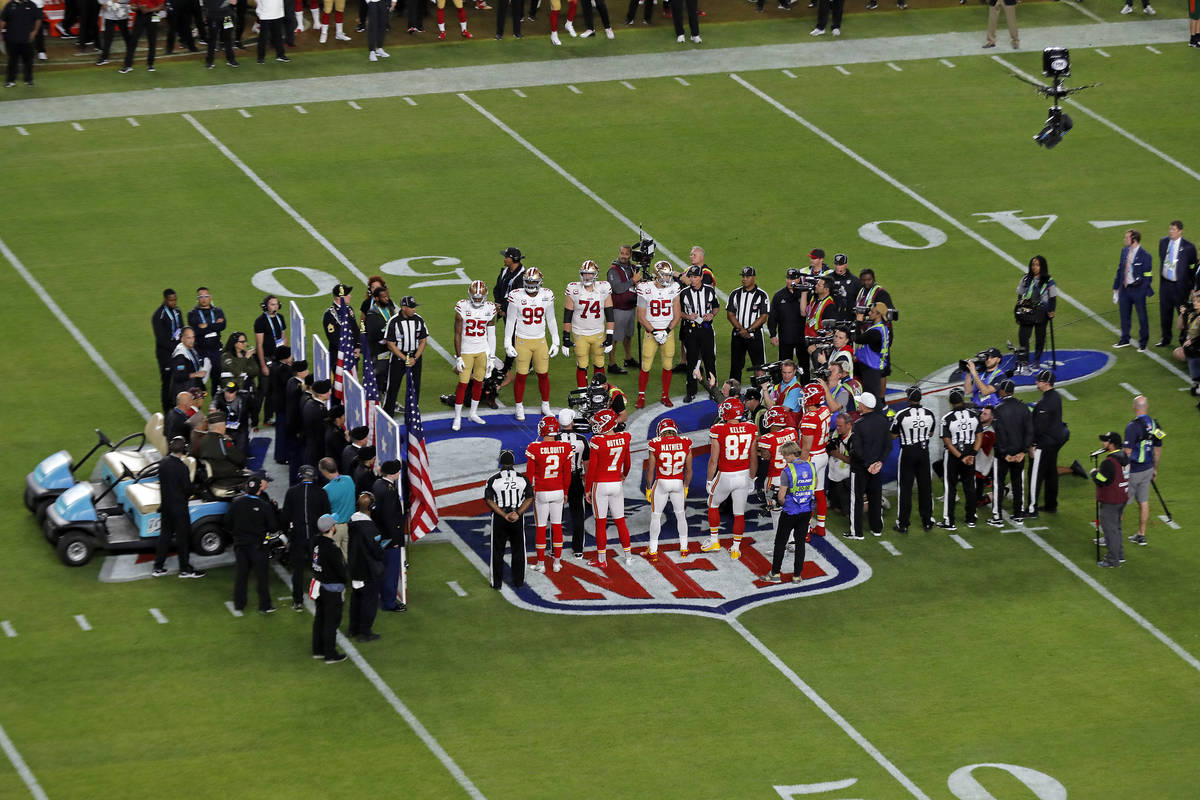 The coin toss between the San Francisco 49ers and the Kansas City Chiefs prior to the NFL Super Bowl 54 football game Sunday, Feb. 2, 2020, in Miami Gardens, Fla. (AP Photo/Adam Hunger)

There are no stats to break down, no one to consult to try to gain an edge. It just provides a little bit of action for bettors eager to get started before the Super Bowl kicks off.

Since there is no “sharp” side to the bet, sportsbooks theoretically make money on every coin toss bet they take. (Of course, they can still lose money on the prop if more money is wagered on one side than the other.)

With that built-in house edge, many sportsbooks lower the price for each side. The South Point and Westgate are the lowest in Las Vegas at -102, and the Wynn is next at -103.

Circa Sports is having fun with the bet, dealing -104 for heads but -105 for tails. Circa owner Derek Stevens joked on Twitter that an “onslaught of sharp money” caused the line on tails to move.

The Golden Nugget, Station Casinos and William Hill have the coin toss odds at -105. BetMGM is sticking with the traditional -110.

And if bettors still can’t decide who’s going to win between the Chiefs and Buccaneers, the Golden Nugget allows them to let fate decide their betting interest. “Will the team that wins the coin toss win the game?” is available at -105 on both sides.