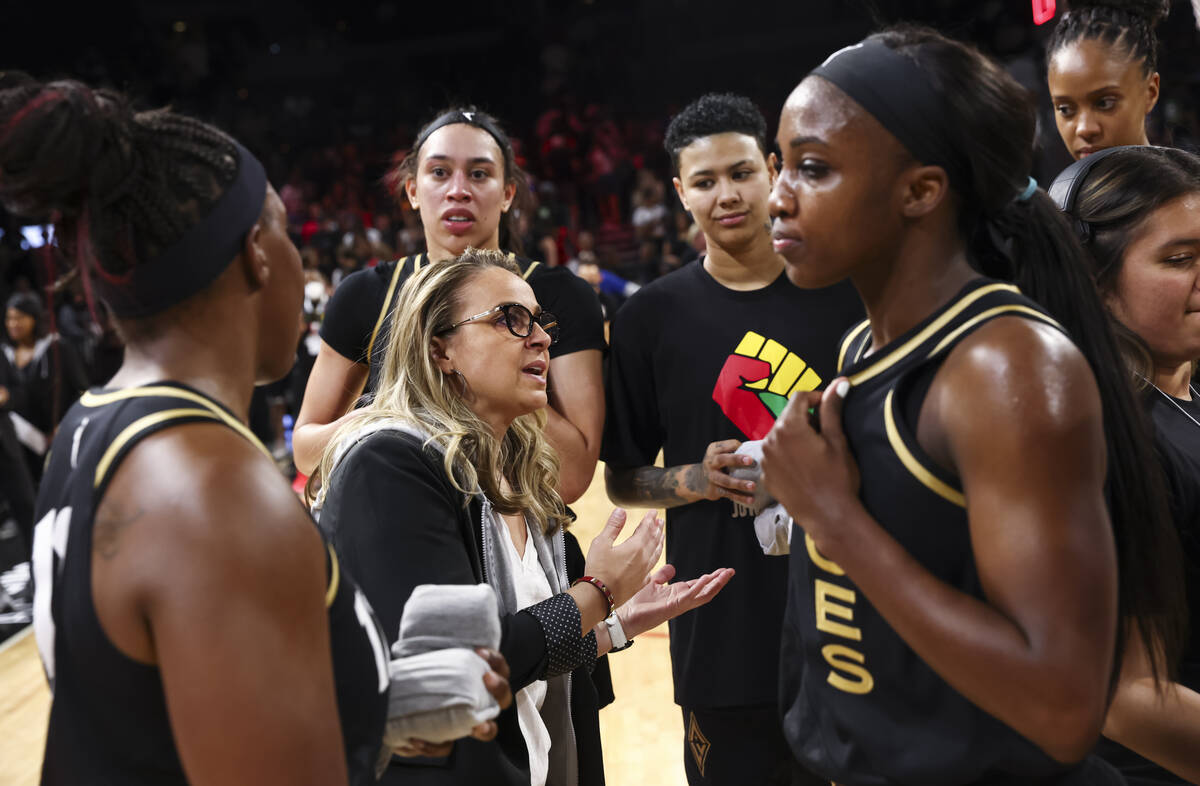 Losing four-time WNBA All-Star center Liz Cambage in free agency appears to have inadvertently helped the Aces, off to the best start in franchise history and the betting favorites to win the franchise’s first league title.

The Aces, with a league-leading 13-2 record, are even-money favorites at the Westgate SuperBook to win the WNBA championship, and oddsmaker Jeff Sherman attributes much of the team’s success to the loss of Cambage and addition of first-year coach Becky Hammon.

“They’re playing a different style because they don’t have to clog the middle going to the post,” he said. “Becky Hammon has got this team playing more of an NBA-style perimeter game. It’s definitely an improvement from where they were last year.

“They’re leading the league in margin of victory, and they’ve just been impressive to start.”

The Aces, who opened at 4-1 to win the title, are second in tickets and money wagered at the Westgate to claim the crown behind the defending league champion Chicago Sky, the 5-1 third pick to repeat as champs.

In a potential WNBA Finals preview, the Aces host the Sky (10-5) on Tuesday night at Michelob Ultra Arena. Sherman projects the Aces, riding a four-game winning streak, to be 4½-point favorites.

Phoenix opened as the +350 title favorites. But their odds soared after seven-time All-Star center Brittney Griner was detained in Russia on Feb. 17 after airport authorities said a search of her bag revealed vape cartridges containing cannabis oil. She will remain in custody in Russia through at least July 2.

The regular season ends Aug. 14, and the top two seeds receive a bye to the semifinals (third round).

“They’re putting themselves in position for that,” Sherman said of the Aces, who were swept by Seattle in the 2020 WNBA Finals.