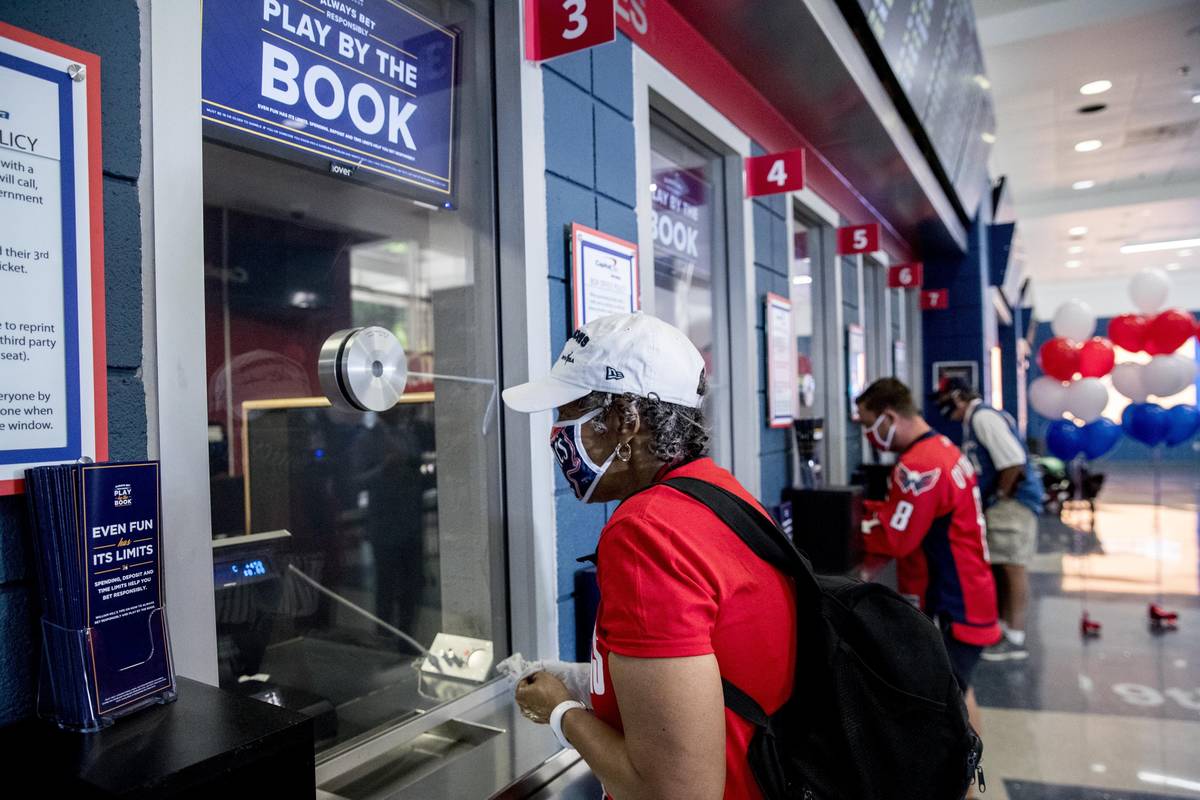 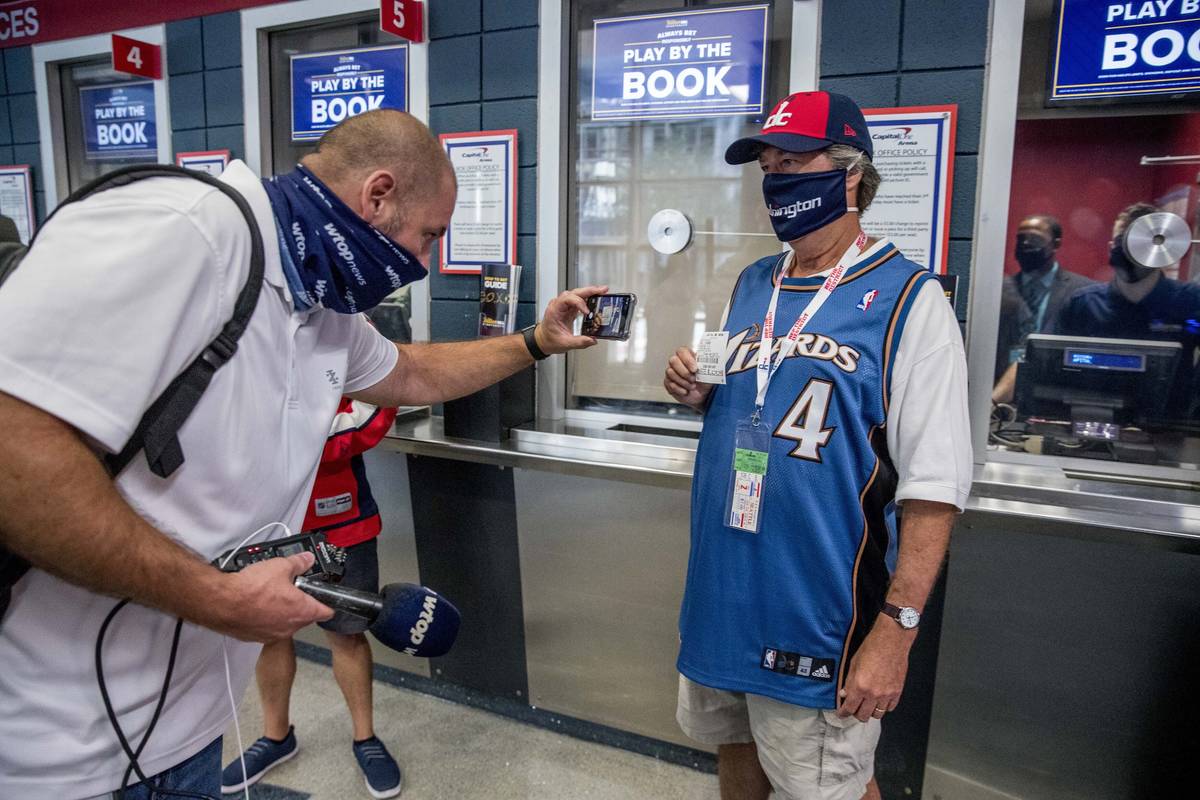 Season ticket holder David Dwornik, right, poses for a photograph for a reporter with his betting ticket as he is among the first to place bets as the William Hill US opens a sports book betting location inside Monumental Sports & Entertainment's Capital One Arena Box Office in Washington, Monday, Aug. 3, 2020. (AP Photo/Andrew Harnik) 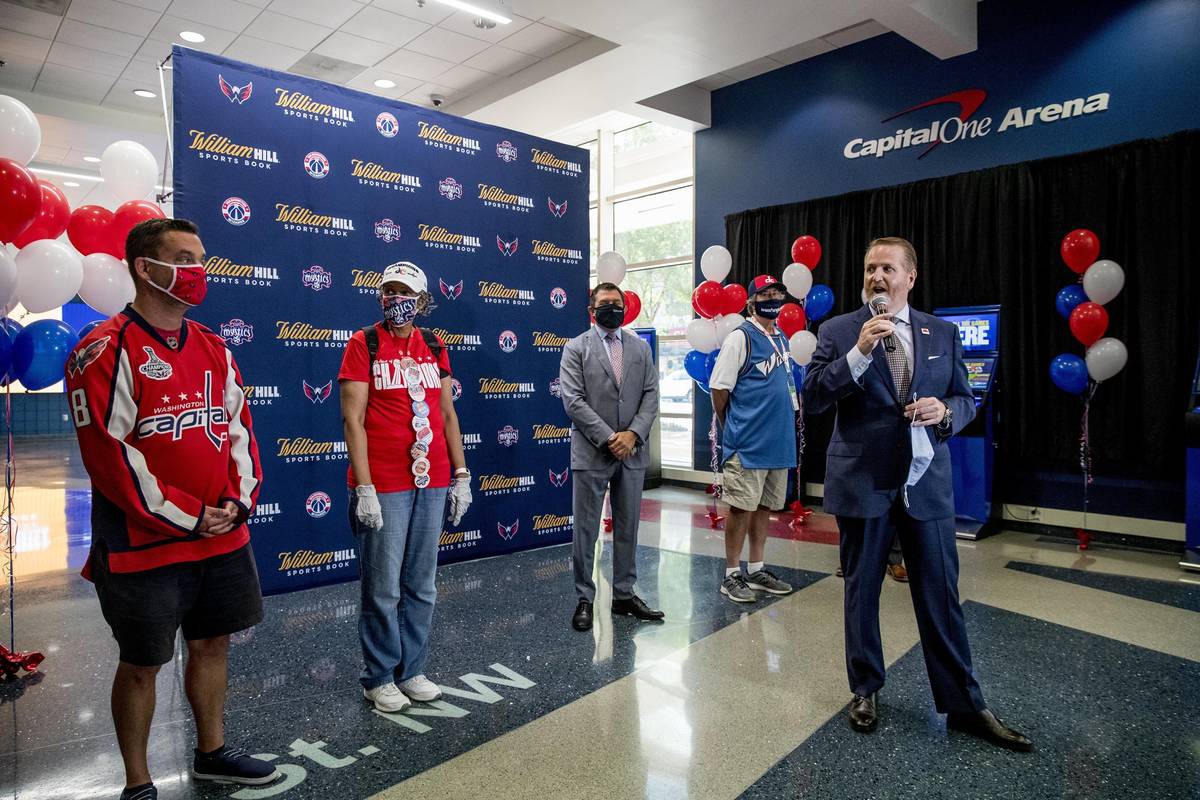 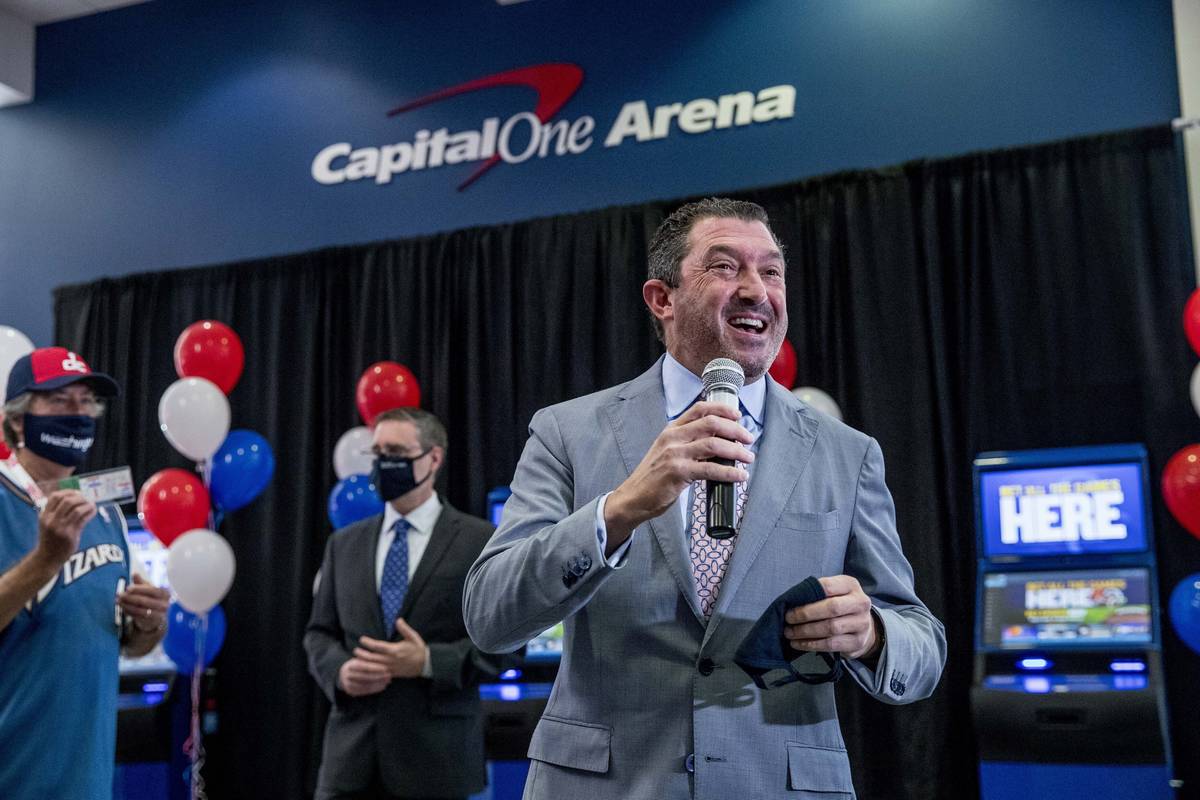 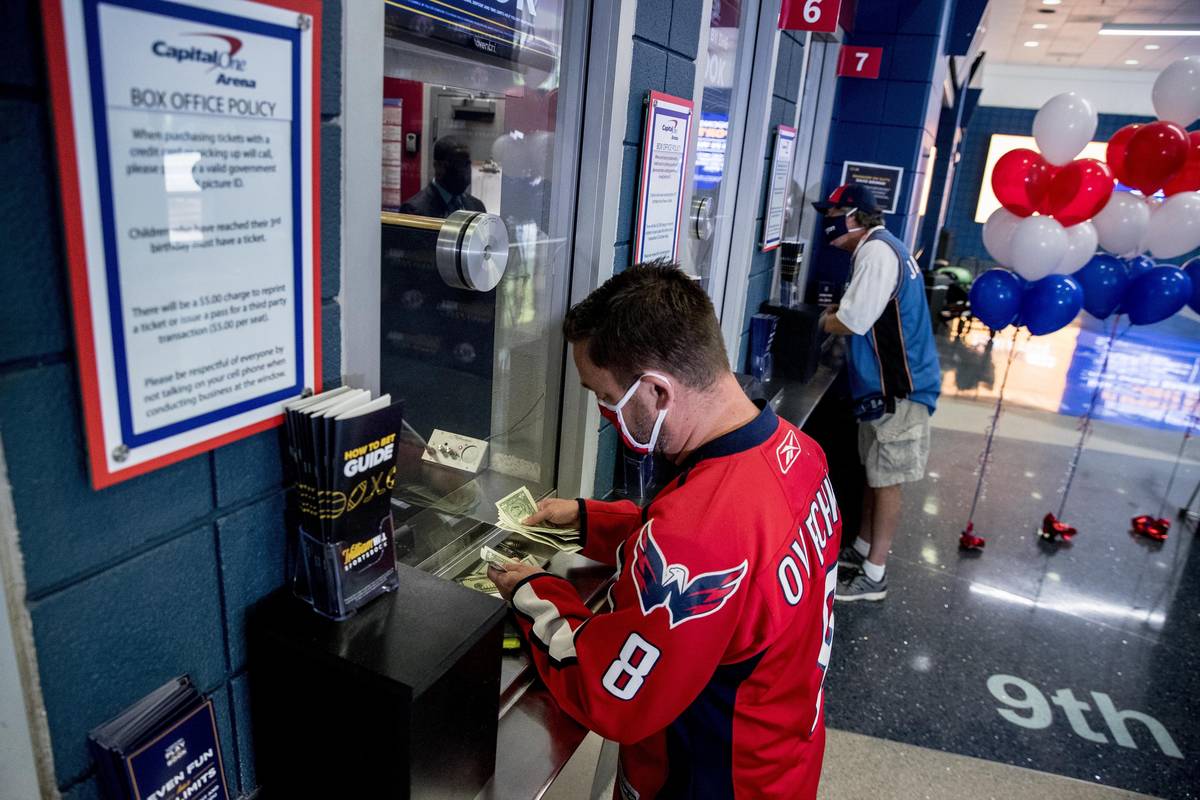 William Hill officially opened the first sportsbook at a U.S. pro sports venue Monday at Capital One Arena in the District of Columbia.

William Hill opened a temporary book inside the arena’s box office — with seven ticket windows and 10 kiosks — as part of a partnership with Monumental Sports and Entertainment, which owns the arena and the Washington Wizards, Washington Capitals and Washington Mystics.

“Washington, D.C., is known for its dedicated sports fans, and we’re excited to finally bring them a new way to engage with their favorite teams. Being the first to open a retail location in a professional sports venue wouldn’t be possible without our relationship with (Monumental CEO) Ted Leonsis and his team at Monumental,” William Hill US CEO Joe Asher said in a statement. “Our teams are working hard to finalize the permanent sportsbook, restaurant and bar concept we originally envisioned inside the arena.”

Design and construction on the permanent William Hill book are underway, and it is expected to open in the fall, pending regulatory approval. The book will have full-service food and beverage offerings.

William Hill also opened its first location in Illinois on Monday at the Grand Victoria riverboat casino near Chicago, marking its 10th state.

William Hill was founded in 1934 in London and licensed in 2012 to operate in Nevada, where it’s the state’s largest sportsbook operator with 114 locations.

William Hill will soon begin operating 11 Nevada books previously operated by Caesars Entertainment —including Caesars Palace — as part of its partnership with Eldorado Resorts, which acquired Caesars in a $17.3 billion merger in July.

“It’s very exciting,” said Bogdanovich, a Las Vegas native. “When I was a kid, I went to all the big fights at Caesars. Caesars is Caesars. It’s a big one.”