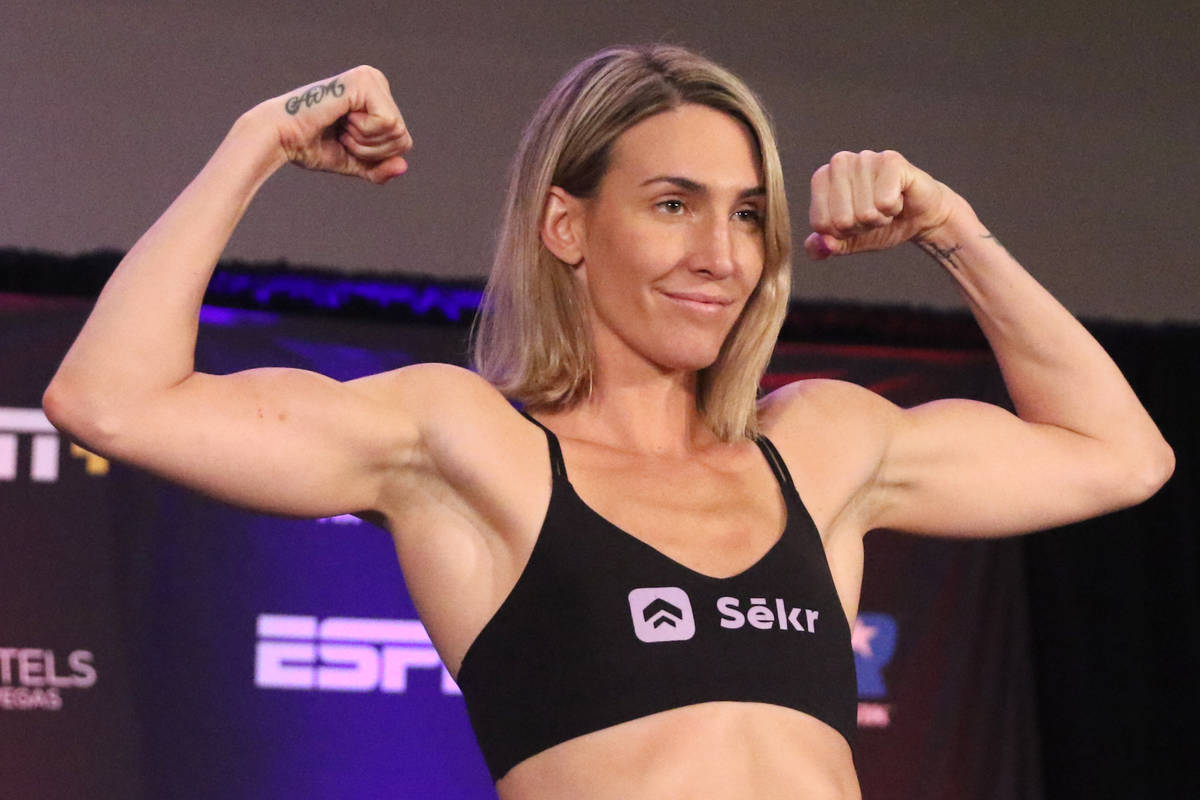 Inside Top Rank’s bubble in October, she’d just beaten Ewa Brodnicka to win the WBO junior lightweight world title. But Brodnicka, who had missed weight and wasn’t eligible to retain the title, had left the belt in the locker room.

“There’s crickets. I don’t have the belt, and I was like ‘What’s happening right now?’” Mayer said. “Oh, we’re in a pandemic. And I felt the pandemic.”

So it’s understandable that she’s excited for Saturday night, when she’ll defend the 130-pound title for the first time. Mayer (14-0, 5 KOs) will take on former two-division titlist Erica Farias (26-4, 10 KOs) in the co-main event of a Top Rank card from Virgin Hotels Las Vegas. The card will be shown live on ESPN.

A former U.S. Olympian, Mayer nearly transitioned to MMA and signed with Bellator before inking a promotional deal with Top Rank to pursue a professional boxing career. When she signed with Top Rank, she was the only female fighter on its roster. That’s still true today.

“A number of years ago, we met Mikaela,” Top Rank chairman Bob Arum said this week. “And we were not into women’s boxing. And we decided that we would try women’s boxing because of Mikaela. Because of her personality, the talent that she showed in the amateurs. And that experiment has worked.”

Arum went on to call for commissions to change the rules to align the rules for men’s and women’s fights. Women’s fights currently use two-minute rounds, while men’s rounds are three minutes. That makes knockouts far less frequent.

“That was really interesting, to hear that answer from him,” Mayer said. “Because I’ve been wanting to know, like, why haven’t we signed another female? It’s been three years. And someone who’s been such an advocate to grow women’s boxing, it’s kind of hard to sit here and say ‘Let’s grow women’s boxing’ but wait, why isn’t my promoter signing more females?”

Mayer knows she has a stern test with Farias, but she’s looking to the future. The World Boxing Super Series, which holds eight-person boxing tournaments, announced this week that it plans to hold a tournament in the female junior lightweight division. Mayer lit up at the possibility of defending her belt in the tournament, assuming promotional arrangements can be worked out.

She’s been in a sort of constant Twitter battle with WBC titleholder Terri Harper, and that’s the fight she wants. But she isn’t exactly holding her breath, knowing that Harper is signed to Matchroom Boxing, which also has WBA titleholder Hyun Mi Choi under its promotional banner.

One thing is clear: if she beats Farias, there’s a lot to look forward to in the near future.

The main card will open with a highly anticipated featherweight clash between Adam Lopez and former 122-pound titleholder Isaac Dogboe.