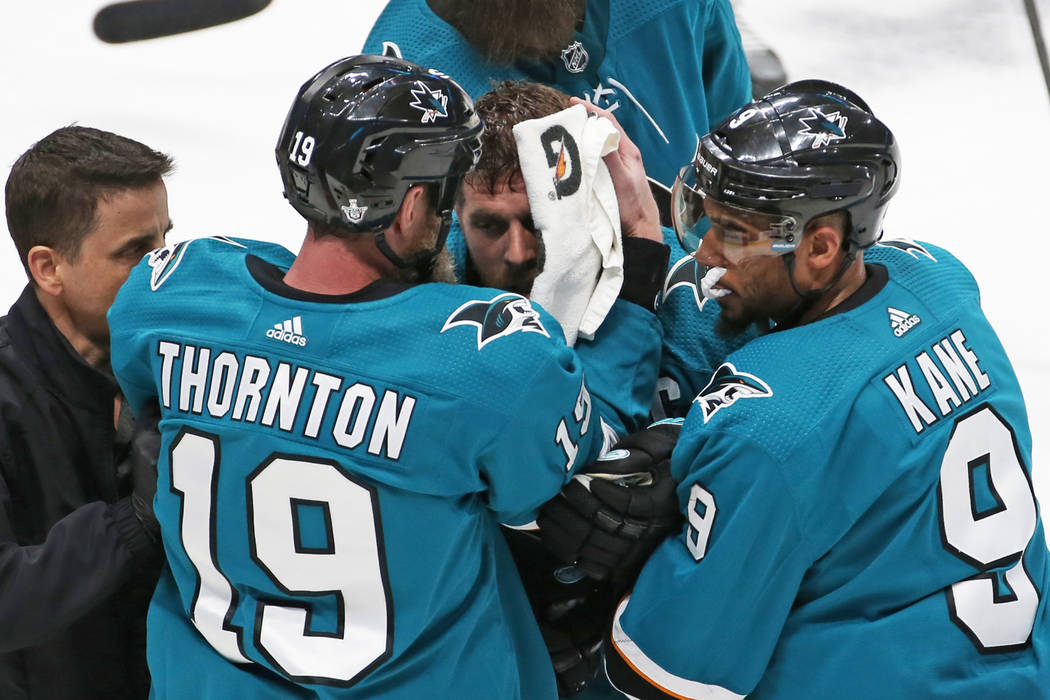 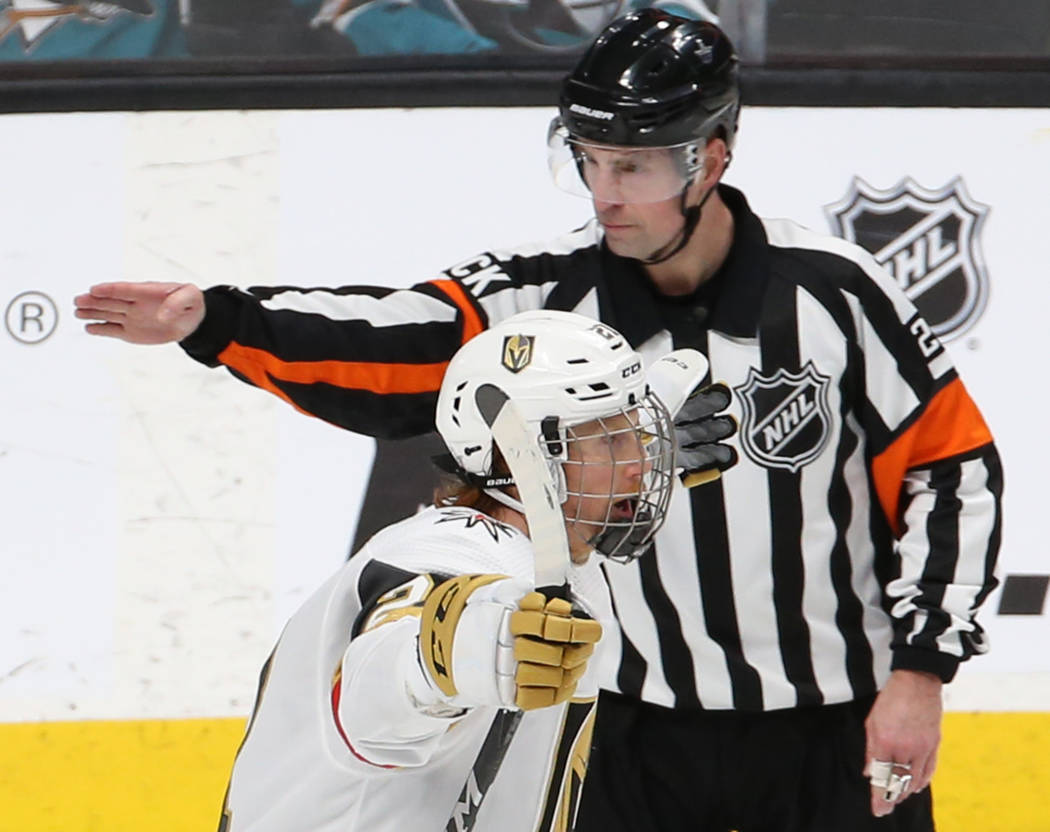 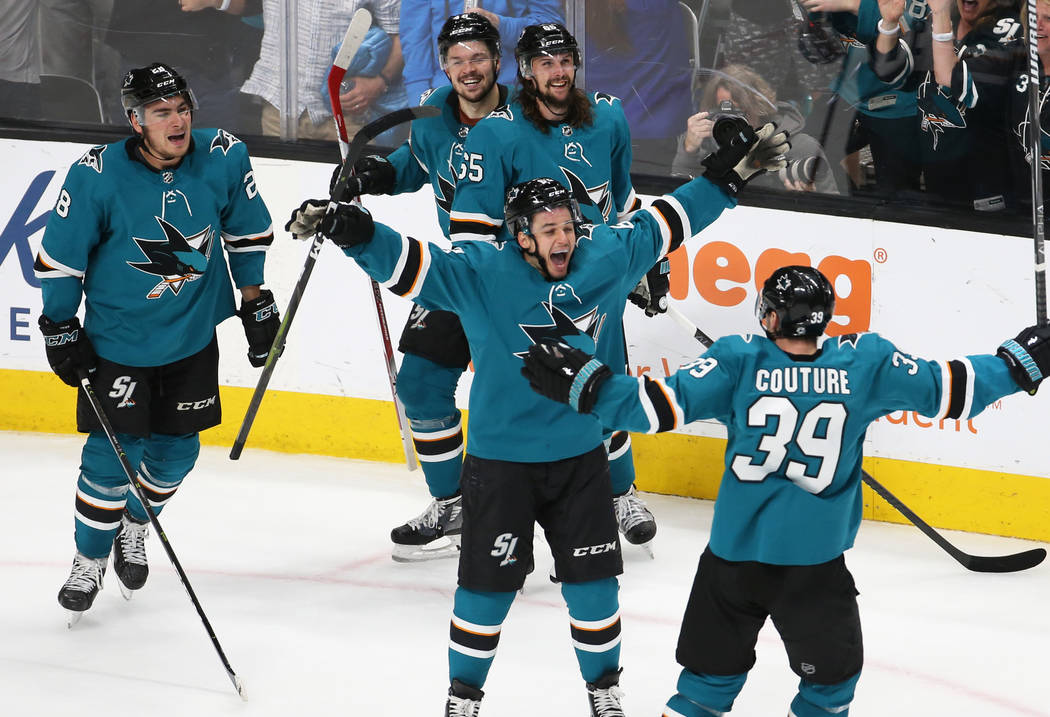 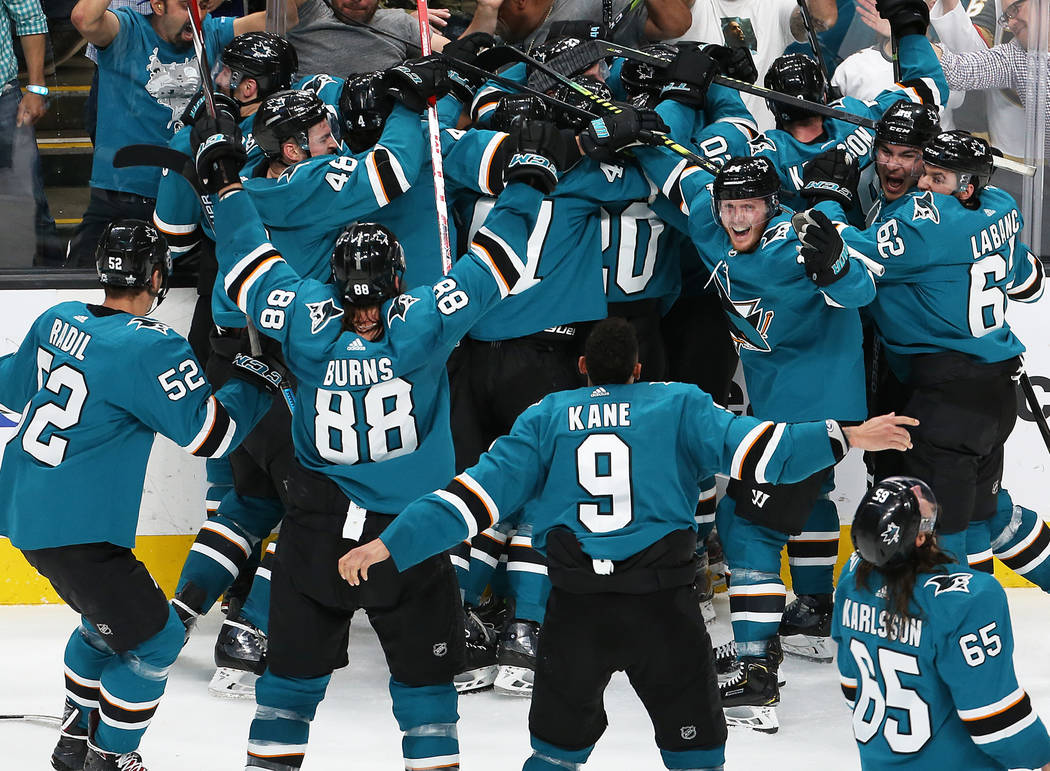 SAN JOSE, Calif. — Golden Knights forward Cody Eakin revealed before Tuesday night’s Game 7 of the Western Conference quarterfinals that he didn’t sleep well because of construction outside his hotel room.

It may be awhile before any of his teammates get a restful night after the way they lost the decisive Game 7 of their Western Conference quarterfinal playoff series against the San Jose Sharks at SAP Center — a 5-4 overtime decision.

A massively controversial call against Eakin midway through the third period with the Knights leading 3-0 triggered a five-minute major penalty and game misconduct. The Sharks scored four goals on the ensuing power play to take a 4-3 lead.

Jonathan Marchessault tied the game in the final minute of regulation, but Barclay Goodrow completed the Sharks’ rally from a 3-1 series deficit late in the first overtime when he beat Marc-Andre Fleury for the winning goal.

The focus on the game was on the call that saw Eakin penalized harshly for what ordinarily might have been a minor cross-checking infraction.

Joe Pavelski was knocked backward by the hit and bumped off balance into Paul Stastny before smashing his head into the surface, with his blood painting ice.

“I’m sure you’ve all seen it on TV,” Knights coach Gerard Gallant said. “There was no intent. I feel awful Joe got hurt. He’s a class player. Everybody loves him. But there was no intent. There was no high-stick that hit him in the face. When Stastny came out, he (Pavelski) sort of got caught up and fell and banged his head on the ice. That’s the unfortunate part of that.

“It was an awful call. We all saw it. It’s too bad we end up losing because of that because we were in control of the hockey game.”

Midway through the third period, the Knights were cruising toward a second-round matchup against Colorado. Instead, it will be a long offseason.

“It’s the same thing with the (New Orleans) Saints,” said Marchessault, invoking the missed pass interference call that kept them out of the Super Bowl. “It changes the whole outcome. Obviously, human error exists. It’s a fast game for everyone. I think everybody needs extra help. They made a bad call, and look where we are. Summer is starting. (Expletive) five months now until Game 1 of the regular season. It’s awful.

“You think we were ready to get our summer going? We’re a great team. It’s unbelievable.”

Eakin, who scored a goal and was playing a terrific game before the call ended his night, declined comment.