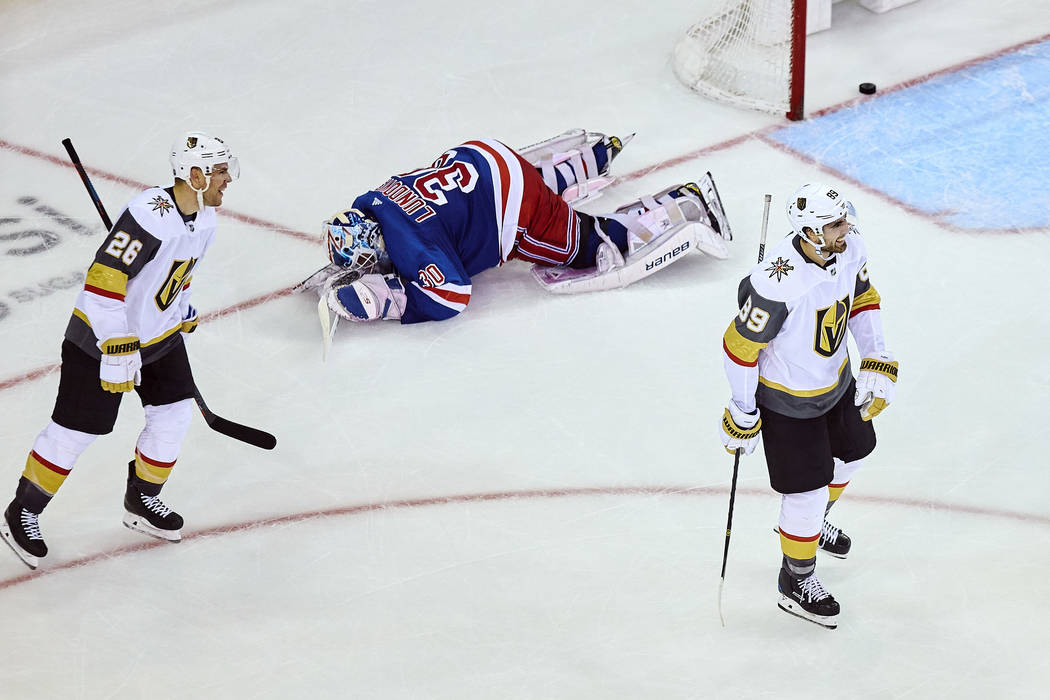 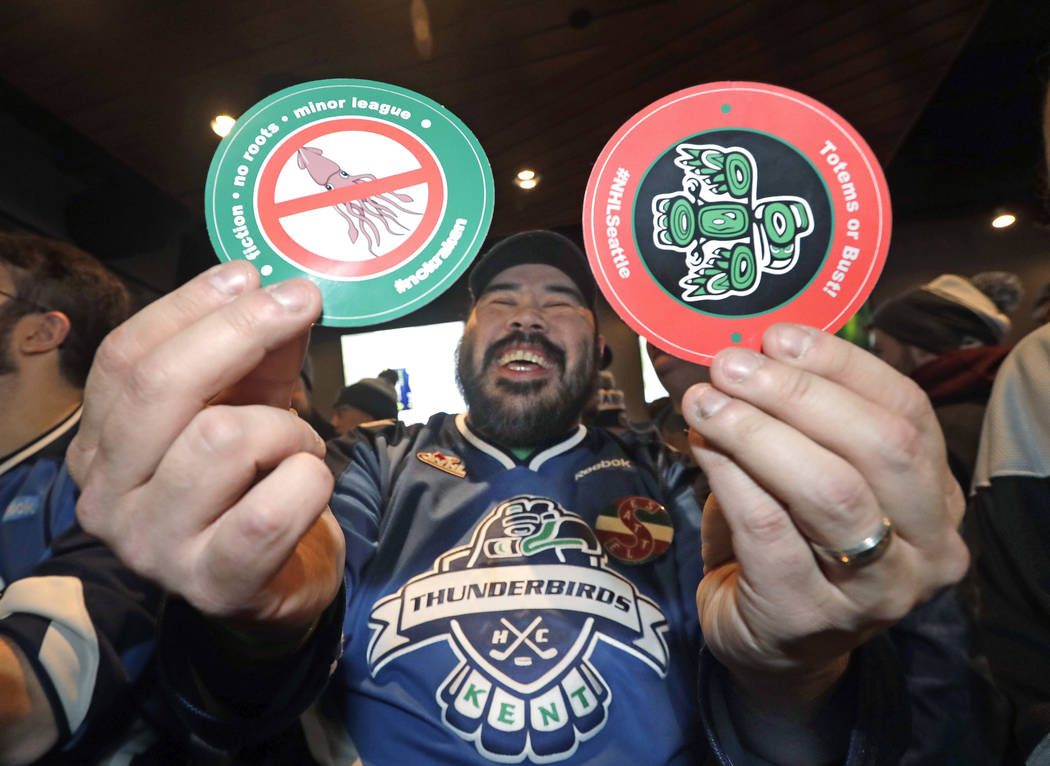 Otto Rogers playfully holds up stickers against the proposed name Kraken and in support of Totems following the announcement of a new NHL hockey team in Seattle, at a celebratory party Tuesday, Dec. 4, 2018, in Seattle. (AP Photo/Elaine Thompson)

Send NHL writer Ben Gotz all your Golden Knights questions and hot takes. Tweet him @BenSGotz or email at bgotz@reviewjournal.com.

The Golden Knights, who have played a league-high 22 road games, have spent plenty of time out of sight this season. They never seem to be out of mind in Las Vegas though, so let’s get to it:

There are reasons for Knights fans to be excited about the NHL adding a 32nd franchise. Everyone in the league will be weakened through the June 2021 expansion draft except Vegas, which is exempt.

The Knights also gain a division foe that might not be competitive for a few years as it finds its footing in the league. Of course, people said the same about Vegas heading into its inaugural year, but lightning isn’t likely to strike twice.

But while the team will not be hurt on the ice that much, it could be hurt off of it. Assistant general manager Kelly McCrimmon’s name has been mentioned as a potential Seattle GM candidate because of his expansion experience.

General Manager George McPhee told the Review-Journal during the Knights’ recent road trip that if Seattle wanted to interview McCrimmon, he would grant permission. So Seattle may poach talent from Vegas, just outside of the expansion draft.

“What is the idea behind different ‘lines?’ In most sports the best players play the entire, or most of the, game. Why aren’t the best players on the ice for, if not the whole game, at least most of it?” — Lee Bernstein (email)

The Knights are only in year two, so there’s still room for some general hockey questions in this space.

Short answer: A hockey shift is taxing. Forwards especially are skating hard for most of the 40 seconds to a minute they are on the ice at a time, and if you had just one or two groups of players taking shifts they would tire quickly.

They would also end the season black and blue since they would be taking and delivering even more hits than they already do.

Running out a third and fourth line gives the first and second lines enough rest so they (theoretically) still have fresh legs by the third period. And the bottom-line players often play important roles on teams as penalty killers, physical checkers and guys who bring energy.