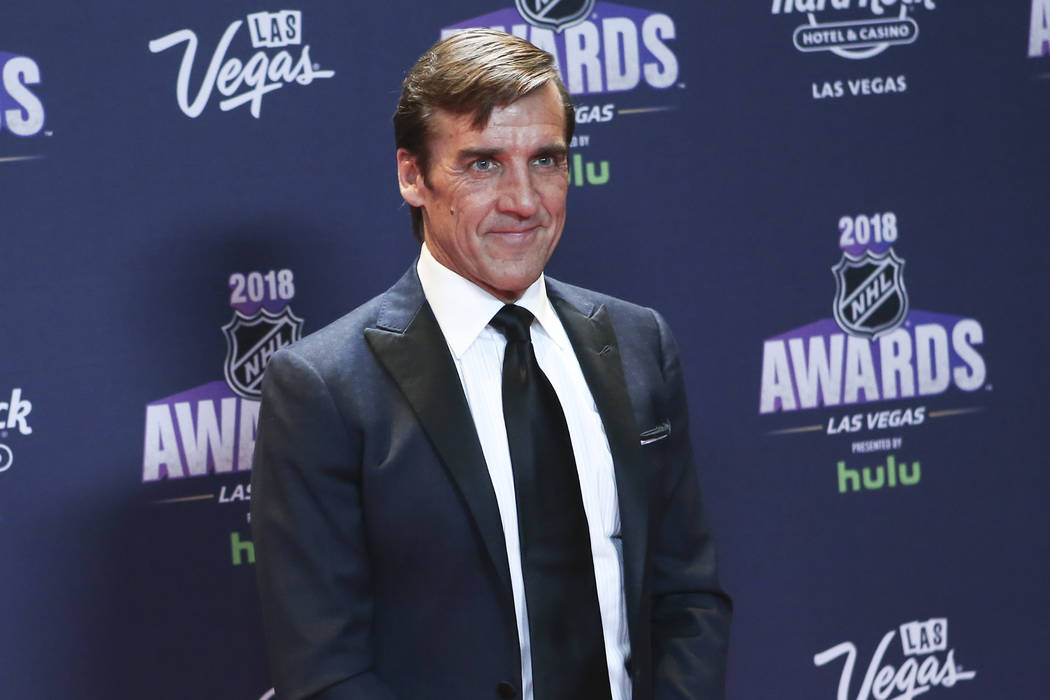 George McPhee, general manager of the Golden Knights, poses on the red carpet ahead of the NHL Awards at the Hard Rock Hotel in Las Vegas on Wednesday, June 20, 2018. Chase Stevens Las Vegas Review-Journal @csstevensphoto

DALLAS — A year ago, the Golden Knights were the focus of attention at the NHL draft in Chicago. They had three picks among the first 15 and would use all of them to help build their future.

Friday, the Knights are out of the spotlight. Barring any movement, they will not begin their draft until Saturday morning when they pick in the second round at No. 61 overall. They have seven picks total — one in the second and two selections each in the fourth, fifth and sixth rounds.

“We’re really well-prepared and we know who we like at 61,” said Knights general manager George McPhee, who spent Thursday in meetings with the league’s 31 other general managers at the Fairmont Hotel. 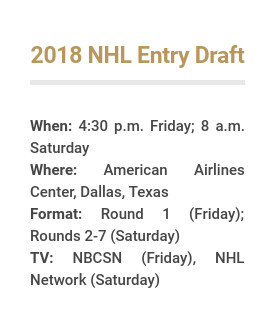 The Western Conference champions and Stanley Cup finalists are without a first-round pick for this year’s draft at the American Airlines Center after trading it to Detroit for Tomas Tatar on Feb. 26.

“We might get one of those guys anyway had we picked at 30. We’re ready to go and we’ll see what happens.”

The Buffalo Sabres have the first pick and are expected to select Rasmus Dahlin, 18, a defenseman from Sweden.

McPhee said his phone hasn’t been ringing off the hook as it did last year in Chicago on the eve of the draft.

“It’s actually been quiet,” he said. “It was meet with the amateur staff, then meet with the pros, then come here. I’ll make some calls (Thursday night) and see if anything develops.”

McPhee is aware of the rumors surrounding the Knights trying to make a deal with the Ottawa Senators to acquire all-star defenseman Erik Karlsson. He said the rumors are just that.

“That’s what it is — a lot of wild speculation,” he said.

McPhee said the bump in the salary cap for 2019 from $75 million to approximately $80 million won’t impact what the team does when free agency kicks off July 1.

“It’s the same for everyone, but we’re in good shape with the cap and we’ll see if there’s a way over the next three or four days to make our hockey club better,” he said. “If not, we’ll wait.”

McPhee said the team’s run to the Stanley Cup Final had no impact on the preparation for this weekend.

“The only thing the playoffs does in slowing you down is communicating with other teams,” he said. “We’ve been able to catch up with every team this week so there’s no issues there.”