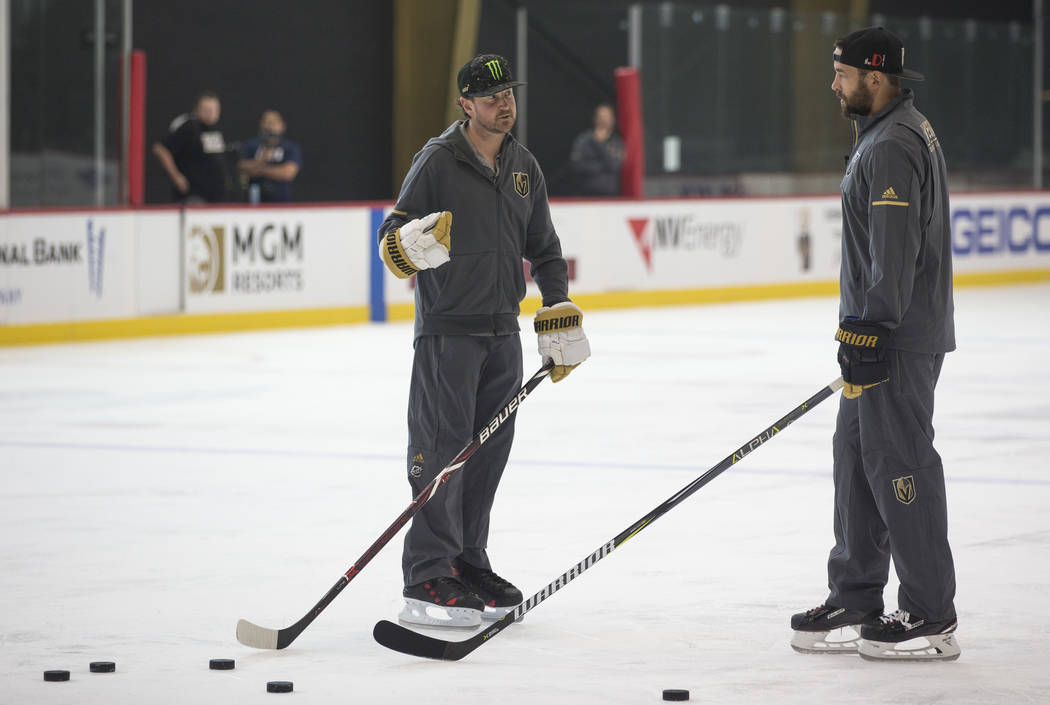 NASCAR star Kurt Busch of Las Vegas will go “Inside the Glass” during NBCSN’s coverage of Wednesday night’s Golden Knights game against the Boston Bruins at T-Mobile Arena.

He said he has no desire to go outside the glass.

Last August Busch put on the skates and took a tumble during a short hockey lesson with Knights’ defenseman Deryk Engelland during a media opportunity at City National Arena.

“Yeah, that was a little rough,” Busch said with a chuckle during a Tuesday telephone interview promoting next weekend’s Pennzoil 400 at Las Vegas Motor Speedway.

Busch, who was involved in a crash during the first half of Sunday’s Daytona 500, will participate in the “Wednesday Night Hockey” pregame show before joining NBC hockey analyst Pierre McGuire inside the glass at ice level for part of the second period.

“I’m looking forward to it, to experiencing the game from that perspective, to meet some of the players and to root on my hometown team, the Vegas G0lden Knights,” the 2004 Cup Series champion said.