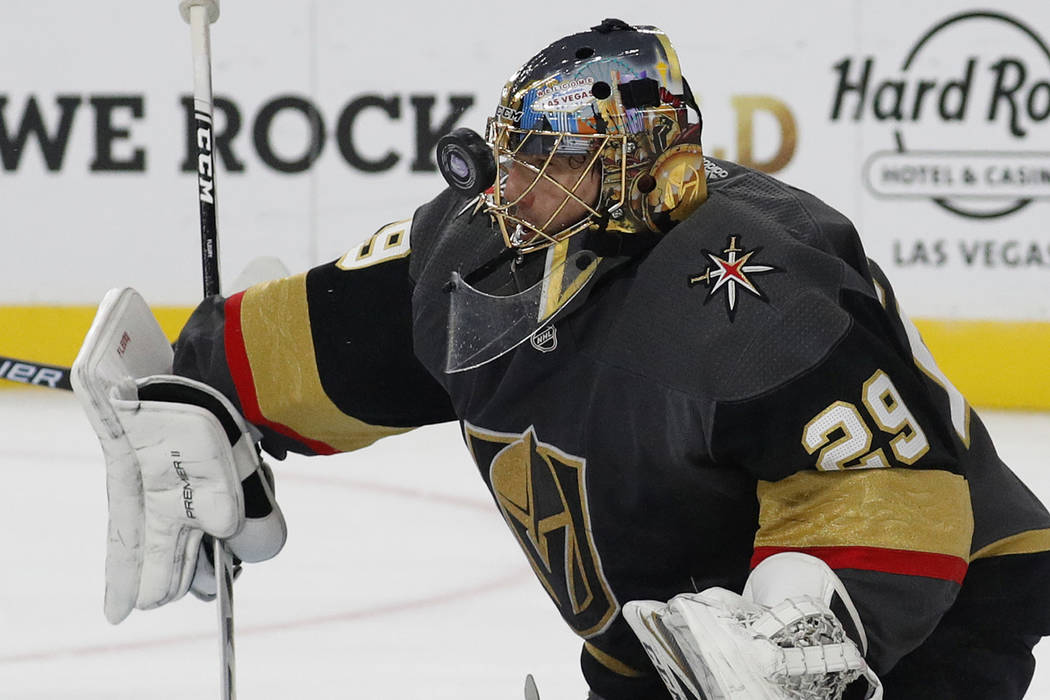 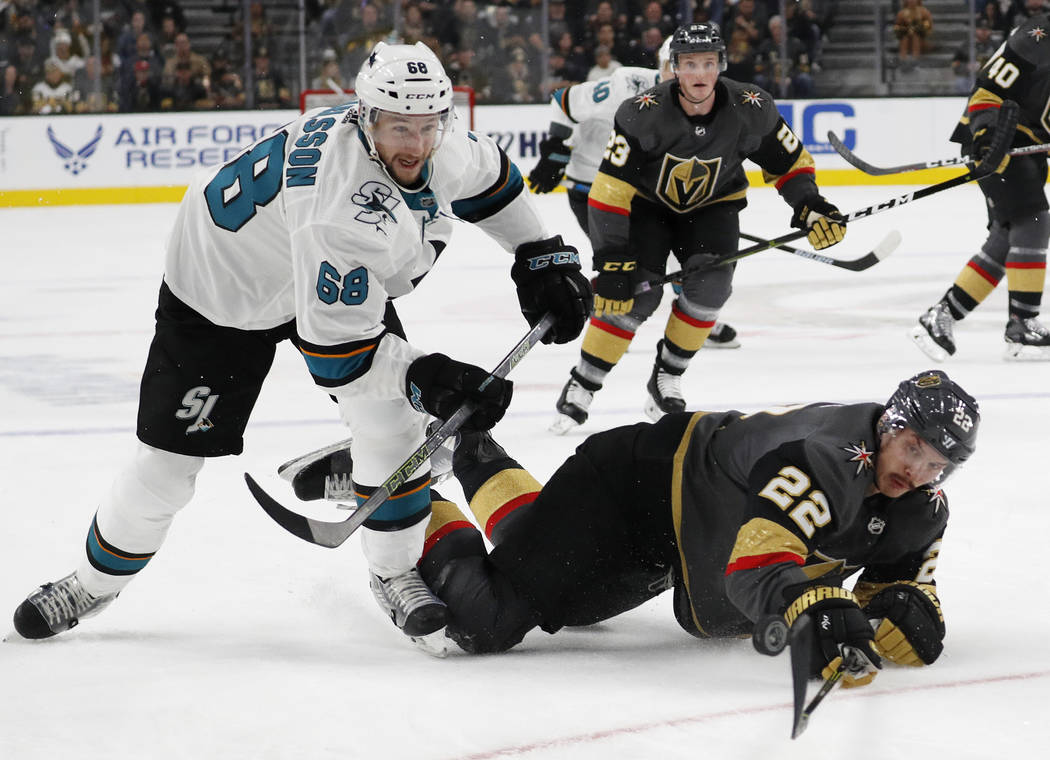 The second night of back-to-back games has typically been a time the Golden Knights look to give their starting goaltender a night off.

They bucked that trend on Saturday night by starting Marc-Andre Fleury against the Sharks at T-Mobile Arena a day after he recorded his league-high fourth shutout of the season in a 2-0 win over Calgary in the same building.

“He played real well yesterday and he feels good today,” coach Gerard Gallant said at the team’s practice facility on Saturday morning. “Everything’s great and there was no travel involved, so it’s an easy back-to-back with an afternoon game followed by a night game so he gets lots of time to rest.

“We don’t like when you have to have to travel and you have to play guys play back-to-back. It happens sometimes, but we think this is a good situation for him, especially the way he played.”

Fleury stopped all 29 shots he saw on Friday afternoon.

“It’s unbelievable (to have him back there),” forward Reilly Smith said on Saturday morning. “We’ve said it from day one that he’s the best player on this team. He’s been able to win some games for us this year. Four shutouts at this point in the year is unbelievable.

“I’m sure all the fans are happy with the free doughnuts.”

Krispy Kreme gives out a box of the treats to all fans in attendance when the Knights record a shutout.

Fleury played in both ends of a back-to-back only once last season, the first two games in franchise history. Saturday was his 21st game played, moving him into a tie with Ottawa’s Craig Anderson for the league lead among goaltenders.

Malcolm Subban had started the second game of the previous three back-to-back scenarios this season, going 0-3.

Gallant said he wasn’t concerned with the message his decision might send to Subban.

“We’re trying to win games,” he said. “The guy played an outstanding game last night, so why wouldn’t we go back to him.”

The Sharks also started Aaron Dell for a second consecutive night, 24 hours after he shut out the Canucks at home.

Fight for the cure

The Knights celebrated Hockey Fights Cancer night at T-Mobile Arena on Saturday night, a day after participating in the league-wide initiative before Friday’s home game.

The Knights wore lavender jerseys during warmups that were signed and auctioned off to benefit pediatric cancer organizations.

“It’s touched my family so it means a lot for us to be able to support a good cause,” defenseman Nick Holden said before the game. “Our team, the NHL, everyone has done such a good job supporting this because it is such a broad disease that touches so many families. It’s touched me, it’s touched my friends and the whole hockey community.

”It’s a nice way for the NHL and teams to let people know that are dealing with it that we’re supporting it right now and we’re there for you.”

Each fan in attendance also received a lavender bandana.

Gallant had yet to hear about the $5,000 fine levied against Vancouver’s Antoine Roussel for biting San Jose’s Marc-Edouard Vlasic during Friday night’s game when he was asked about it on Saturday morning.

Vancouver’s Antoine Roussel has been fined $5,000, the maximum allowable under the CBA, for biting San Jose’s Marc-Edouard Vlasic.

The coach and longtime NHL tough guy said he had never bitten anyone on the ice.