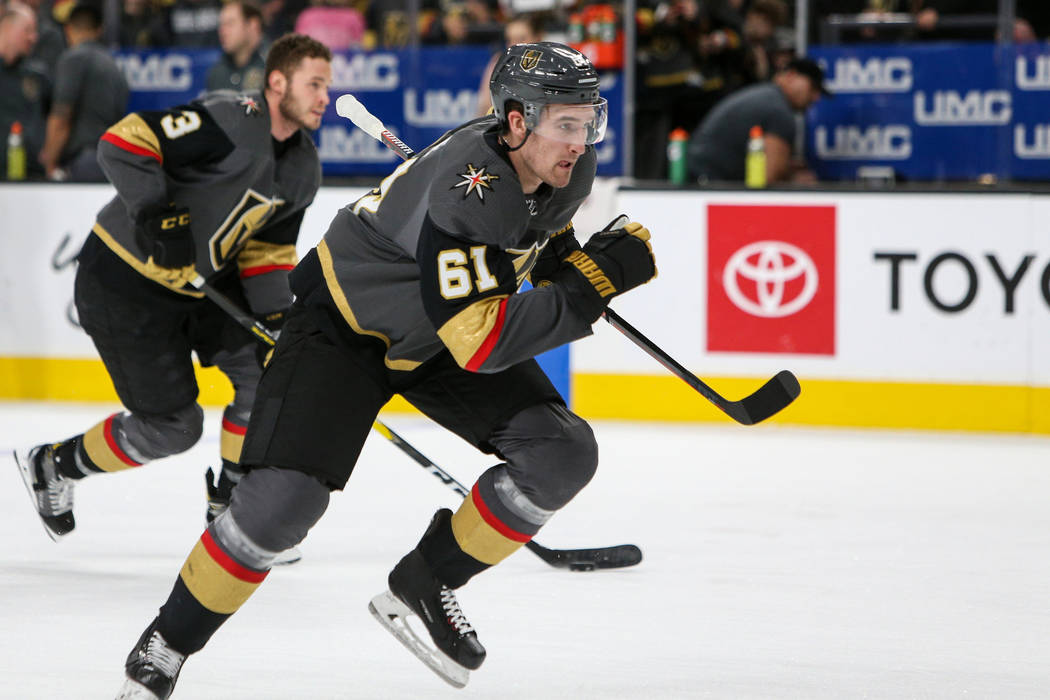 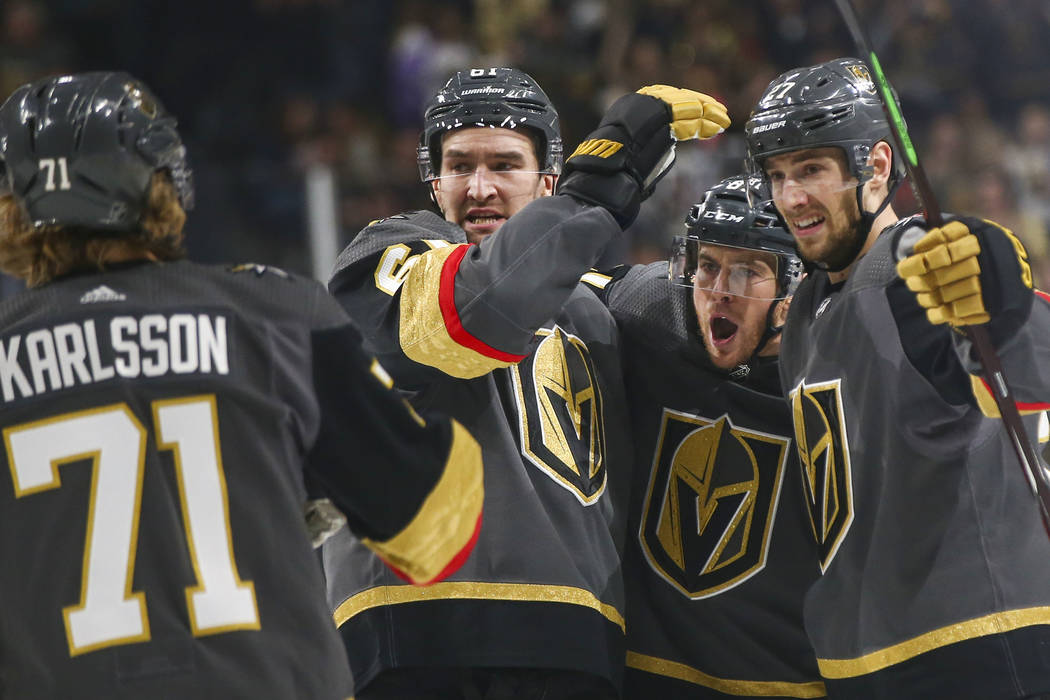 Mark Stone visited Las Vegas three times before the NHL’s trade deadline, twice for games with the Ottawa Senators and once with a few friends.

That was apparently enough for him to commit to living in Southern Nevada for years to come.

The Golden Knights announced Friday that Stone signed an eight-year contract extension worth an average annual value of $9.5 million, which will pay the winger through the 2026-27 season.

“The ownership is unbelievable here,” Stone said Friday morning. “They treat the guys great. Whether it’s meals or the flights, everything is done very high-class.

“Then management bringing in the team that they brought in just for year one, that’s something that as players, it gets you excited. When I heard I had the opportunity to possibly play for Vegas, I couldn’t have been happier.”

The extension was considered a fait accompli after the Knights traded prospect Erik Brannstrom, forward Oscar Lindberg and a 2020 second-round pick to the Senators to acquire Stone on Feb. 25. General manager George McPhee said that day that the team and Stone’s representatives had “a couple things to iron out, but we can get there.”

“There” involved making Stone, 26, the highest paid player on the team next season. His $9.5 million cap hit will be tied for the 12th-largest in the league in 2019-20, according to the website CapFriendly.com, and the site also said he was given a full no-move clause. The Knights declined to disclose details beyond length and value.

It’s a hefty price, but that’s what McPhee was willing to pay for the skilled two-way forward, who has matched his career-high with 64 points this season.

“You don’t get players like this very often,” McPhee said. “Players this good aren’t available through trade very often. Usually you draft a player like this and hang onto him and he plays his whole career with you.”

Stone has played five games for the Knights and is plus-3 with two assists. He has yet to be on the ice for a goal allowed, although he also has not scored himself.

“I like everything he’s doing,” coach Gerard Gallant said. “We’re 5-0 since he’s been here. He’s playing good, strong hockey. I’m sure he wants to put the puck in the back of the net sooner or later, but I don’t care if he scores all year as long as we win every game.”

The Knights’ last two games were against the Vancouver Canucks on March 3 and the Calgary Flames on Wednesday. Their next two games are at the Canucks on Saturday and at the Flames on Sunday.

The four days between Flames games ties the Knights’ shortest break between meetings against the same opponent. The six days between Canucks games is tied for the third-shortest.

Gallant said forward William Carrier, who is on injured reserve with an upper-body injury, is not joining the team on its upcoming two-game road trip. Carrier last played Feb. 16 and has yet to resume skating.