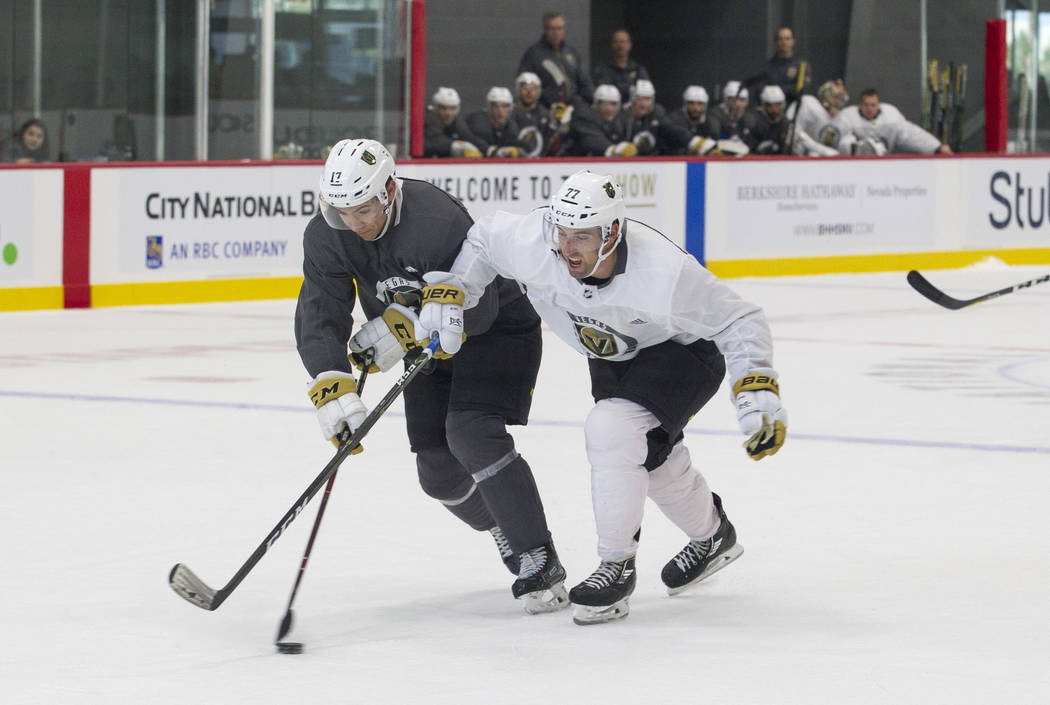 Left, right or center, it doesn’t matter to Nick Suzuki.

The prized prospect, who was picked 13th overall by the Golden Knights in 2017, is comfortable playing all three forward spots and has shown that versatility in rookie camp. After playing left wing in the first game of the Vegas Rookie Faceoff and picking up an assist, the Knights moved Suzuki to center Sunday.

“Wherever they want to play me, I’m going to do my best there,” Suzuki, 19, said. “I think it’s good to be able to play all three positions up front. It shows versatility. That’s a big part of my game.”

Suzuki is a bit undersized at 5-feet-11-inches and 183 pounds, so it remains to be seen what his best position is long-term. He won 53 percent of his faceoffs in the Ontario Hockey League last season, but he’ll need to turn into a true two-way player to stick at center.

Thompson deferred to general manager George McPhee and assistant GM Kelly McCrimmon when asked if he sees Suzuki as a center long-term. But the forward’s future position doesn’t seem to matter to him.

“Each position has its perks,” Suzuki said. “I think I’m just really comfortable playing each position.”

Dylan Ferguson is a little different than most players in rookie camp in that he’s already made his NHL debut.

The 19-year-old goaltender played 9:14 for the Knights against the Edmonton Oilers on Nov. 14 because injuries had left the team depleted in net. Now Ferguson is trying to use that experience to his advantage.

“(It helped) tons. Even coming back I know what to expect now,” Ferguson said. “I just feel more comfortable when I come here.”

Ferguson allowed a goal in his first game with the Knights and went on to post a 2.95 goals-against average with the Kamloops Blazers of the Western Hockey League.