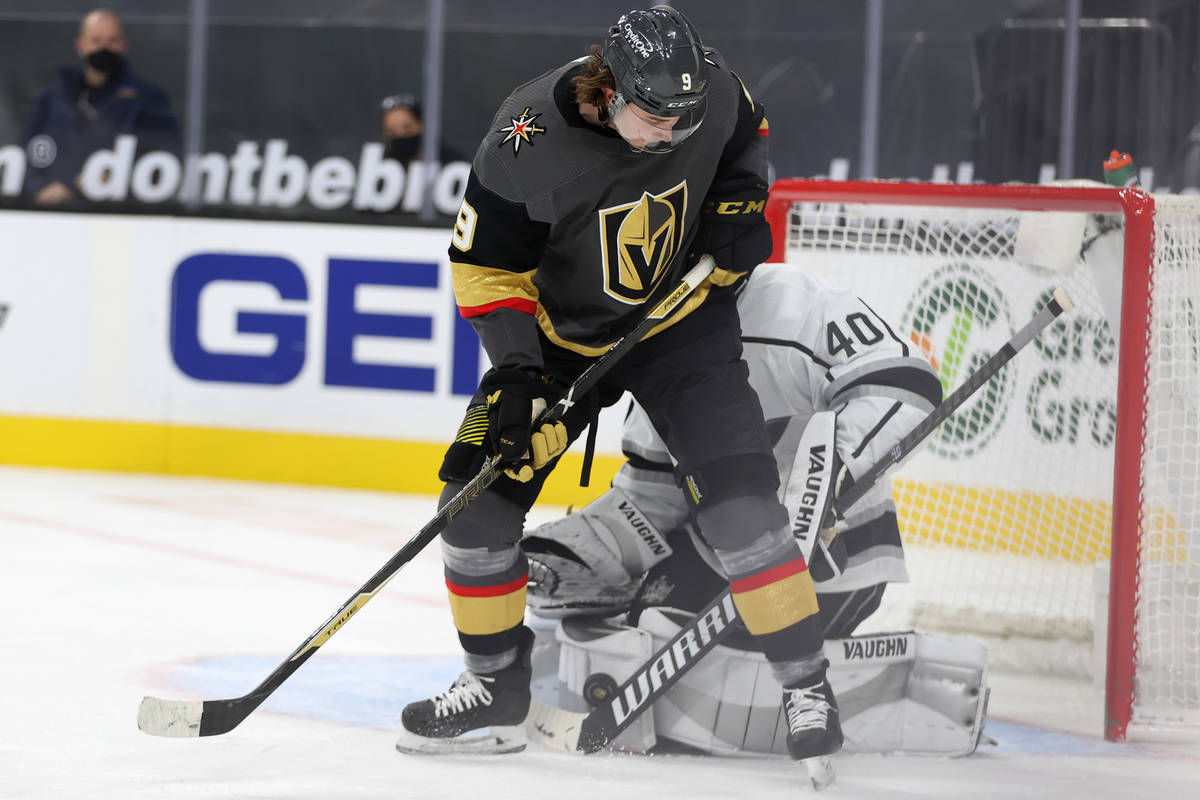 Cody Glass has come a long way since first putting on a Golden Knights’ hat at the 2017 NHL draft in Chicago.

The franchise’s first-ever draft pick is in his second season and getting regular playing time at third-line center and on the power play. He has nine points in 20 games after having offseason knee surgery and showing up to training camp much bulkier than before.

Glass joined the Review-Journal’s Golden Edge podcast Sunday to discuss his play, his mental approach to the game and his living situation with defensemen Nic Hague and Dylan Coghlan.

Here’s a few highlights from the conversation. Check out the full interview below or on podcast platforms such as Itunes, Stitcher and Spotify.

On how his second season is going

“I think I’ve handled myself pretty well. You’re going to go through some bumps in the road, especially throughout a season like this. It’s been good. Could’ve been better, yes, but there’s a lot of hockey left. I’m still trying to get better every day in the gym, on the ice. For me, that’s the biggest thing.”

“I notice it a lot more, but I think I’m still in that mindset of ‘I’m still a skinny kid,’ and when I go into puck battles, I forget how much weight I do actually have. So when I do bump into guys and I do actually protect the puck well, it’s very noticeable. But I don’t do that too often, so there’s sometimes I just forget about it, and I’m like, ‘Oh, I have to remind myself and reassure myself I am stronger and I can now use my body to kind of defend pucks.’”

On the last TV show he watched

“We just finished watching ‘WandaVision,’ which is part of the Marvel universe. I’m a pretty big nerd when it comes to Marvel. I can tell you pretty much every Easter egg or whatever goes on. When I grew up, my dad and my brother, we always watched those movies. I just became hooked and kind of a comic nerd when it came to that.”