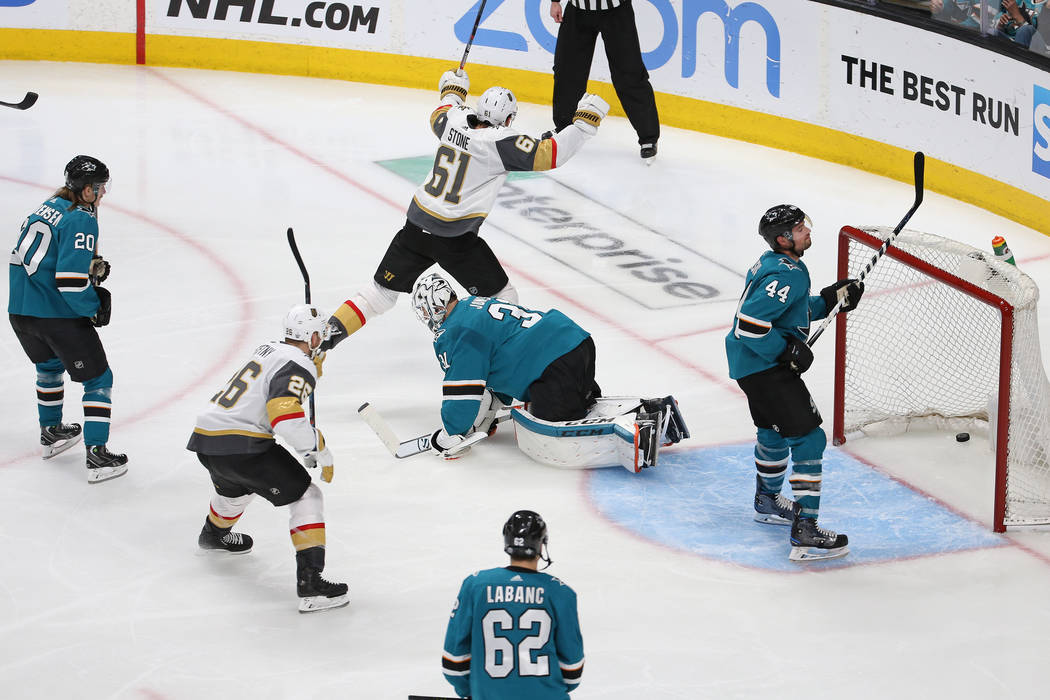 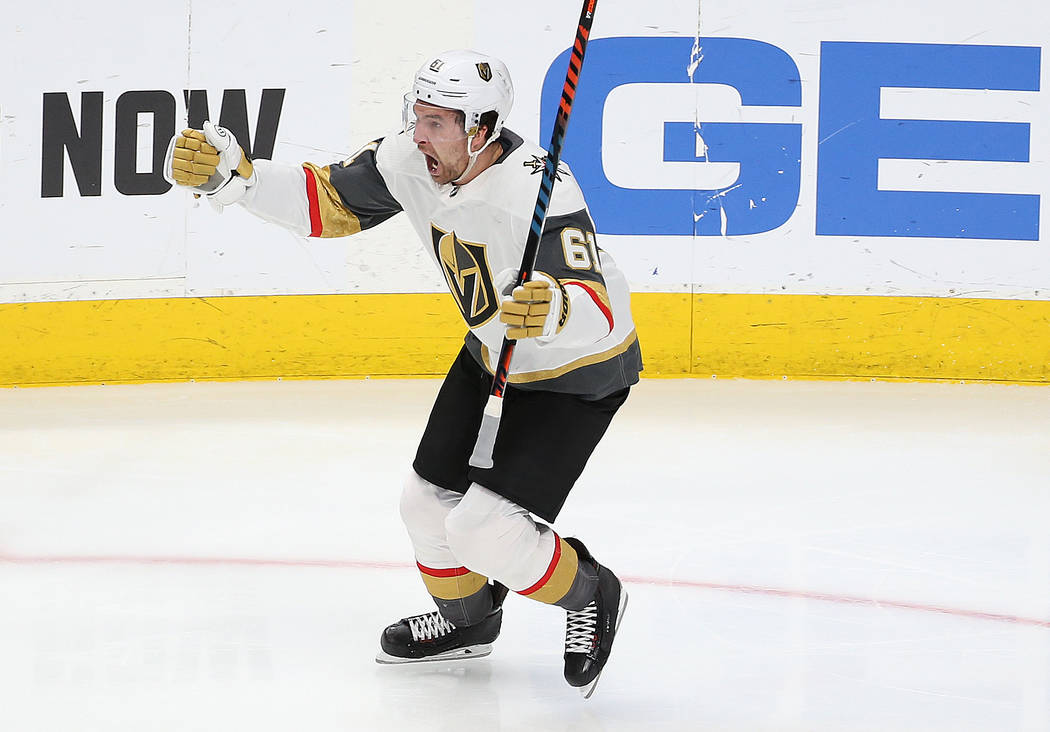 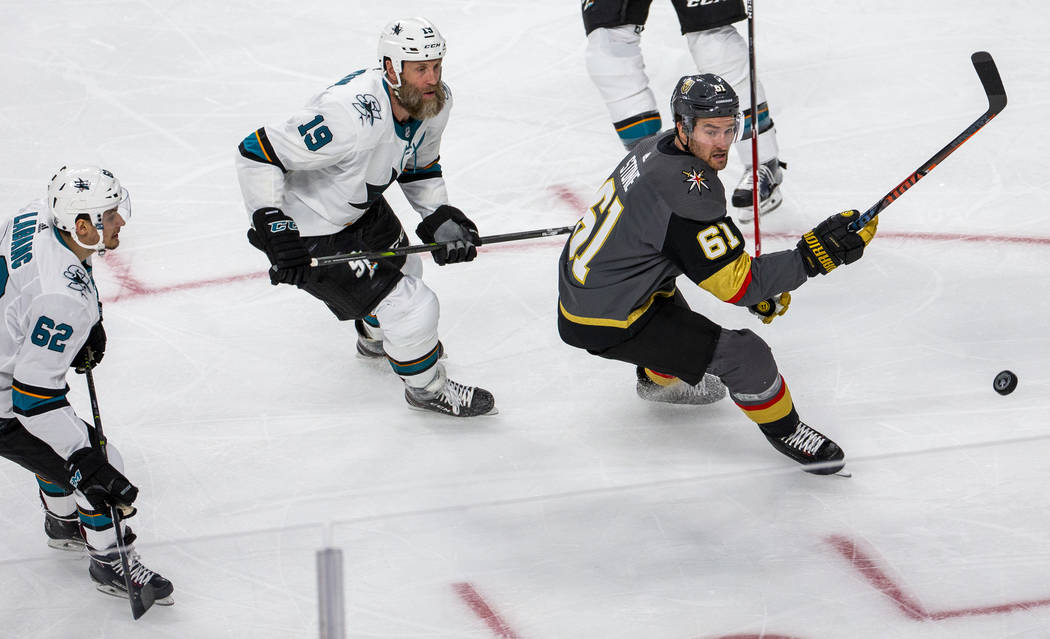 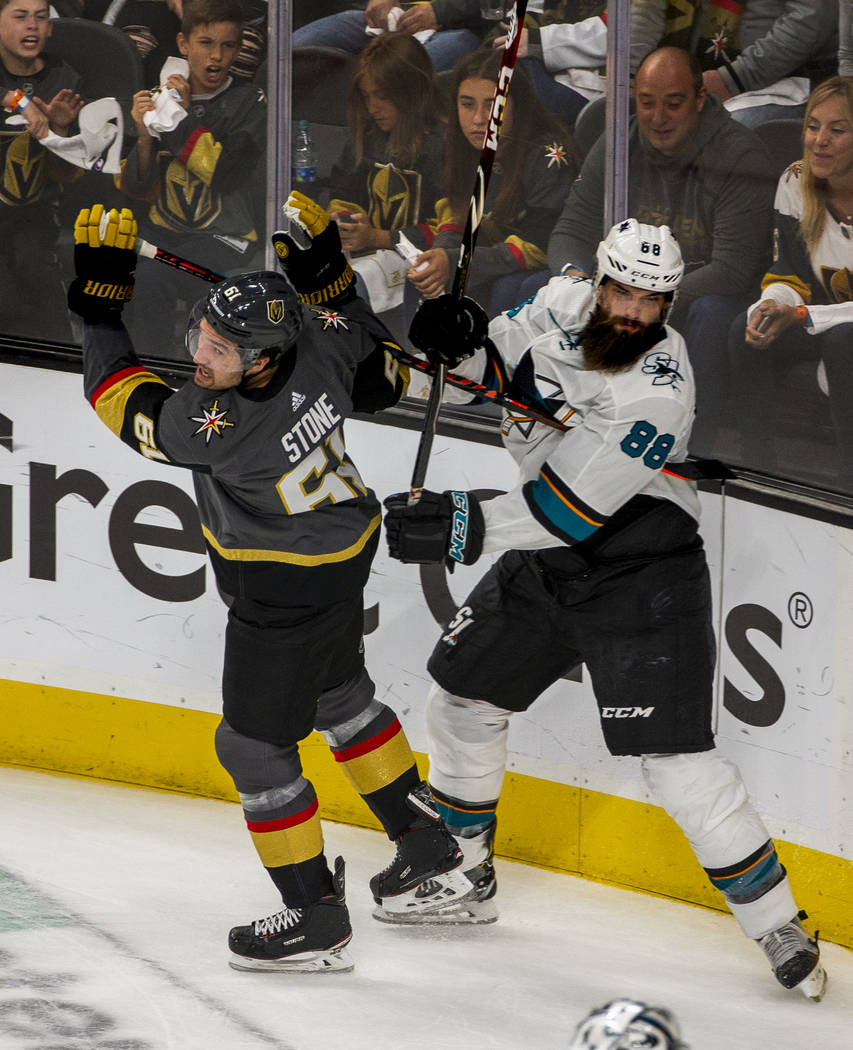 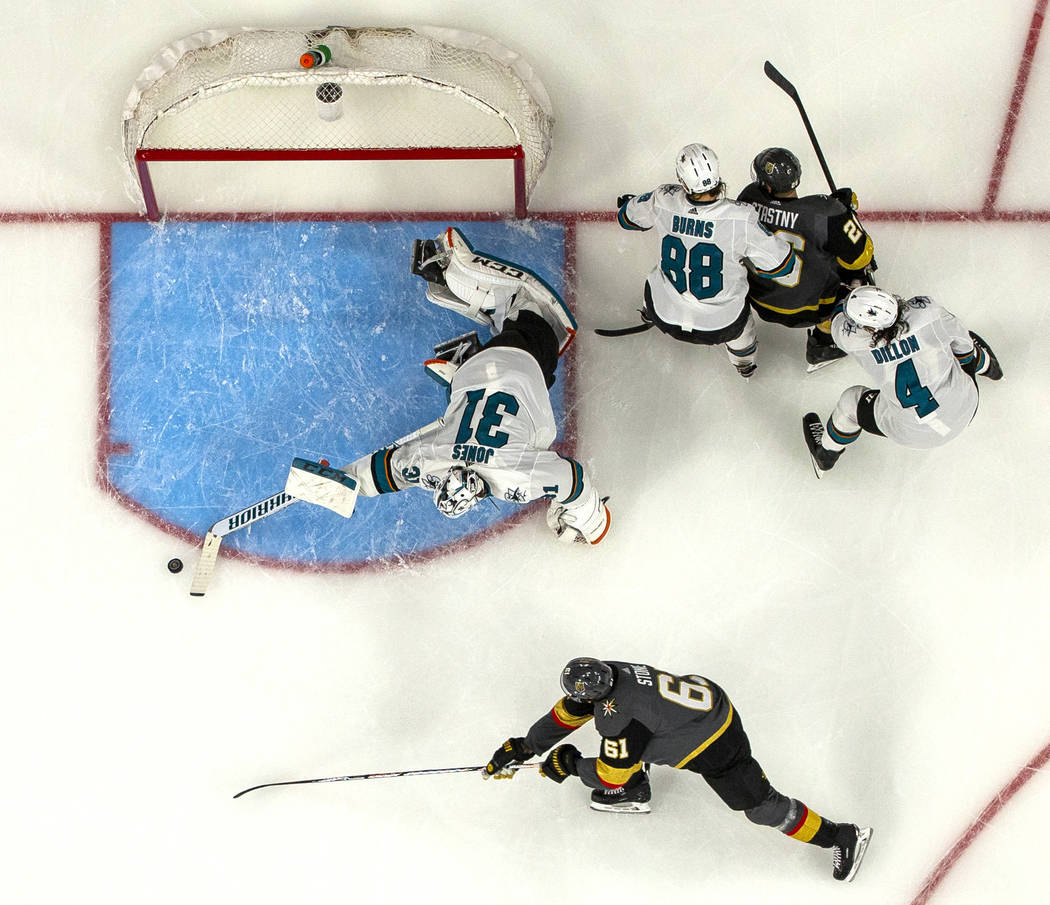 When youth hockey teams gather for their first few practices of a new season, players’ names are written with black marker on a strip of white tape across the front of their helmet.

The Golden Knights don’t do that, for obvious reasons.

But for the first time in three seasons, there won’t be many “Hello my name is …” stickers or introductory handshakes necessary, either, when the team reconvenes for training camp next week.

Rather than adding to the roster, the Knights subtracted this offseason, and the group that went 43-32-7 (93 points) in the regular season and fell one penalty kill short in the first round of the Western Conference playoffs returns largely intact.

The Knights hope that roster continuity gives them an edge entering the season.

“We know what to get from everyone in that locker room,” left wing Jonathan Marchessault said Wednesday at the VGK Charity Golf Classic at TPC Summerlin. “To have a connection like that with a lot of the guys, we know how everybody plays, and I think that’s how you build success. I think our management and our coaches know that.”

With rookies set to report Thursday and hit the ice Friday at City National Arena, here are five more storylines to watch for the season:

A year after finishing fifth in the NHL in goals scored with 268, the Knights dipped to 13th overall (246). Their struggles on the power play last season — 16.8 percent, which ranked 25th in the league — are at least partly to blame.

A full season with right wing Mark Stone in the lineup should boost the Knights’ offense. But will coach Gerard Gallant tinker with his top six forwards and unite Marchessault and Stone to build on the chemistry they had with Team Canada at the world championship?

Goaltender Marc-Andre Fleury was leading the league in starts with 59 when he was sidelined in mid-March for almost three weeks with a lower-body injury. Only the training staff and Fleury truly know whether his heavy workload led to the injury.

Fleury turns 35 in November and is coming off a season in which his .917 save percentage at even strength ranked 32nd out of the 50 goalies who played 20 games or more. Malcolm Subban, Garret Sparks or even Oscar Dansk has to prove he is a reliable backup.

Gallant switched his top two defense pairings in the latter portion of the season and must decide whether to stick with the Nate Schmidt-Deryk Engelland, Brayden McNabb-Shea Theodore combination or return to the McNabb-Schmidt, Theodore-Engelland look.

He also must sort out the third pair now that Colin Miller is in Buffalo, with at least one rookie defenseman expected to be added to the mix. Dylan Coghlan, Nic Hague and Zach Whitecloud will get the first chance to impress management during rookie camp, as restricted free agent Jimmy Schuldt remains unsigned.

There aren’t many job openings on the roster, but the departure of Pierre-Edouard Bellemare to Colorado as a free agent created a hole at fourth-line center. Tomas Nosek is the first name being mentioned to fill the role, and 22-year-old Nicolas Roy, acquired from Carolina in the deal for Erik Haula, will get a long look.

There also is a vacancy at wing on the third line, with Brandon Pirri and Valentin Zykov the most likely candidates there. Rookie Cody Glass, the No. 6 overall pick in the 2017 draft, will try to show he’s ready for the NHL and force his way onto the roster.

The Knights signed players such as Marchessault, McNabb and Schmidt to long-term contracts before they hit unrestricted free agency and could opt to follow a similar business path, with at least six players entering the walk year of their contract.

President of hockey operations George McPhee and general manager Kelly McCrimmon will have especially tough decisions to make on forwards Cody Eakin and Ryan Reaves. The latter made it clear he would like to re-sign with the Knights and retire in Las Vegas.