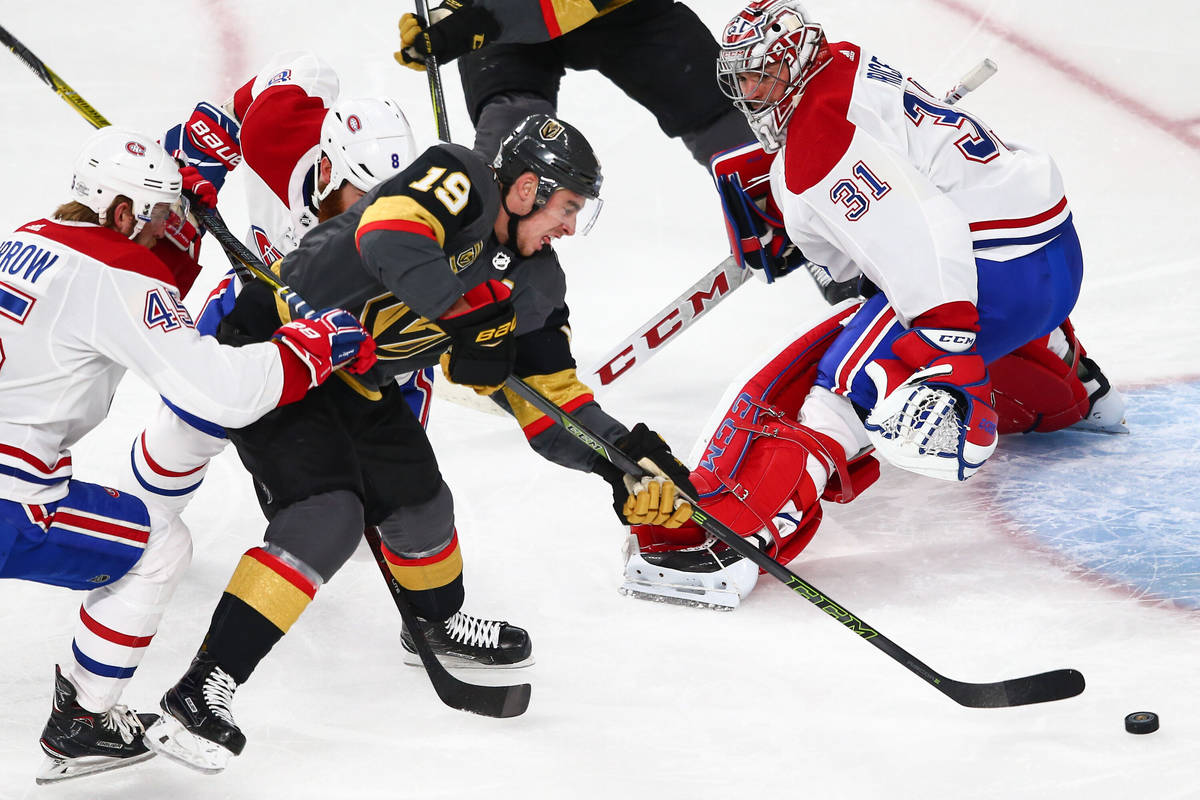 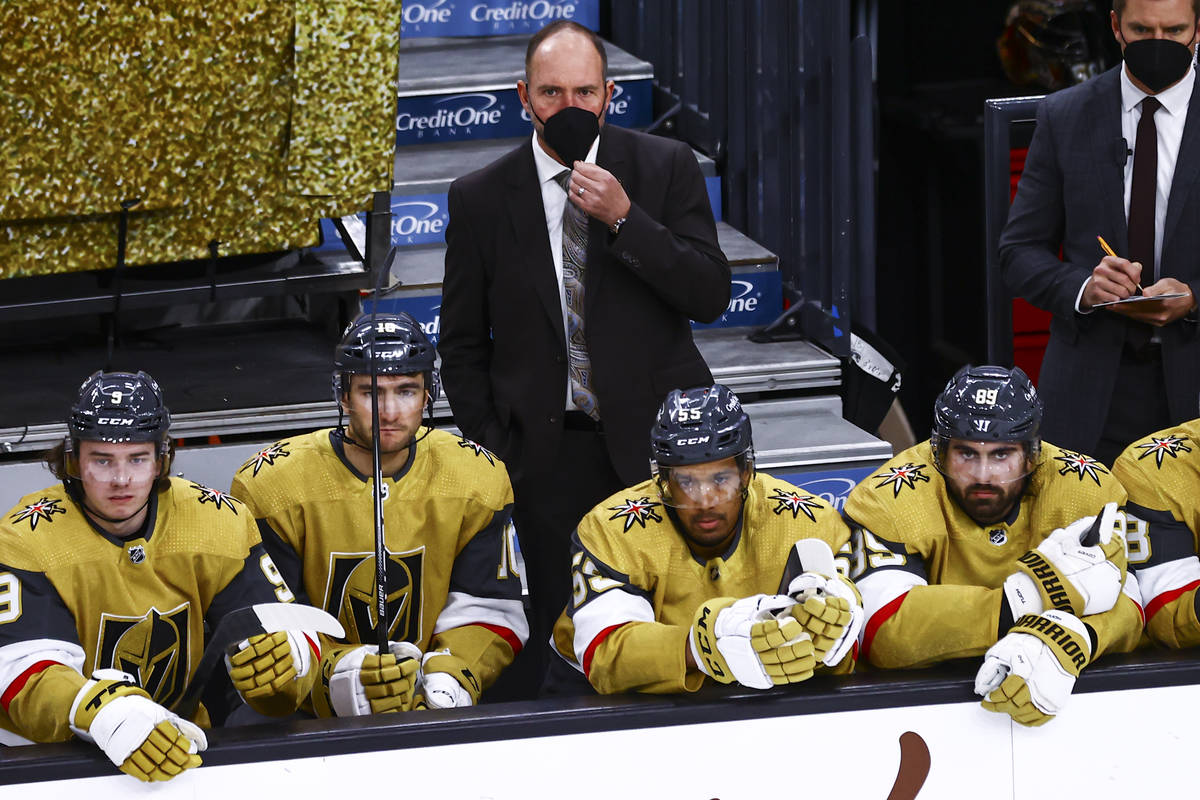 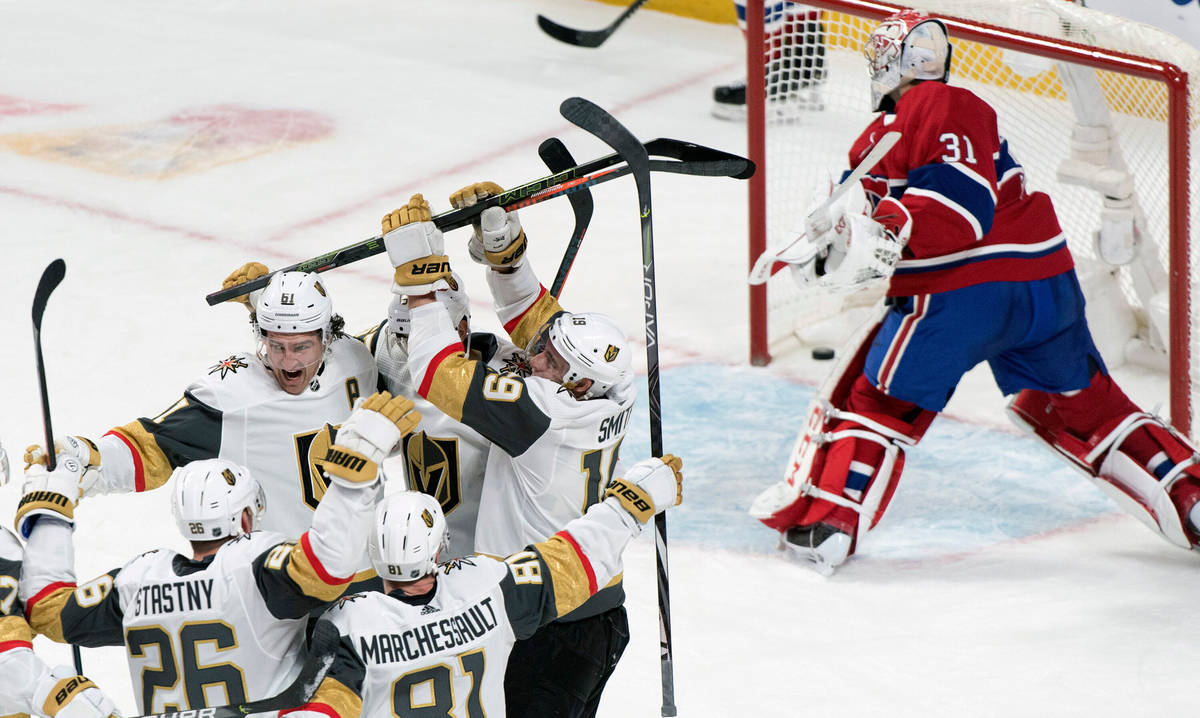 Golden Knights coach Pete DeBoer showed video of the Canadiens on Saturday hoping there would be some level of familiarity with the opponent in the Stanley Cup semifinals.

Not everyone was up to speed, however.

The Knights are using the extra days ahead of Monday’s Game 1 against Montreal to prepare for a new opponent after facing exclusively West Division foes during the regular season and playoffs.

“It was funny when we presented to the players because I think in their down time they’re not watching as much hockey as we are as coaches,” DeBoer said. “For a lot of them, having not played them and for a lot of them not having even seen them this year, it was definitely interesting to see some of the responses.”

The Knights and Canadiens haven’t played since Jan. 18, 2020, when host Montreal won 5-4 in a shootout after Reilly Smith tied the game with eight seconds remaining in regulation. That was DeBoer’s second game after he was hired to replace Gerard Gallant.

Because of COVID-19 restrictions, teams haven’t played outside of their division this season. The Knights last met an Eastern Conference club March 3, 2020 (New Jersey).

Montreal hasn’t faced a team from the U.S. this season and played the six other teams in the North Division nine or 10 times each in the regular season. The extensive scouting reports that were developed helped the Canadiens, the lowest-ranked team entering the playoffs, pull off upsets over Toronto and Winnipeg.

“Montreal’s going to come here with kind of a fresh slate,” Smith said. “You can watch video, but sometimes it takes those first couple of shifts to really hone in on what they’re doing on the ice to get your timing right against a team you haven’t seen all year. We’ll prep as best we can, and we’ll be ready to play our game.”

Petry, who was tied for seventh among defensemen in the regular season with 42 points, is not expected to be available for Game 1. Neither is Merrill, the ex-Knights defenseman.

Ducharme said Evans could be ready in three or four days after he was injured on a heavy hit from Winnipeg’s Mark Scheifele late in Game 1 of Montreal’s second-round series against the Jets. Scheifele was suspended four games for charging.