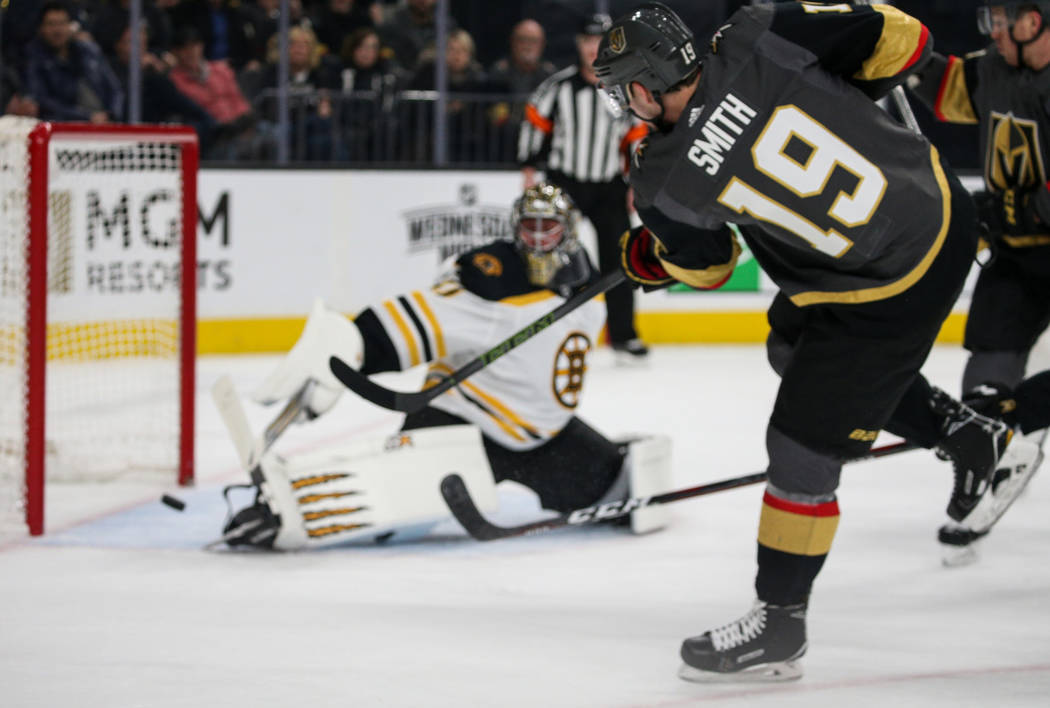 The Golden Knights showed off their speed while sweeping the season-opening home-and-home series with rival San Jose.

But defenseman Nick Holden is eager to see how that pace stacks up against the Eastern Conference champion Boston Bruins on Tuesday at T-Mobile Arena.

“It’ll just be good to see someone else and see how we’re progressing,” Holden said Monday at City National Arena. “For the most part in the first two games there we were playing fast and we kind of dictated the play. For our team to be successful, that’s kind of what we need to be doing.”

The Knights started 2-0 for the second time in franchise history and own a plus-7 goal differential after thumping the Sharks. They’ll face goaltender Tuukka Rask, who was announced as Boston’s starter by coach Bruce Cassidy on Monday.

The Bruins, who lost to St. Louis in Game 7 of the Stanley Cup Final last season, own tight road victories over Dallas (2-1) and Arizona (1-0) to begin their four-game road trip.

“I don’t think we’re going to put measuring sticks on Game 3 of the season,” Knights coach Gerard Gallant said. “We know we’ve got a good team. We know Boston’s a good team. Talk to me at Christmas time or something like that, maybe. But not now.”

Knights defenseman Nic Hague is used to being the tallest person on the ice at 6 feet, 6 inches. But that won’t be the case when he plays against Boston on Tuesday.

“I’ve kind of watched all the guys that are taller defensemen in the NHL, and Chara’s definitely had an unreal career,” Hague said. “He’s definitely a role model and someone who I watch all the time.”

The Knights announced the return of VGK University, which provides fans the opportunity to learn the game from Knights director of hockey operations Misha Donskov and TV color analyst Shane Hnidy.

Attendees are required to have a ticket to the day’s game and must be 21 years or older to participate.