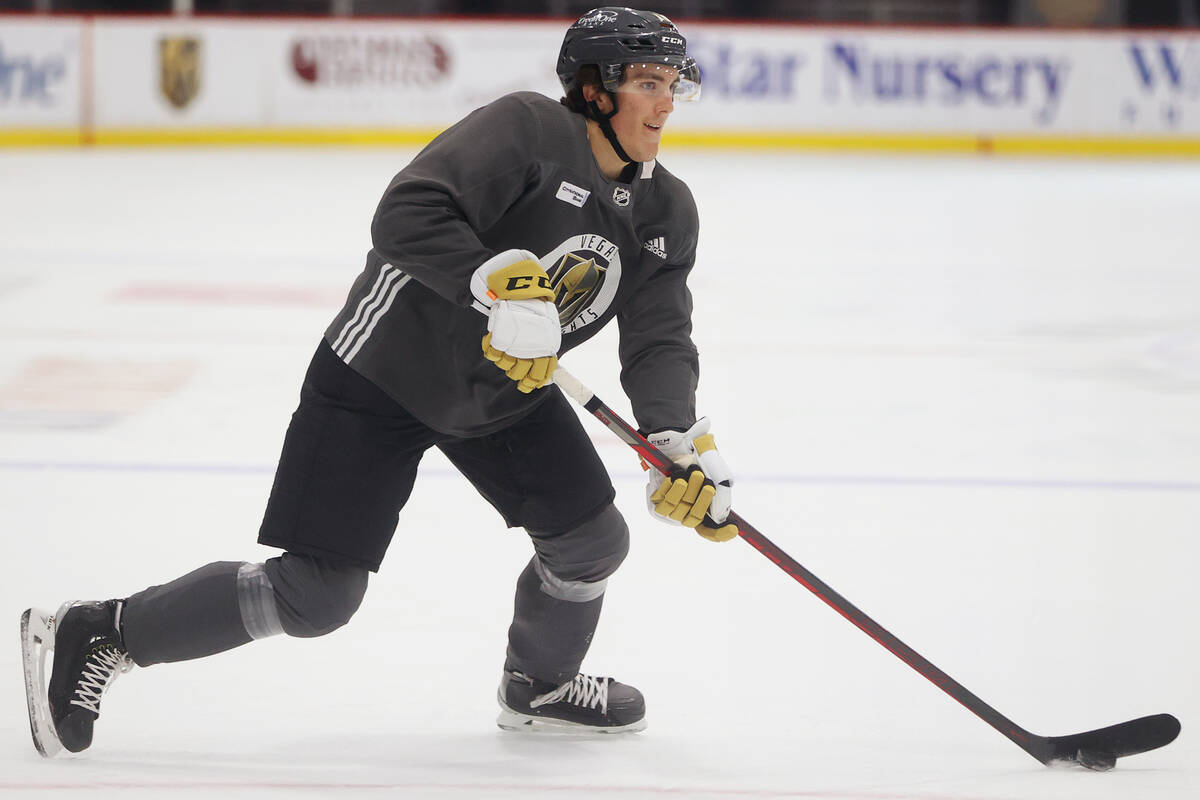 The cost to acquire Buffalo center Jack Eichel was always going to be high. For the Golden Knights, it might be too steep.

The Sabres reportedly are asking for forward Peyton Krebs to be included in any potential trade, and that’s a deal breaker for the Knights.

On the “32 Thoughts” segment during the second intermission of “Hockey Night in Canada” on Saturday, NHL insiders Elliotte Friedman and Jeff Marek discussed the latest on Eichel, who remains on the trade block while it’s determined how to treat the herniated disk in his neck.

According to Marek, a proposed deal for Eichel involving the Knights was centered around Krebs and defenseman Nic Hague. But that hasn’t gained any traction because the Knights are unwilling to part with Krebs, their first-round pick in 2019.

General manager Kelly McCrimmon said previously that Krebs has the “it factor,” and the 20-year-old made the opening night roster with a handful of forwards unavailable because of injury or COVID-19 protocol.

Eichel remains sidelined indefinitely as he feuds with the Sabres over his medical procedure. The Knights have their own injury concerns, making this an inopportune time to acquire a player who is awaiting surgery and can’t help the current lineup.

There’s also the issue of Eichel’s contract, which has four seasons remaining after this one at a $10 million salary cap hit. Friedman reported the Sabres are unwilling to retain salary, meaning the Knights would have to move out money in order to fit Eichel’s contract under the cap.

It’s not clear whether Buffalo would have interest in taking on the expiring contract of right wing Reilly Smith ($5 million) or someone else to make the numbers work.

Speedy forward Jackson Hallum earned a promotion to the U.S. National Under-18 team for its game against Michigan Tech on Saturday.

Hallum was a third-round pick of the Golden Knights in 2020 and currently plays for Green Bay in the United States Hockey League. He was named the USHL forward of the week on Tuesday after registering six goals and seven points in two games.

Hallum is committed to play at Michigan next season.

Are you kidding me Brendan Brisson!? pic.twitter.com/4e4sxhSHcJ

On the topic of the Wolverines, forward Brendan Brisson continued his sizzling start. The sophomore scored a between-the-legs goal Friday that made the top 10 plays on “SportsCenter” and leads the star-studded lineup with five goals and eight points in four games.