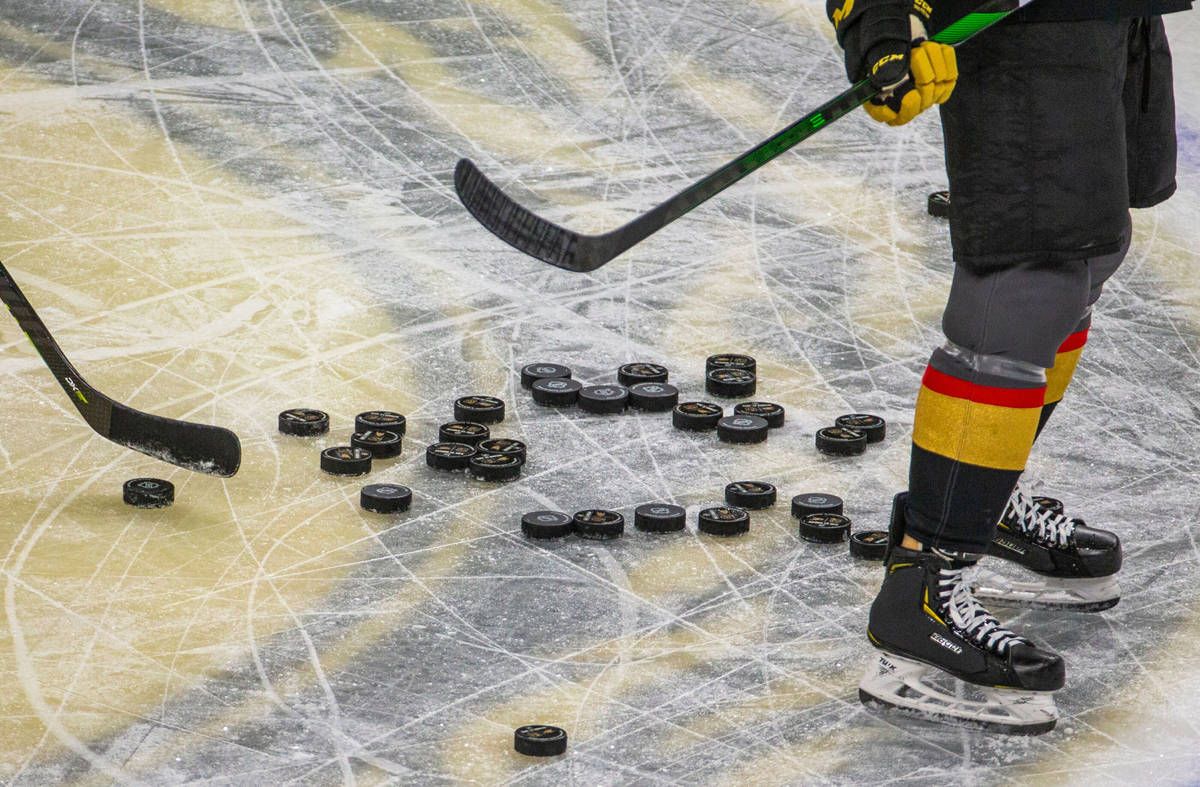 Pucks pile up on the ice as the Vegas Golden Knights warm up before the first period of their NHL Hockey game versus the Anaheim Ducks at the T-Mobile Arena on Sunday, Oct. 27, 2019, in Las Vegas. (L.E. Baskow/Las Vegas Review-Journal) @Left_Eye_Images

Cormier, 18, was the 68th overall pick in this year’s draft. The left-shot defenseman has seven goals and 14 assists this season for the Charlottetown Islanders of the Quebec Major Junior Hockey League. He is the league’s leading scorer among defenseman.

The Ste-Marie-de-Kent, New Brunswick native also went to Canada’s camp for the 2021 World Junior Championship. He was one of the team’s final cuts, while fellow Knights prospects Peyton Krebs and Kaedan Korczak made the roster.

Cormier was the first member of the Knights’ six-man draft class to sign. He was the team’s second-highest selection, after first-round pick Brendan Brisson.