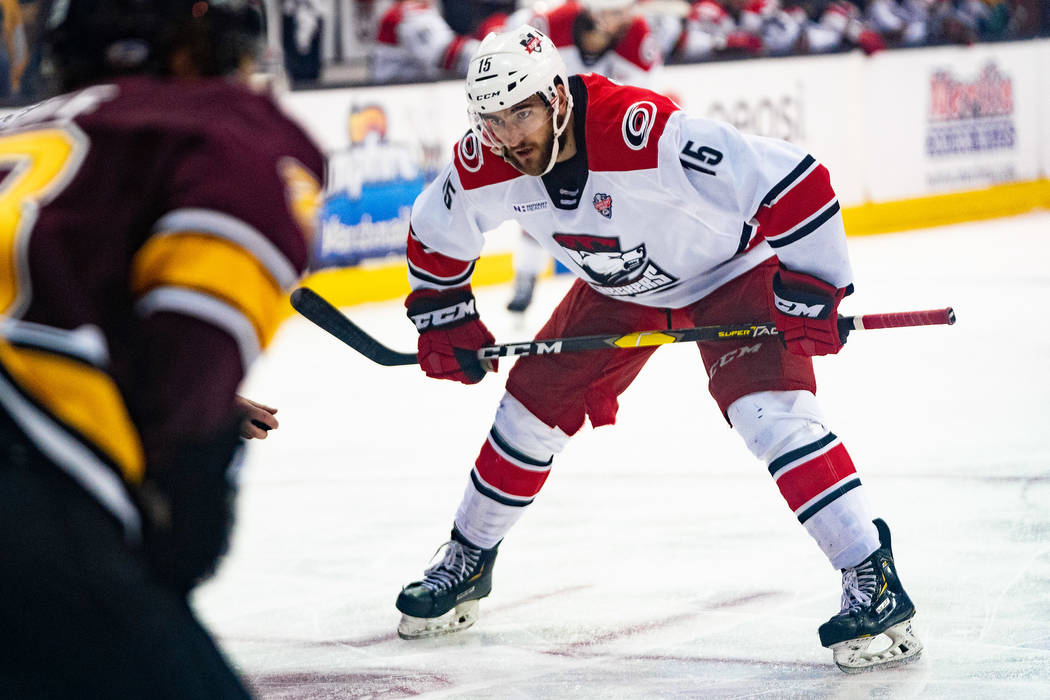 The Golden Knights will end their affiliation with the Chicago Wolves at the end of the season, the minor league club’s top official said Saturday.

Chairman Don Levin told the Chicago Sun-Times there is “no scenario at all” that the Knights remain affiliated with the American Hockey League club after the 2019-20 season.

“Our affiliation is over at the end of the year,” Levin told the newspaper before the Wolves’ game against Manitoba. “The Chicago Wolves will be here next season. But I don’t know who we’ll be affiliated with.”

The Knights declined to comment on the subject Saturday through a team spokesperson.

AHL president David Andrews said Monday during his state of the league news conference that the Knights have expressed interest in buying an AHL team and moving it to the Las Vegas Valley.

Levin told the Sun-Times the Wolves are not in consideration for purchase and relocation. Rather, he said the Knights are looking to purchase one of the remaining 12 independently owned AHL teams.

“I think Vegas has asked every independent team if they wanted to sell,” Levin told the newspaper. “I don’t know if they’ve found anybody or not, but it’s certainly not me.”

The Knights signed a five-year agreement with Chicago in 2017, though Levin was unequivocal in his comments that the affiliation would end this spring.

The Wolves are likely to find a new NHL affiliation, the club’s fifth since 2010. Chicago won the Central Division title in its first two seasons under the Knights’ partnership and advanced to the Calder Cup Final in 2019.

The Knights’ new minor league club could begin play locally as early as 2020-21 and would feature the team’s top prospects and other players under contract.

Chicago is approximately 1,750 miles from Las Vegas, one of the longest distances between a parent club and AHL affiliate. Only Utica, New York, almost 3,000 miles from Vancouver, British Columbia, is farther.

A spokesperson for Boyd Gaming declined comment last week on the potential for an AHL team to play at Orleans Arena.

“We have had discussions with American Hockey League representatives regarding the possibility of securing an AHL club on an ongoing basis since our team’s inception,” the Golden Knights said Monday in a statement. “While we remain very interested in the opportunity, specific details related to an acquisition or the potential location of the acquired team are yet to be determined.”