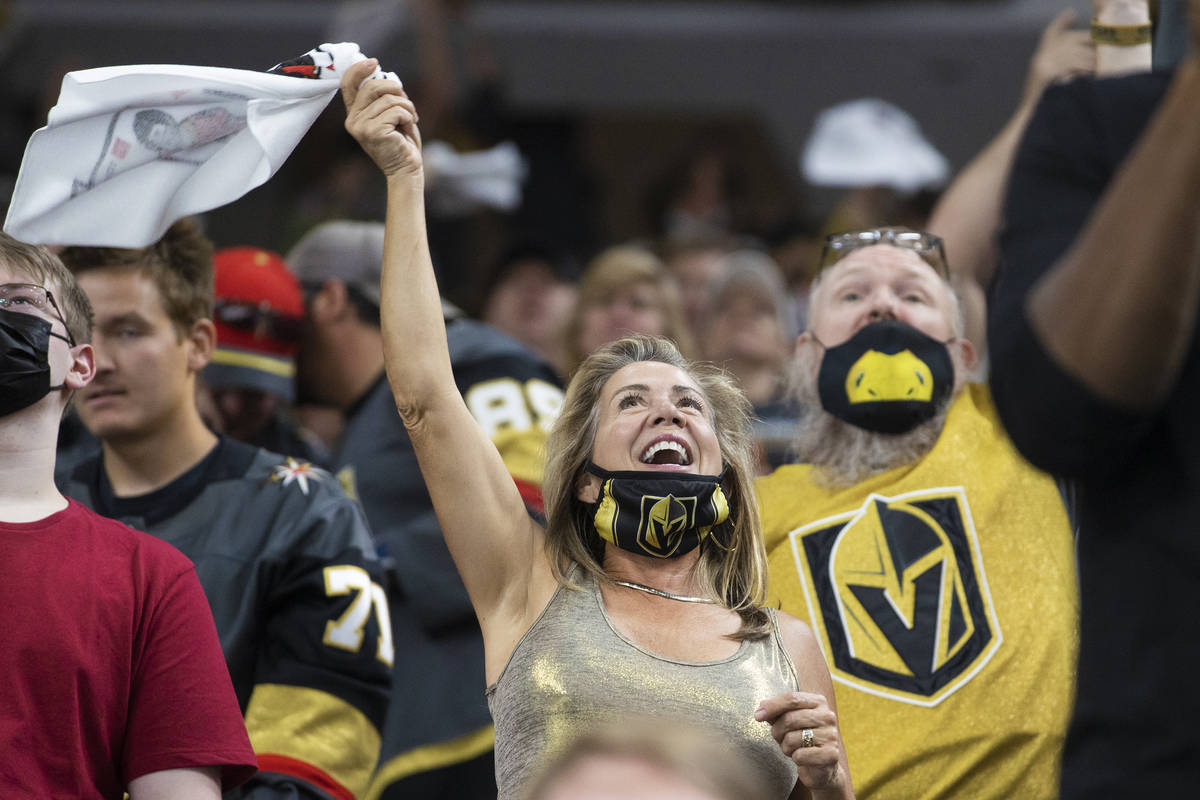 Golden Knights fans cheer for Vegas during Game 7 of the an NHL Stanley Cup first-round playoff series against the Minnesota Wild on Friday, May 28, 2021, at T-Mobile Arena, in Las Vegas. (Benjamin Hager/Las Vegas Review-Journal) @benjaminhphoto 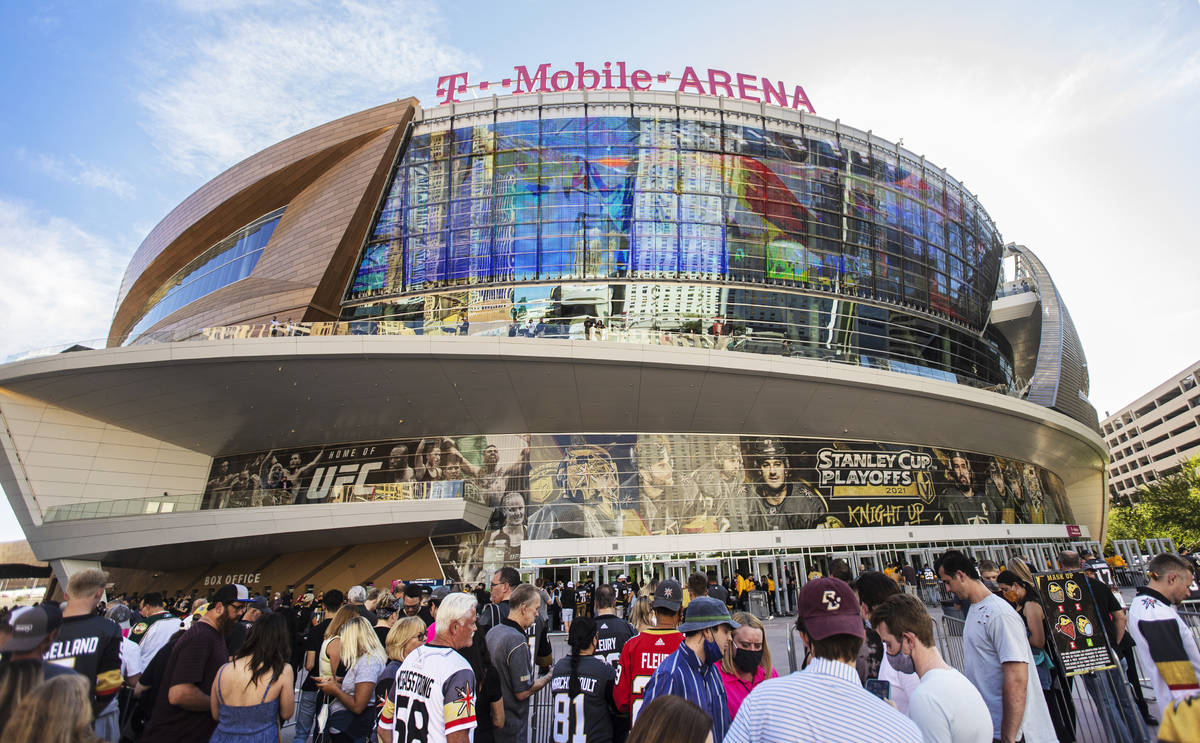 Fans wait to enter T-Mobile Arena before the start of Game 7 of an NHL Stanley Cup first-round playoff series between the Golden Knights and the Minnesota Wild on Friday, May 28, 2021, in Las Vegas. (Benjamin Hager/Las Vegas Review-Journal) @benjaminhphoto

T-Mobile Arena will be full for the first time this season in the second round of the NHL playoffs.

The Golden Knights will have “100 percent capacity and beyond” at their home rink starting with Game 3 of the West Division final playoff series, general manager Kelly McCrimmon said Saturday.

The NHL has not announced the full schedule for the best-of-seven series against the Colorado Avalanche.

“That’s going to be really great for our fans and be great for the atmosphere in the building and for our team,” McCrimmon said.

The Knights have not announced whether fans will be required to wear masks to games. The NHL on Friday announced that starting in the second round, there no longer will be a requirement for guests over age 2 to wear a face covering while in the arena, subject to local guidelines.

The Knights had 12,156 fans for their Game 7 victory over the Minnesota Wild on Friday, approximately 70 percent of capacity. They haven’t had a full building since a March 3, 2020, win over the New Jersey Devils.

“The crowd’s always good,” left wing William Carrier said before Game 7. “We’ve played a lot of games in the playoffs, and they’re great for us.”

McCrimmon said Saturday the Knights are considered a vaccinated team because more than 85 percent of their travel party is fully vaccinated, allowing them to have looser restrictions.

The team still had numerous COVID-19 scares in the first round despite that. McCrimmon said five players and four staff members tested positive between Games 2 and 3 against Minnesota, but they were determined to be false positives.

Defenseman Brayden McNabb went into the NHL’s COVID-19 protocols between Games 5 and 6, and McCrimmon said he tested positive. Right wing Ryan Reaves and rookie forward Peyton Krebs went into the protocols a day later but were cleared within 24 hours.

McCrimmon said Reaves had a false positive and Krebs was considered a close contact of Reaves. Reaves didn’t play in Game 6 against the Wild.

“It’s concerning, but it’s the process the National Hockey League used and the exact same process the National Football League used, and I guess it’s just the realities of mass testing on a daily basis that these things are going to happen,” McCrimmon said. “It doesn’t make it any less unsettling when it does happen, and you desperately hope you wouldn’t have a player miss a game and be unavailable to play because of a false positive.”

McCrimmon didn’t rule out Krebs, who fractured his jaw in his fourth NHL game and had surgery, for the rest of the season.

Krebs, 20, was the Knights’ first-round pick in 2019 and had an assist in his debut. McCrimmon said the team initially thought he would be out “very long term,” but the prognosis now appears to be more optimistic.

“He’s not available to play, but I do believe his timeline is quite a bit shorter than what we anticipated initially,” McCrimmon said. “We’re hopeful if we can keep playing that he’s a player that would be available for selection by the coaching staff.”