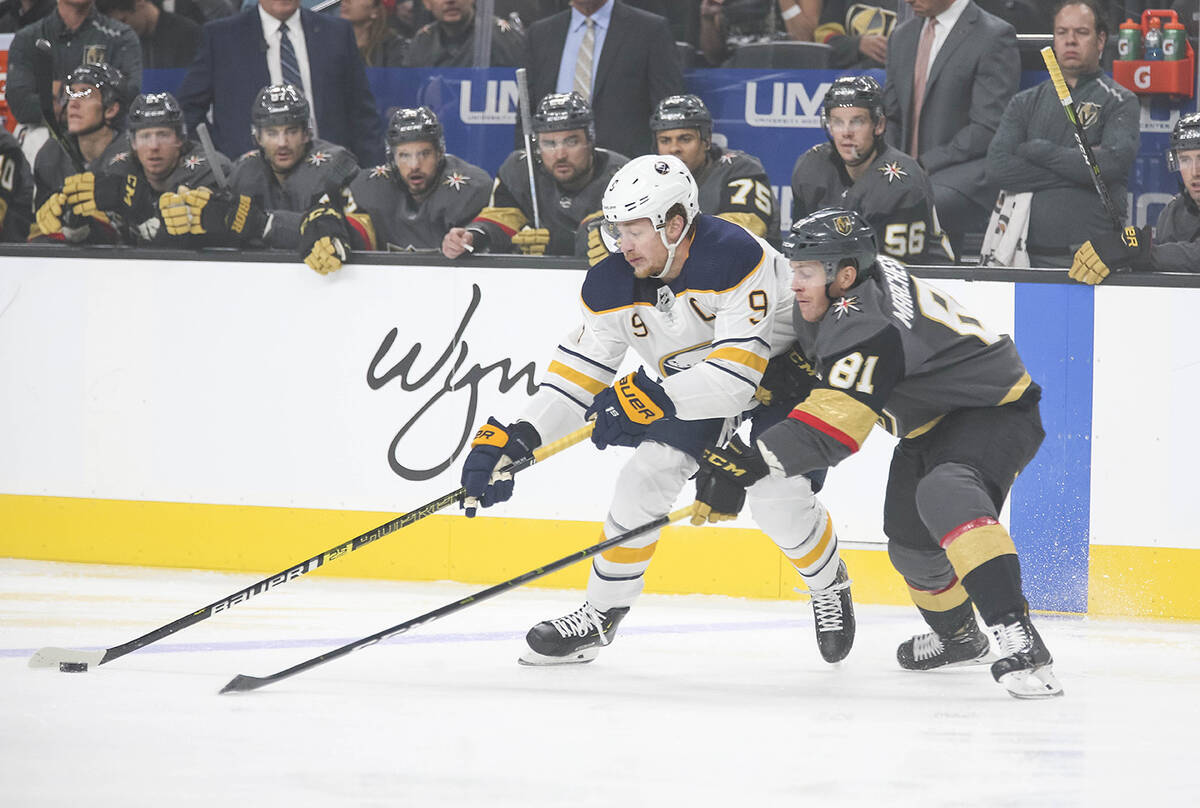 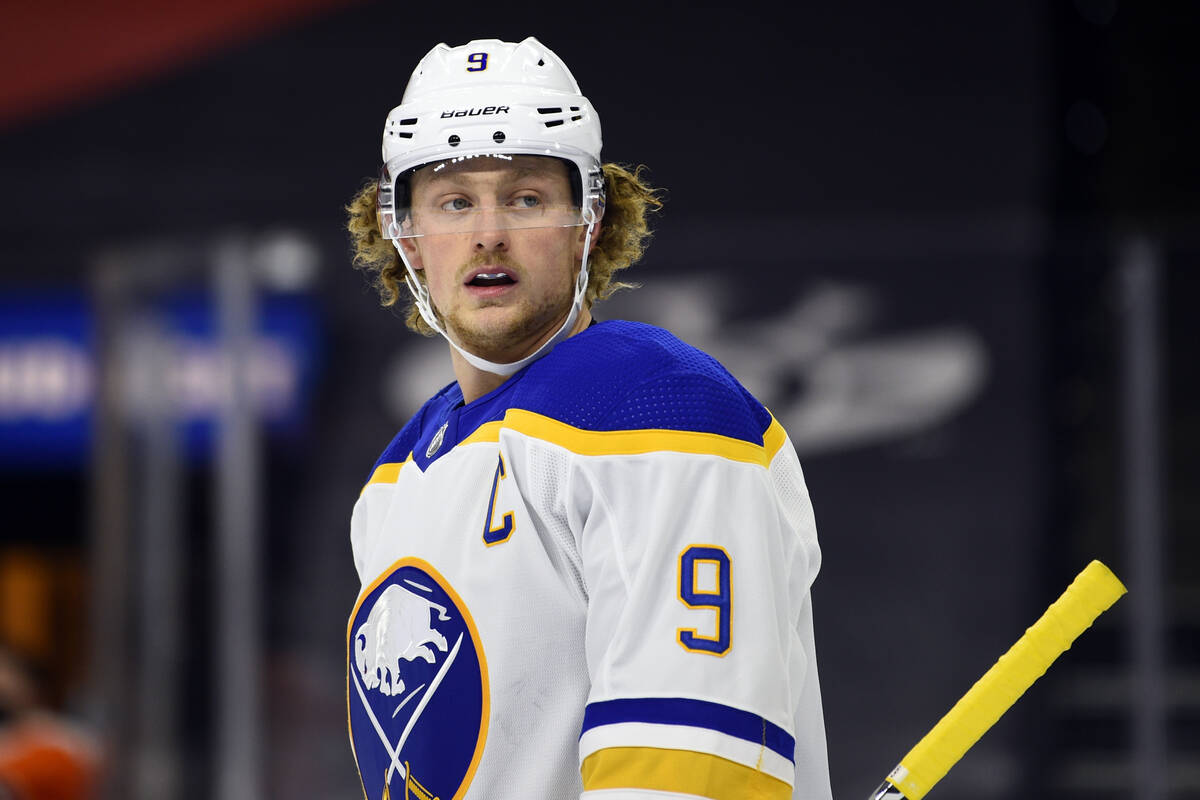 FILE- In this Jan. 19, 2021, file photo, Buffalo Sabres' Jack Eichel looks on during a stoppage in an NHL hockey game against the Philadelphia Flyers in Philadelphia. (AP Photo/Derik Hamilton, File)

The on-again, off-again trade saga of Buffalo center Jack Eichel dragged on Wednesday, with the Golden Knights still in the running for the injured standout.

The Knights were one of two finalists along with Calgary to land Eichel, according to a report from ESPN, with a deal reportedly at the “1-yard line.”

But there must have been a false-start penalty before the deal could get across the goal line, and the specter of a potential trade hangs over the Knights as they prepare for Thursday’s game at Ottawa.

The Flames were reported to have offered standout forward Matthew Tkachuk as the centerpiece of a package that also includes a former first-round draft pick, two prospects and a future first-round choice, according to ESPN and the NHL Network on Wednesday.

For all asking, my understanding is the @NHLFlames have Tkachuk ( who is a future potential captain) an upcoming 1 Rd pick, a former 1st Rd pick, and 2 prospects in the Eichel sweepstakes with the @BuffaloSabres . @espn @NHLNetwork #HockeyTwitter .

Tkachuk is set to become a restricted free agent, and his availability was later refuted. But multiple reports indicated the Flames were ready to include center Sean Monahan in the deal instead.

“I would think that you would have to ask the general manager about that, not the coach,” Flames coach Darryl Sutter said of his team’s reported offer. “I wasn’t aware of that, quite honest. I think it’s a little bit of a media thing.

The Knights could have a difficult time matching Calgary’s reported offer without including a key piece such as forward Alex Tuch, who grew up in upstate New York, or potentially defenseman Shea Theodore.

The Knights reportedly were unwilling to include rookie forward Peyton Krebs in a deal, but could do so now along with another player and draft pick(s) in an effort to outbid the Flames.

Eichel is sidelined with a herniated disk in his neck and remains embroiled in a dispute with the Sabres’ organization about how to treat the injury.

Buffalo prefers that Eichel have fusion surgery. Eichel’s camp wants to undergo an artificial disk replacement surgery, which has never has been performed on an NHL player.

Under NHL collective bargaining agreement, teams have the final say on the treatment of injuries.

The Knights’ interest indicates they will approve Eichel’s disk replacement surgery, which comes with a three-month recovery and would likely keep him out until after the Olympic break in February.

Eichel is a five-time 20-goal scorer and appeared in three straight All-Star Games from 2018 to 2020. His contract carries a $10 million salary cap hit and runs through the 2025-26 season.