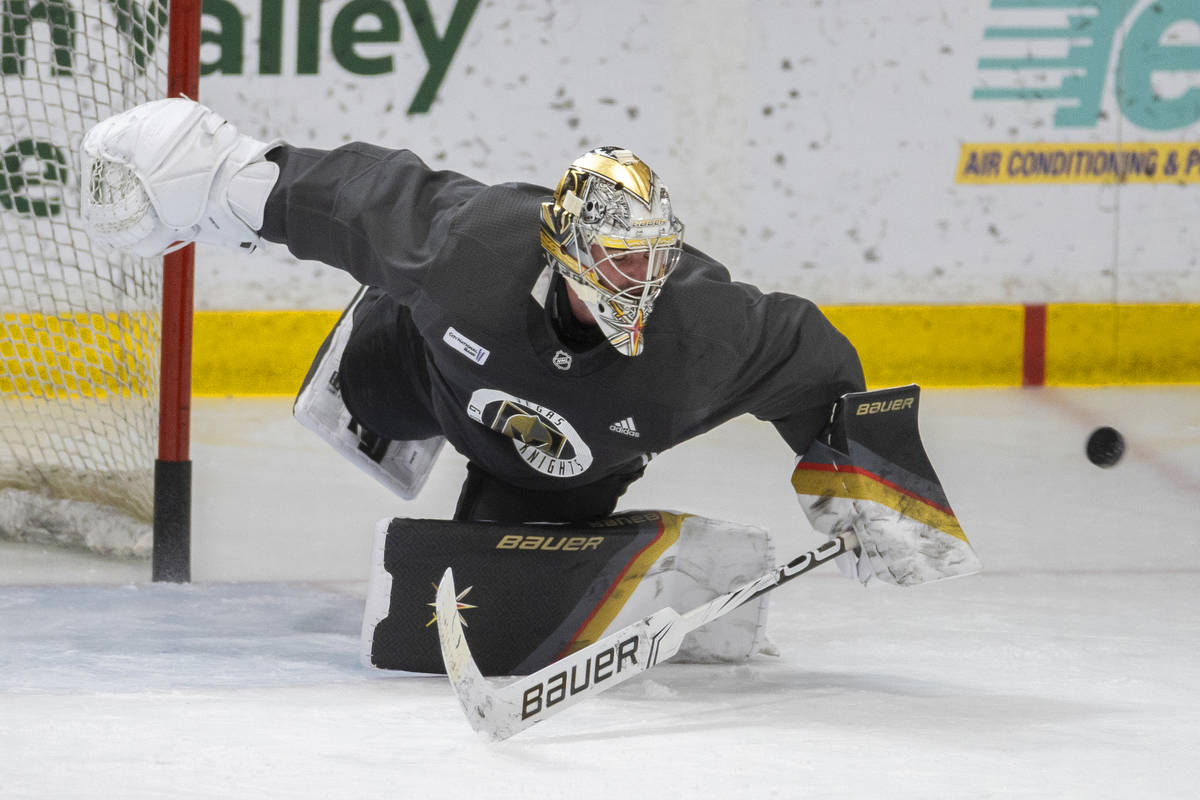 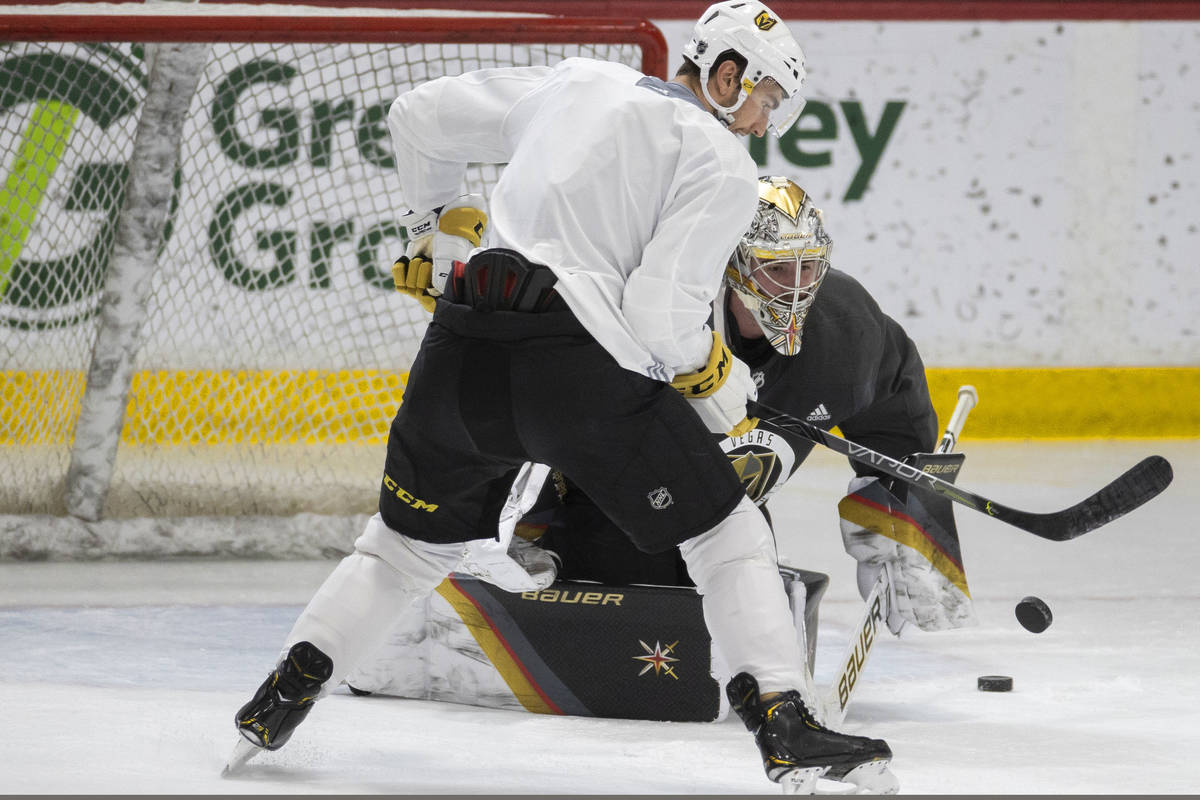 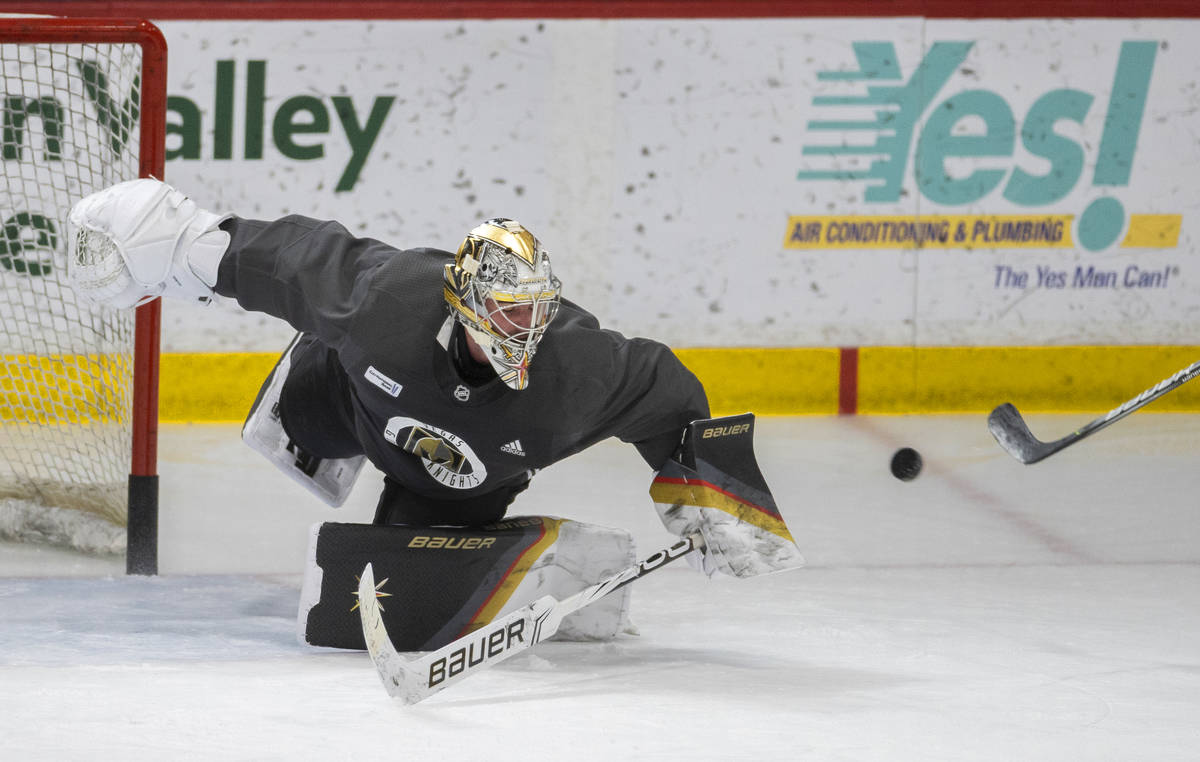 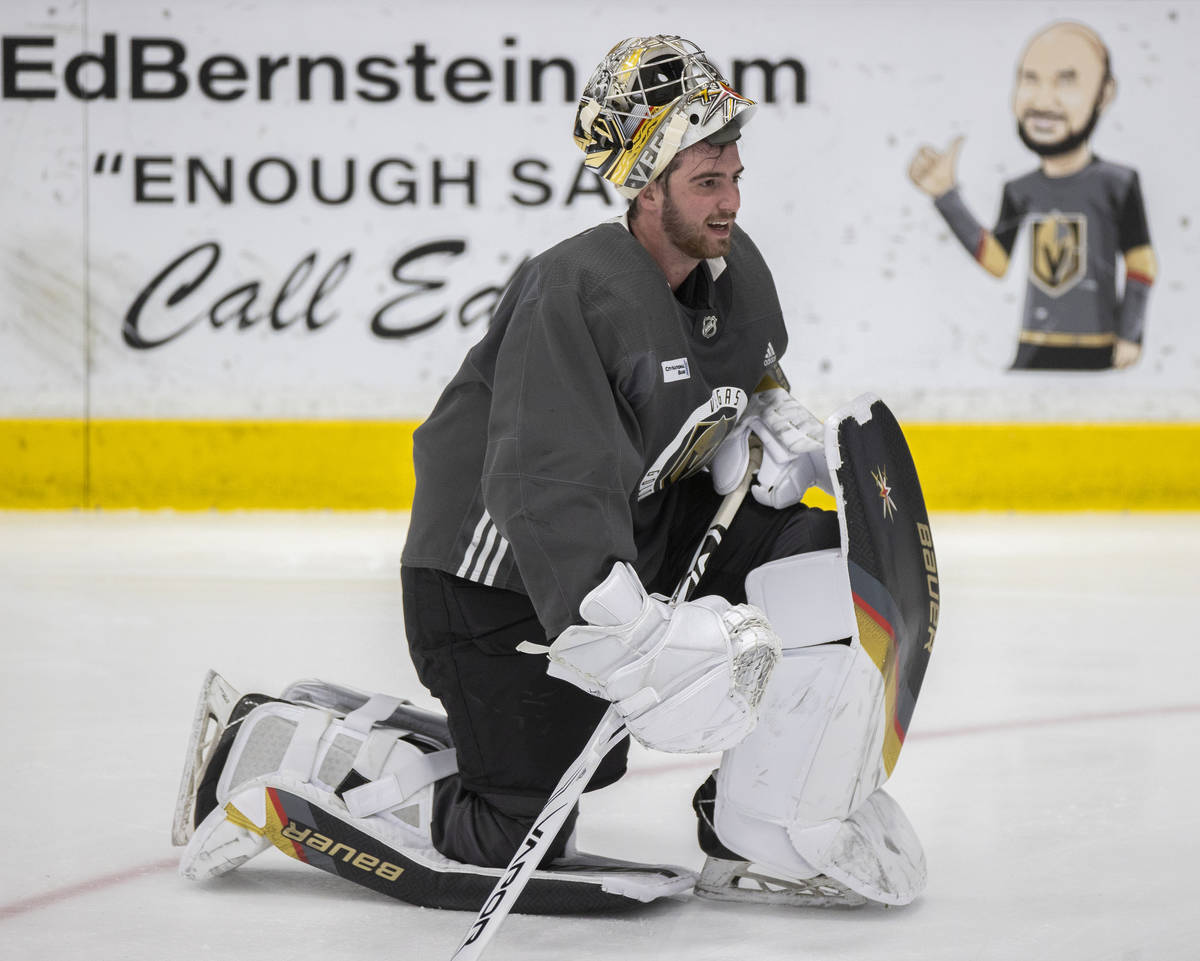 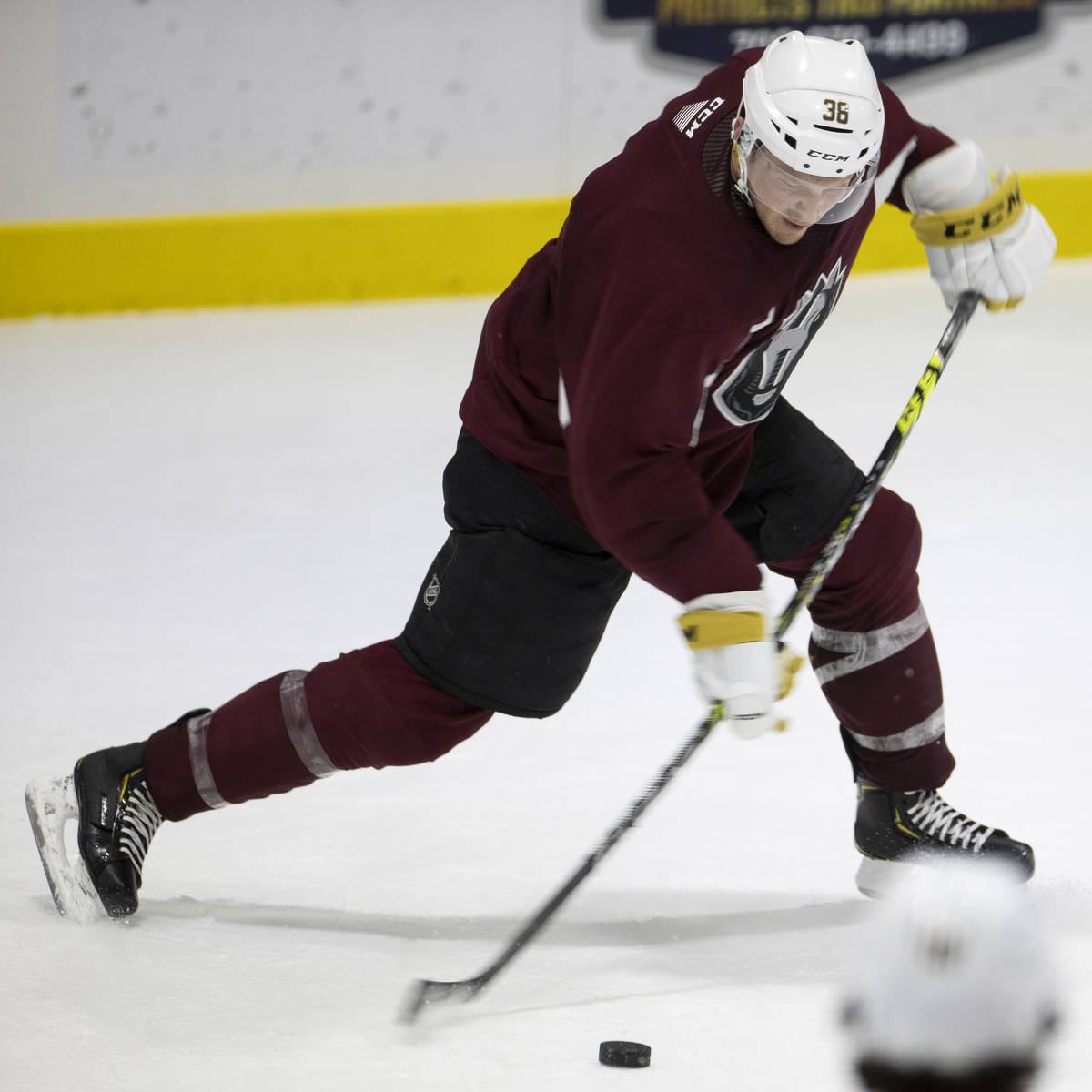 The Silver Knights entered training camp with a question in net.

The Chicago Wolves’ primary goaltender last season, Oscar Dansk, is on the Golden Knights’ practice squad. Last year’s No. 2, Garret Sparks, is no longer in the organization.

Enter a 23-year-old goaltender who has already impressed with his work ethic and competitiveness. Logan Thompson was willing to drive 1,500 miles to get his Knights career started in July, and that same hunger has made him stand out in the first Henderson training camp.

“Even when he gets beat on a shot or a play, he never gets up,” Silver Knights coach Manny Viveiros said. “He makes saves where you think in practice, ‘OK, that’s an automatic goal.’”

Thompson is a new addition to the organization after signing a two-year, entry-level contract in July. The deal came together when the Golden Knights reconvened for training camp before the postseason. Not wanting to miss out, Thompson drove from Brandon, Manitoba, to Las Vegas just to take part for a few days.

His first impression must have gone well. He was one of four goaltenders invited to the Knights’ NHL camp in January, joining Dansk, Robin Lehner and Marc-Andre Fleury. Now, Thompson is one of three netminders in the Silver Knights’ camp, along with first-year pro Jiri Patera, a 2017 sixth-round pick, and 22-year-old Dylan Ferguson.

There’s a path to the net if Thompson can take it. He didn’t have a decorated junior career, but had a .929 save percentage and 2.25 goals-against average last season in the ECHL, which is one level below the AHL.

“I’m really happy to be here,” Thompson said. “But I’m nowhere near where I want to be. I have a lot to prove to myself, other people in this organization and other people in general. The work’s just getting started for me.”

The Silver Knights have become acquainted with their practice facility, Lifeguard Arena, in recent weeks. The rink, similar to the Golden Knights’ City National Arena, has received rave reviews compared to the organization’s former facility in Chicago.

“You just can’t beat this,” defenseman Jimmy Schuldt said. “Nothing against Chicago, it’s a great organization and nice facilities there, but this is the best I’ve seen in the American League.”

Get ready for rivalries

The Silver Knights are going to get to know the other nearby AHL teams quickly. They’re playing only Pacific Division foes this season, and they will play the same team in three consecutive games eight times.

“Those will be exciting,” forward Paul Cotter said. “I think a few of them will be blood baths.”