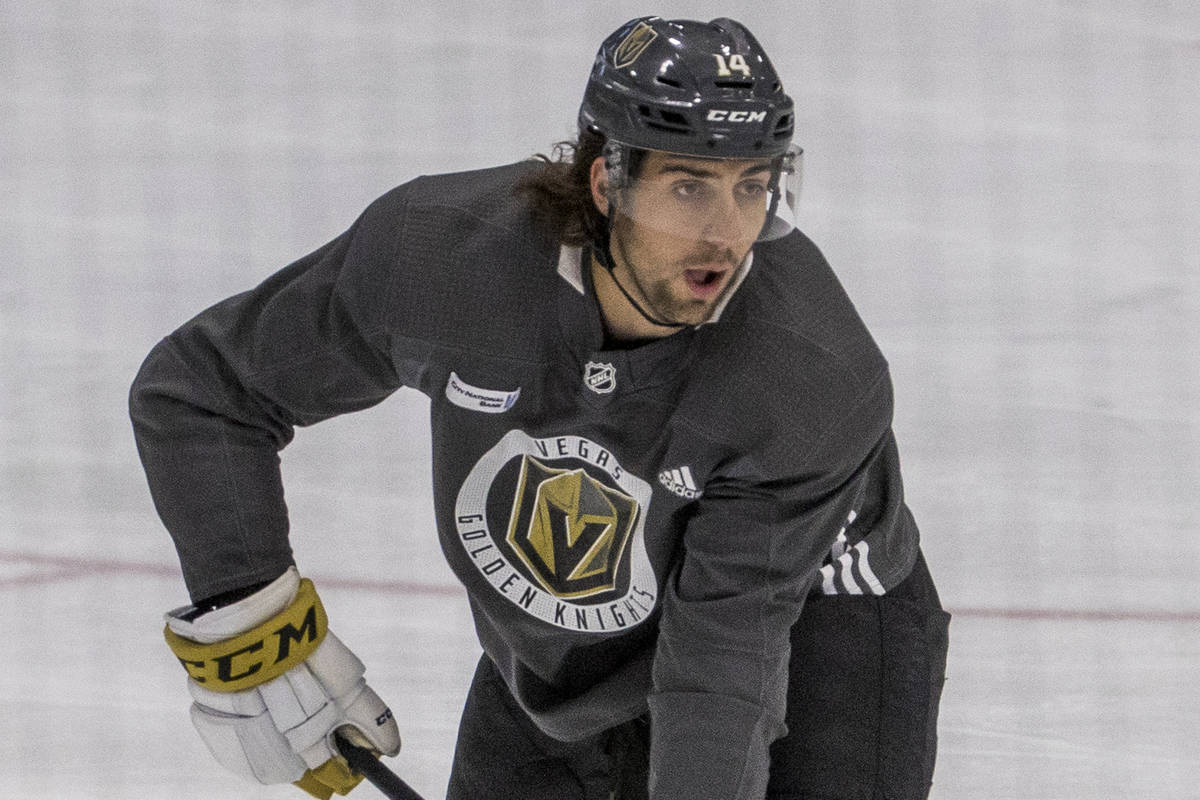 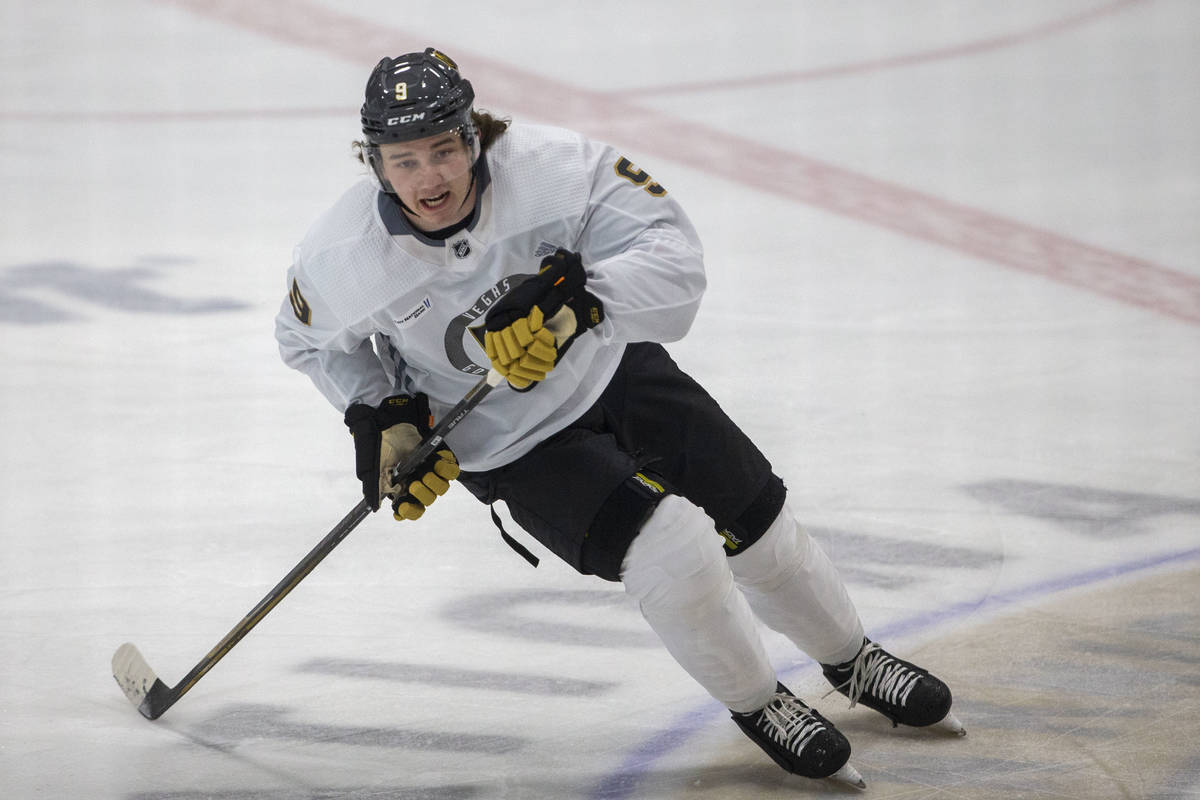 Nic Hague hasn’t played in the NHL in nearly a year. His wait will end Monday.

The defenseman will make his season debut for the Golden Knights when they host the Arizona Coyotes at T-Mobile Arena in the first of four straight games between the clubs.

To make room in the lineup for Hague, center Cody Glass is expected to be placed on the taxi squad or reassigned to the American Hockey League.

“It was an opportunity. We don’t want Nic Hague to sit around longer than he has to to play,” coach Pete DeBoer said after the morning skate. “I think he’s an NHL defenseman. I think he had a great training camp. I think with the fact we’re playing three games in five days to start, it was a good time to get him in and hopefully give our D a little bit of a breather here after the first two games.”

Hague appeared in 38 games last season and scored his first NHL goal Jan. 21 at Boston. But he was reassigned to the American Hockey League following the game and remained in the minors thanks to the emergence of Zach Whitecloud and for salary cap reasons.

The 22-year-old Hague is expected to be partnered with Whitecloud against the Coyotes, as the Knights return to six defensemen. They played with five in the lineup both games against Anaheim.

Alex Pietrangelo averaged 27:28 of ice time in the two games, and no one averaged less than 21:44.

Glass is coming out of the lineup rather than Keegan Kolesar to keep the Knights under the salary cap. Kolesar must go through waivers to be placed on the taxi squad and is likely to be claimed by another team, while Glass is exempt from waivers.

Kolesar will center an intimidating fourth line against Arizona with wingers William Carrier and Ryan Reaves. That trio averages 6 feet, 2 inches and 223.3 pounds.

“The last couple years a lot of guys have rotated on that fourth line,” Carrier said. “He knows exactly what to expect from us.”

Willie O’Ree was honored across the league Monday, which marked the 63rd anniversary of his debut for the Boston Bruins as the first Black player in NHL history. The tributes took on added significance with the observance of Martin Luther King, Jr. Day.

The Knights joined the other 30 teams and will wear a custom decal on their helmets in tribute to O’Ree on Monday and throughout Black History Month in February.

O’Ree, 85, serves as an ambassador for the NHL and was elected to the Hockey Hall of Fame in 2018. He is set to have his No. 22 retired by the Bruins next month.

“I’m in awe every time I hear him speak,” DeBoer said.

Training camp for the Silver Knights opened Monday at Lifeguard Arena in Henderson. All practices are closed to the public.

The American Hockey League has not released a season schedule but is targeting a Feb. 5 start, with 28 of its 31 teams opting to play. The Golden Knights’ minor league affiliate will play games at Orleans Arena.

4
1 dead after attempted carjacking in Henderson