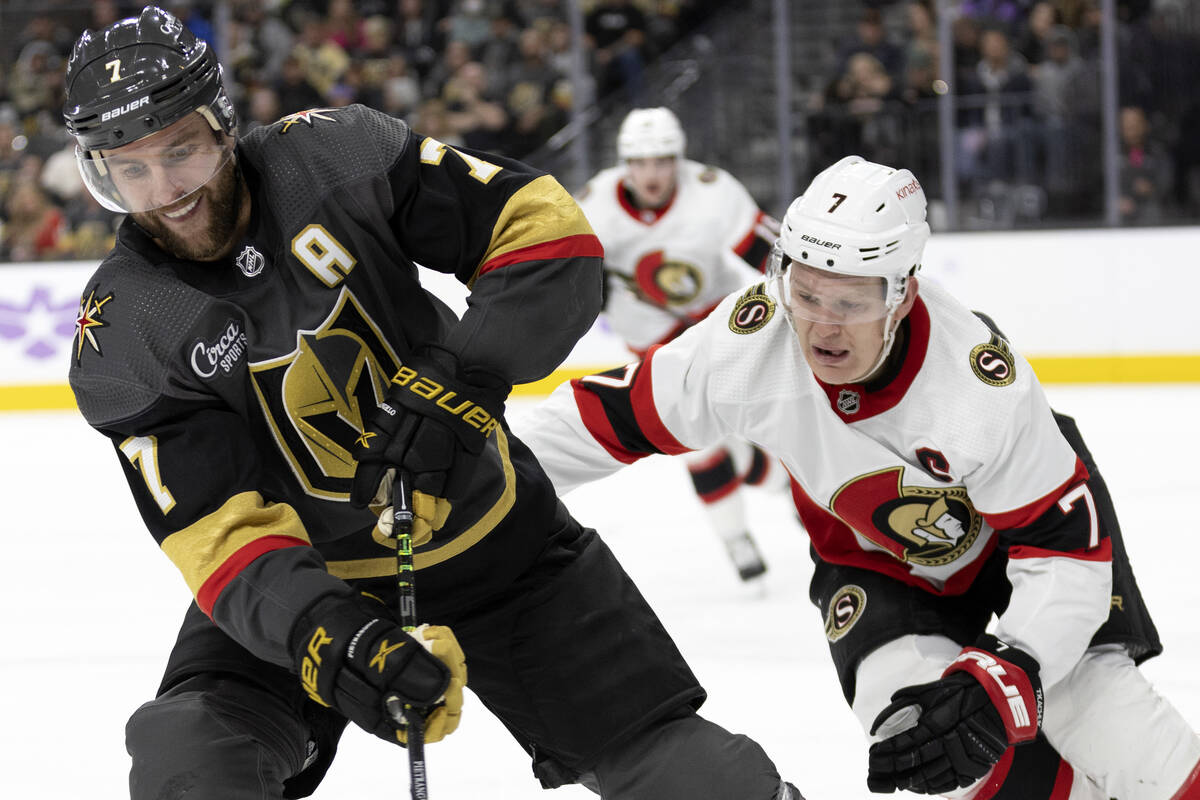 Golden Knights defenseman Alex Pietrangelo remains away from the team, and there is no timeline for his return, a spokesperson said Wednesday.

Pietrangelo missed Monday’s game at Columbus for personal reasons. The Knights play at Pittsburgh on Thursday, Detroit on Saturday and Boston on Monday before returning home.

Pietrangelo has excelled in his third season with the team. He’s second on the Knights in scoring with 21 points in 23 games and is tied for sixth in scoring among NHL defensemen.

Hague played a season-high 22:22, while Theodore played 6:51 of a possible eight power-play minutes. Hutton played 10:43, the second-lowest total on the team, in his first game since Oct. 11.

Hayes, 23, had one assist in 14 games with the Silver Knights. He played three games for the Golden Knights last season, including his NHL debut March 21.

The trade gives the Knights 49 contracts, one under the league limit. It also clears room on the Silver Knights’ blue line. They have had nine defensemen play for them in 20 games.

The deal is the second between the Golden Knights and Hurricanes for future considerations. The Knights sent left wing Max Pacioretty and defenseman Dylan Coghlan to Carolina on July 13. Coghlan has played six games for the Hurricanes and doesn’t have a point. Pacioretty has yet to make an appearance because of a torn Achilles.

The Penguins announced one day before playing the Knights that defenseman Kris Letang suffered a stroke Monday and is out indefinitely.

Pittsburgh said Letang is not experiencing any lasting effects, and his condition is not expected to be career ending. Letang missed two months in 2014 because of a stroke.

The 35-year-old is a franchise icon in Pittsburgh and has won two Stanley Cups. He has 12 points in 21 games this season.