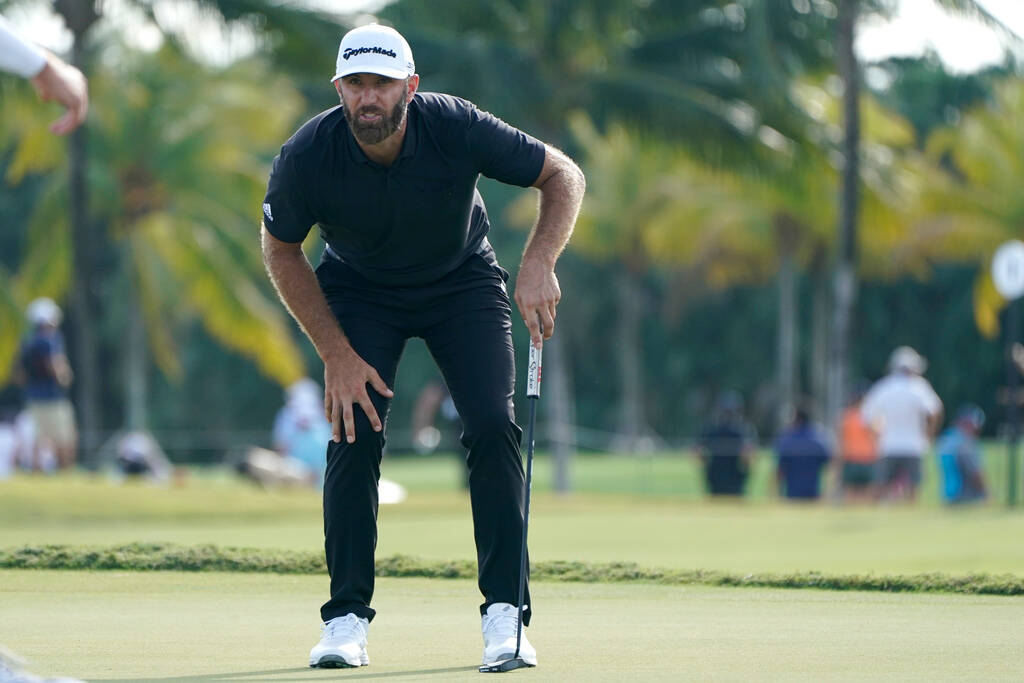 FILE - Dustin Johnson reacts after putting on the 17th green during the final round of the LIV Golf Team Championship at Trump National Doral Golf Club, Oct. 30, 2022, in Doral, Fla. Players who defected from the PGA Tour to join Saudi-funded LIV Golf are still welcome at the Masters next year, even as Augusta National officials expressed disappointment Tuesday, Dec. 20, in the division it has caused in golf. (AP Photo/Lynne Sladky, File) 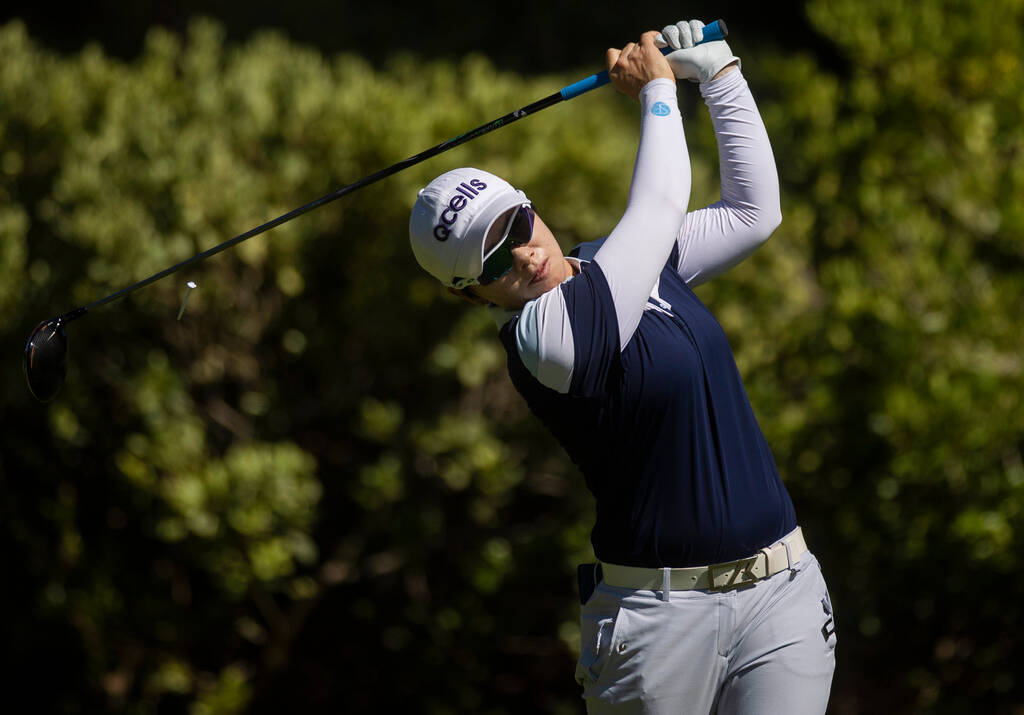 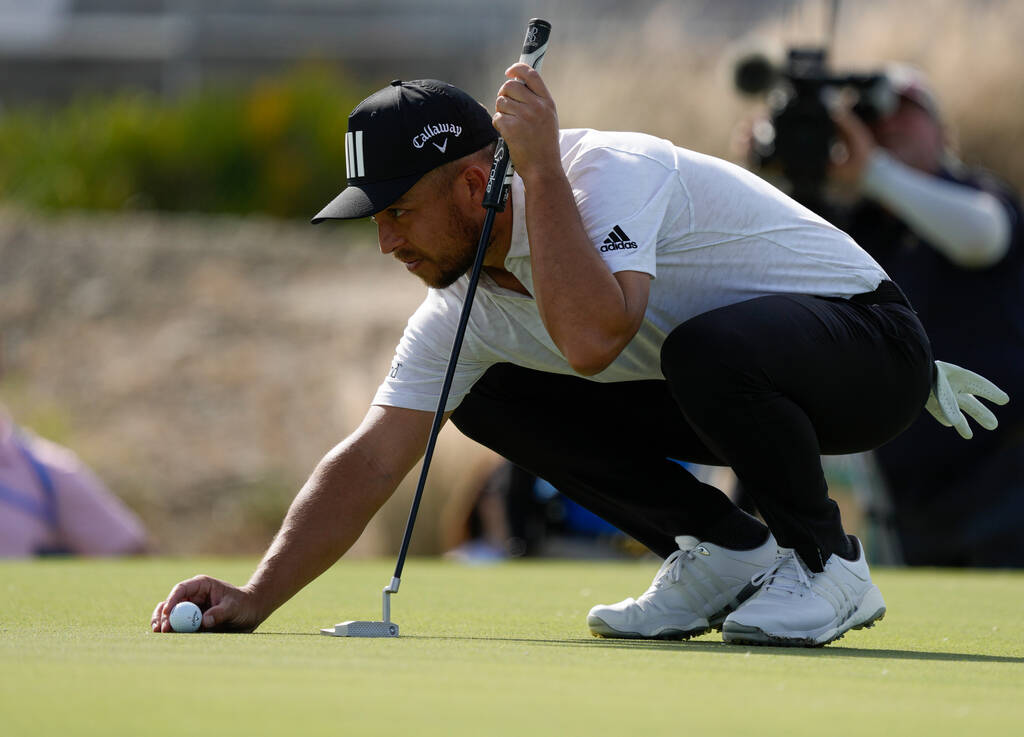 Xander Schauffele, of the United States, lines up a putt on the third green during the third round of the Hero World Challenge PGA Tour at the Albany Golf Club, in New Providence, Bahamas, Saturday, Dec. 3, 2022. (AP Photo/Fernando Llano) 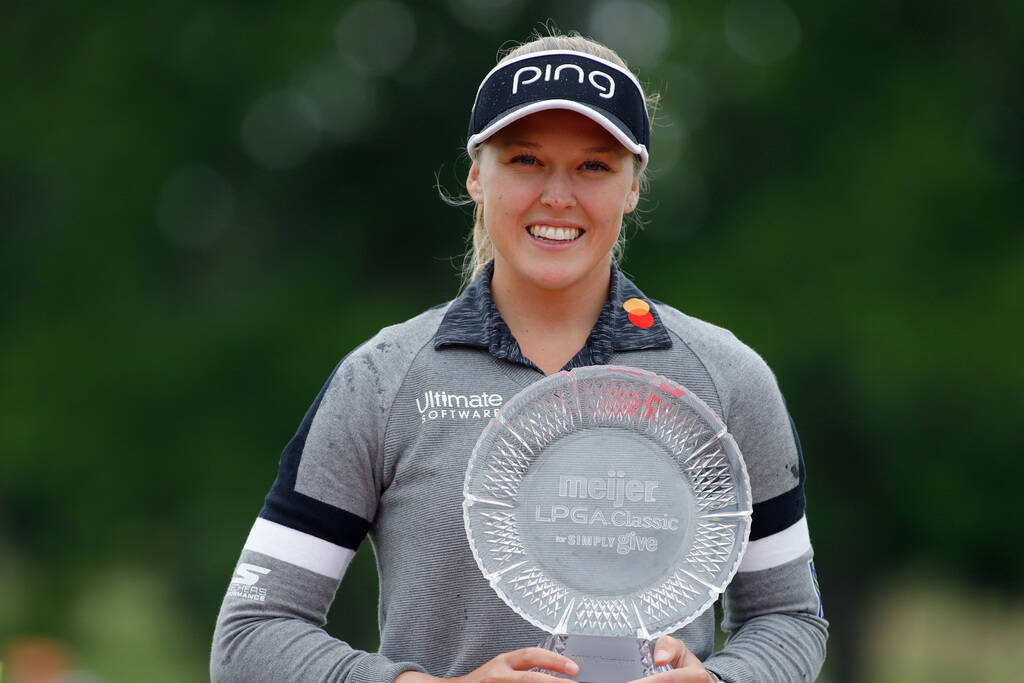 It was a consequential year for golf in 2022 as the upstart LIV Golf caused major turmoil as a handful of big names took wheelbarrows full of cash to leave the PGA Tour.

While the controversy surrounding the Saudi-backed league stole the headlines, there was plenty of great golf on the courses. Before we flip the calendar to 2023, let’s look back on the year that was from A to Z.

A: Alker, Steven. The journeyman had missed more than half the cuts in his career, but something clicked in 2022. He was the Champions Tour player of the year after winning four times, including a major, and posting 18 top-10 finishes.

B: Buhai, Ashleigh. The veteran got her first LPGA Tour win, and it was a biggie. Buhai won the Women’s British Open in a playoff in one of the most dramatic tournaments of the year.

C: Cameron Smith. He won the British Open with the best nine holes anyone played all year, the Players Championship and the Tournament of Champions to reach No. 2 in the world. Then he bolted for LIV and a nine-figure payday.

D: Dustin Johnson. When LIV Golf revealed its initial roster, DJ was the huge surprise. A 24-time winner on the PGA Tour and longtime world No. 1, he remains LIV’s biggest coup. Then he dominated the LIV tour.

E: England. British golf got a huge boost in 2022, led by Matt Fitzpatrick’s win at the U.S. Open with a 72nd hole bunker approach that was the shot of the year. On the LPGA Tour, Jodi Ewart Shadoff won for the first time and Charley Hull broke a long drought.

F: Finau, Tony. The man with all the potential put it together in 2022, winning in back-to-back weeks in late summer in Minneapolis and Detroit, then again in November in Houston.

G: Guarantees. A revamped PGA Tour schedule with elevated events guarantees the best players will all be in the field 13 times, in addition to the majors. What this means to the other tournaments and the fall schedule is the big mystery.

H: Henderson, Brooke. The most popular player on the LPGA Tour added a second major at the Evian Championship and wins No. 11 and 12, all at the age of 25.

I: Injuries. Plenty of players had their share of issues in 2022, but none were scarier than LPGA stars Nelly Korda and Danielle Kang. Both missed three months, Korda with a blood clot in her arm and Kang with a tumor on her spine.

J: Ji, Eun-Hee. The LPGA veteran broke a long victory drought by conquering Shadow Creek and the 64-player field in Las Vegas at the Bank of Hope Match Play.

K: Ko, Lydia. A win in the Tour Championship gave Ko her third win of the year and a sweep of the LPGA, winning player of the year, the money title and the Vare Trophy for lowest scoring average. She also returned to world No. 1 one week later.

L: LIV. The rival league flipped golf upside down, throwing hundreds of millions at players. But without a TV deal and no return on investment, the questions are how long it is willing to survive and what happens to the players who jumped ship should LIV go down.

M: McIlroy, Rory. He won three times, finished in the top 10 in every major, won the Tour Championship and returned to No. 1 in the world. All while becoming the unofficial leader of players fighting back at LIV Golf.

N: Nelly Korda. The best U.S. golfer began the year at No. 1, suffered a huge medical scare that sidelined her for three months, but slowly got her game back and a win late in the season.

O: Old-timers. Bernhard Langer won on the Champions Tour for the 15th straight year, became the tour’s oldest winner at 65 and is one victory shy of the all-time wins record. And Fred Couples, still the most popular player in golf not named Tiger Woods, won at age 63.

P: Power, Seamus. The Las Vegas golfer ended the fall swing at the top of the FedEx Cup standings thanks to a win in Bermuda, a third at Mayakoba and a fifth at Sea Island. He’s also cracked the top 30 in the world rankings.

Q: Questions. The new year begins with many unknowns, including what happens to the fall events — including the Shriners Children’s Open — now that the PGA Tour is returning to a calendar year instead of a wraparound season.

R: Rookies. Three first-year players made a big splash in 2022. Tom Kim, 20, won in Greensboro to earn a PGA Tour card, starred at the Presidents Cup and won the Shriners without making a bogey at TPC Summerlin over 72 holes. Atthaya Thitikul, 19, won twice on the LPGA Tour and briefly reached No. 1 in the world. Las Vegas native Taylor Montgomery played seven fall events and finished in the top 15 in six of them, including a third in Napa.

S: Scheffler, Scottie. He finally got his first win in Phoenix. Then another at Bay Hill. Then the Match Play. Then the Masters. He went from non-winner to No. 1 in the world and major champion in the matter of six events.

T: Thomas, Justin. He added a second PGA Championship at Southern Hills, but the victory was overshadowed by Mito Pereria’s 72nd-hold blunder when he drove it in a creek with a one-shot lead and made double bogey.

U: United States. Team USA dominated the Presidents Cup again, winning 17.5-12.5. The U.S. hasn’t lost to the International team since 1998.

V: Vegas. Southern Nevada is becoming one of the hubs of professional golf. Close to two dozen players on the PGA Tour call it home, as well as several LPGA players as well.

W: Woods, Tiger: He only played nine competitive rounds all year in life after his car accident, but he was still the biggest influence in rallying players around the PGA Tour against the threat from LIV Golf and in getting the tour’s schedule and purses altered significantly.

X: Xander Schauffele. After several years of close calls, the Las Vegas resident got back to winning in 2022, taking home three trophies, leading the U.S. Presidents Cup team and climbing to No. 6 in the world.

Y: Yearly schedule: The PGA Tour officially returns next week to a calendar-based schedule instead of the wraparound year that has been around for a decade and would begin in September.

Z: Zalatoris, Will. Mr. Heartbreak was three putts away from winning or going to a playoff in three majors. He finally got his first win in August, promptly hurt his back and didn’t play the rest of the year.