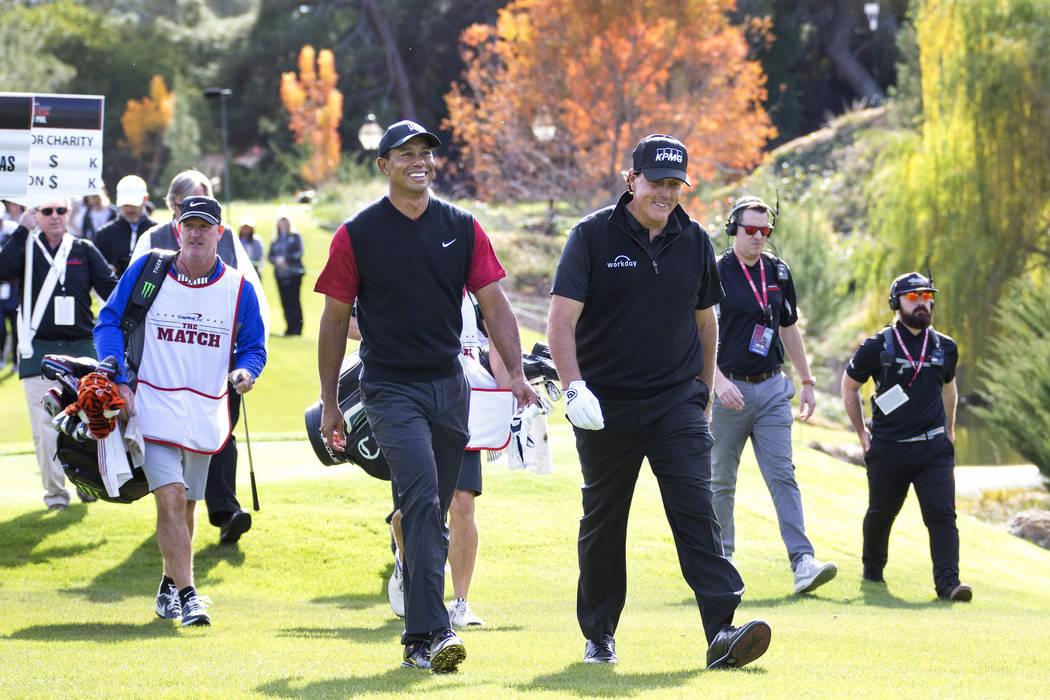 Tiger Woods, left, and Phil Mickelson walk to the fairway after teeing off from the first during The Match at Shadow Creek Golf Course in North Las Vegas on Friday, Nov. 23, 2018. Richard Brian Las Vegas Review-Journal @vegasphotograph

Bleacher Report is offering a refund to those who experienced technical difficulties during the Phil Mickelson-Tiger Woods pay-per-view match in Las Vegas.

Technical difficulties marred the event, which was billed as golf’s first pay-per-view broadcast.

Some viewers were unable to view it on their televisions after paying $19.95. Turner and Bleacher Report representatives sent out links on social media allowing people to view it for free on their computers and mobile devices.

There were over 500 people on hold online waiting for assistance during one point.

Turner Sports said in an emailed statement: “Prior to the start of the event, we experienced a technical issue with the B/R Live paywall that we tried to quickly resolve. We decided to take down the paywall to ensure that fans who already purchased the event would not miss any action. This did not impact the live streaming of the competition and fans were treated to an event that was both engaging and memorable. Unfortunately, the pre-match technical issue did occur, and we will offer fans who purchased the event on B/R Live a refund.”