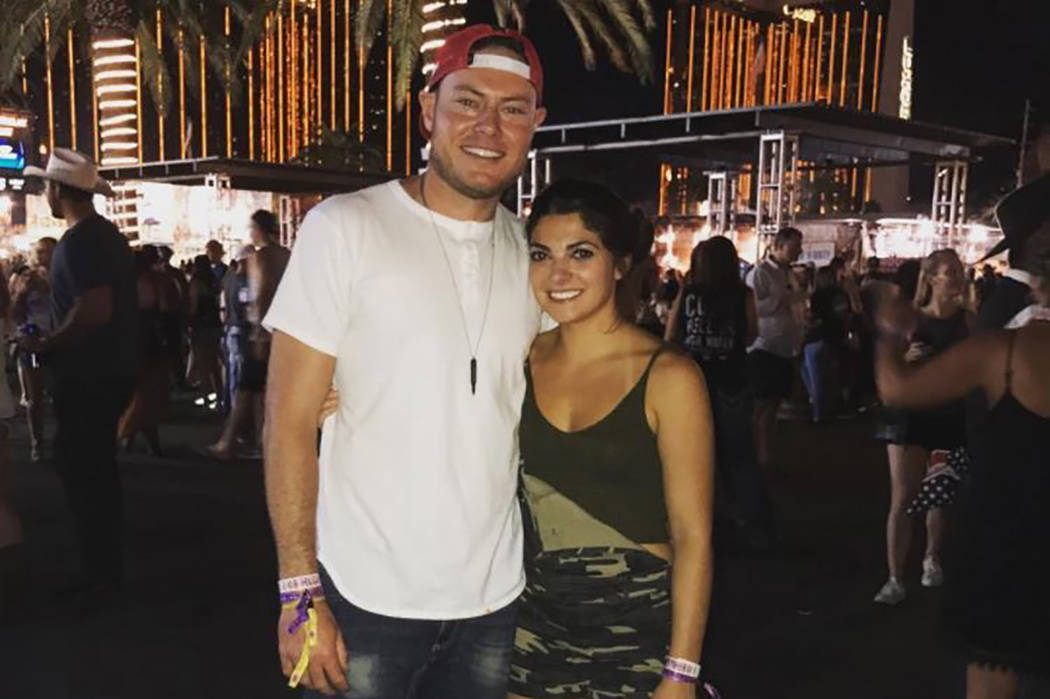 Former UNLV golfer and Web.com Tour player AJ McInerney and girlfriend Alyssa Martine are shown at Route 91 Harvest Festival the night before a mass shooting when they had to run for their lives. AJ McInerney

Former UNLV golfer A.J. McInerney likely will never forget the events of the past few weeks.

McInerney was at the Route 91 Harvest festival on Oct. 1 and survived the shooting. He turned 24 on Oct. 5. This weekend, tournament officials reached out to McInerney with a special exemption to play in his hometown event, the Shriners Hospitals for Children Open at TPC Summerlin Oct. 30-Nov. 5.

“Beyond excited to play my 1st PGA tour event in Vegas,” McInerney said via Twitter. “TU @ShrinersOpen for the opportunity! This city means everything to me #VegasStrong.”

Beyond excited to play my 1st PGA tour event in Vegas. TU @ShrinersOpen for the opportunity! This city means everything to me #VegasStrong

McInerney was a rookie on the Web.com Tour this year and posted three top 25 finishes while making 10 cuts in 21 events. A Henderson native, McInerney had a standout career at Coronado High before joining the golf team at UNLV.

McInerney, his girlfriend Alyssa Martine, and her brother, Anthony, were in the Route 91 Harvest Festival crowd when the shots rang out.

“I don’t mind talking about it because I’m not physically hurt, just emotionally shaken,” McInerney said a few days after the shooting. “Hopefully what I say can help others who weren’t as fortunate as we were. I wake up every day and wonder, ‘Why did I get so lucky, and why did we get so lucky?

“I know a lot of people, and I saw a lot of people who didn’t get so lucky. This is now all about them and Las Vegas coming together. I love Las Vegas. I grew up here and played golf here, and I have no plans of ever living anywhere else. How everybody came together made me fall in love even more with Las Vegas.”