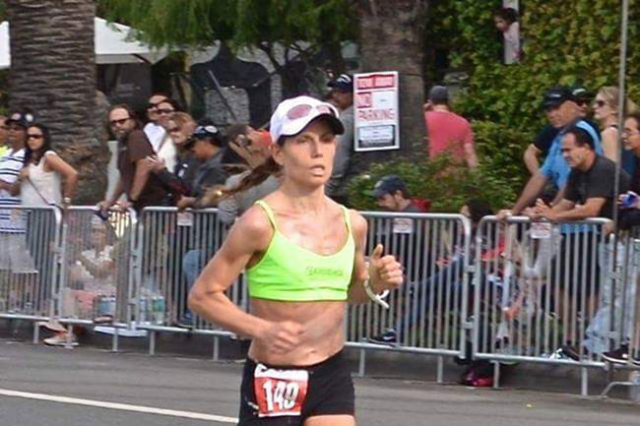 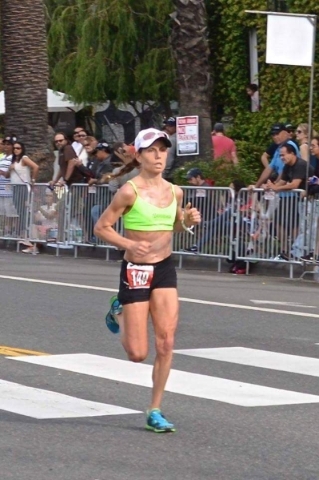 On race day, success in a marathon has more to do with a runner’s head than legs. That’s according to Sylvia Mosqueda, a former pro runner who competed for a spot on the U.S. Olympic team five times.

On Saturday, Mosqueda, now a coach, stood on the sidelines at the Olympic Trials in Los Angeles as Las Vegas residents Christina Vergara Aleshire, 34, and Juan Pardes, 25, two of her most elite Southern Nevada athletes, raced in their first Olympic qualifying marathon.

The Los Angeles Times reported that the temperature was 66 degrees at the start of the race and climbed about 12 degrees, making for less than ideal conditions. Aleshire recalls the heat radiating from the ground. This had runners dropping out midrace. Third-place women’s finisher Shalane Flanagan collapsed at the finish.

“The pros have the experience and training to handle conditions like that, but when you’re an amateur, it is really difficult,” Mosqueda said.

Neither Aleshire nor Pardes qualified for the Olympics. Aleshire, who had run only five marathons and qualified with a time of 2:40:10, ran a 2:50:30 that put her in the middle of the pack. She was shooting for 2:38, which would have landed her in the top 10.

Pardes qualified with a 1:04 half-marathon time, so the event was his first marathon and a chance to get some experience. He finished in 2:57:43.

“It was hard to see people dropping out; I know how hard they tried just to get there,” Aleshire said. “When your body is so drained, it is hard to push through. But I wasn’t going to give up.”

Aleshire has learned that is when the tough get going.

“When you are in the best shape of your life, your mind still needs to be stronger than your body,” Mosqueda said.

Aleshire is working to analyze her performance and identify what she could have done differently. Her plans are to hit the track and work on speed before running another marathon. On Monday, she swam an hour “just to get the blood flowing.”

Despite the outcome, the experience for her was invaluable. The next time a race isn’t going her way, she says she will remember this:

“Yes, my body hurts, but I am OK. Knowing this will help me through and conquer that feeling.”

Call me a coach

If your goal is to improve your 5K, 10K or marathon personal best, coaching may help. While Aleshire and Pardes are on Mosqueda’s elite team, she offers runners of all levels online coaching programs in which weekly workouts are sent via email. There also are group-running sessions at Durango High School (7100 W. Dewey Drive) at 6:30 p.m. on Mondays for a $15 fee and at 5 p.m. Wednesdays at Spring Valley Park (7600 W. Flamingo Road) for $10.

“Not everyone is here to be an Olympian, but they do it because they love it, they love to run,” Mosqueda said.

She also has a masters program in the works for runners 40 or older. Racing at a world-class level until she was 43, Mosqueda said athletes do not have to give up their love of competition because of age.

If you think you’re too old to start running, meet Frank Gamman. The Las Vegas resident is getting ready to celebrate his 72nd birthday, and he has crossed the finish line in 50 marathons since running his first in 1988 when he was 44. Gamman has qualified for the prestigious Boston Marathon seven times and has run Las Vegas 15 times.

Gamman wasn’t athletic growing up. At 38, he started jogging when he moved from New York to Cleveland, Ohio. The social aspect of group runs was appealing to him. A few years into it, he ran a 5k. In the years that followed, he consistently placed in the top two spots in his age category — and he still does.

“My performance wasn’t great,” he said of his 1:50:12 finish that was about six minutes faster than the second-place finisher.

He admits he struggles with his times getting slower as the years pass, but he’s happy to be running again.

Gamman, who moved to Las Vegas in 2002 and is retired, still runs five days a week and mixes that with cycling and weights. His doctor calls him his healthiest patient, and while training at Las Vegas Athletic Club, he turns a lot of heads.

“People always ask me my age. I guess I impress a lot of people, but I don’t see it,” Gamman said. “To me, running is second nature. I love doing it, and you have to love what you are doing.”

Stephanie Forte is a local longtime rock climber and snowboarder. She is one of the voices of Beyond Vegas, a social media community that helps to connect people to outdoor adventures in Southern Nevada. If you are hosting an outdoor event, send information to steph@beyondvegas.com. Follow her on Twitter: @StephNForte