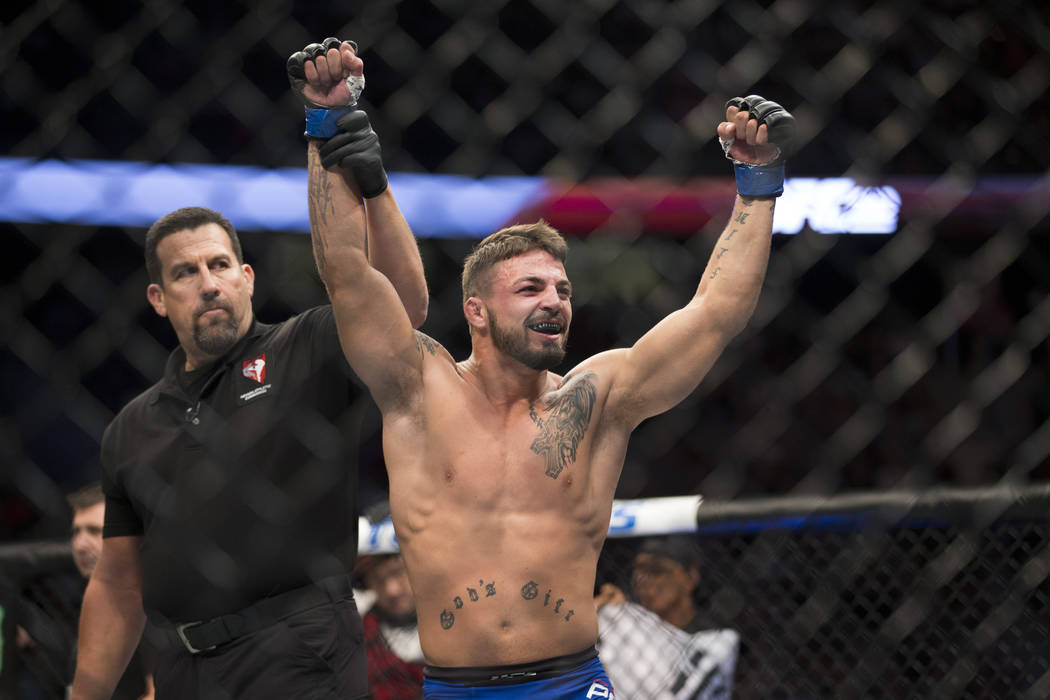 Mike Perry raises his arms in victory after his first round technical knockout against Hyun Gyu Lim in the welterweight bout during UFC 202 at T-Mobile Arena on Saturday, Aug. 20, 2016, in Las Vegas. (Erik Verduzco/Las Vegas Review-Journal) Follow @Erik_Verduzco

Polarizing welterweight Mike Perry will look to snap a two-fight losing streak when he takes on Yancy Medeiros at UFC 226 in Las Vegas, sources close to the organization confirmed to the Review-Journal on Tuesday.

Perry had won four of his first five fights in the UFC, all by knockout, before his current slide.

He is even more well-known for his controversial comments and social media postings that have made him a lightning rod among fans and opponents.

Perry is coming off a unanimous-decision loss to Max Griffin in February. He has yet to be finished in his professional career.

Medeiros had his three-fight win streak snapped with a loss to Donald “Cowboy” Cerrone in February.

UFC 226, which is headlined by a heavyweight title bout between champion Stipe Miocic and light heavyweight champ Daniel Cormier, takes place at T-Mobile Arena on July 7.

A bantamweight contender bout between Raphael Assuncao and Rob Font has also been added to the card.