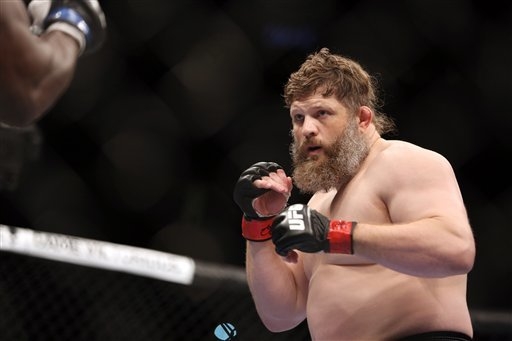 Las Vegan Roy Nelson will fight Derrick Lewis in the co-main event of the Ultimate Fighting Championship card on July 7 at the MGM Grand, sources close to the organization confirmed.

Lewis has won three straight fights including a first-round knockout of Gabriel Gonzaga on April 10.

Nelson, a Cimarron-Memorial graduate, snapped a three fight losing streak with a unanimous decision over Jared Rosholt on Feb. 6.

The card is part of three straight nights of UFC events in Las Vegas, culminating with UFC 200 at T-Mobile Arena on July 9.