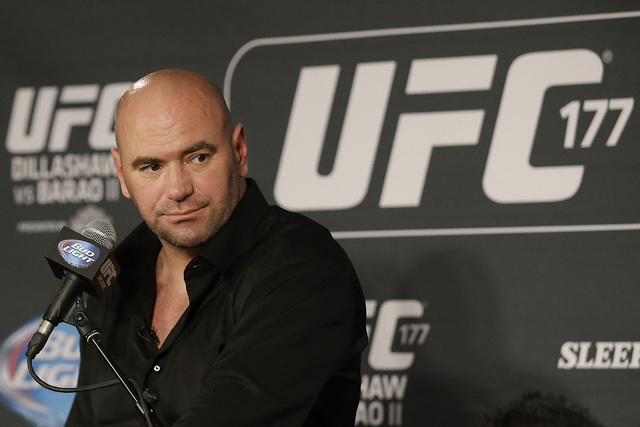 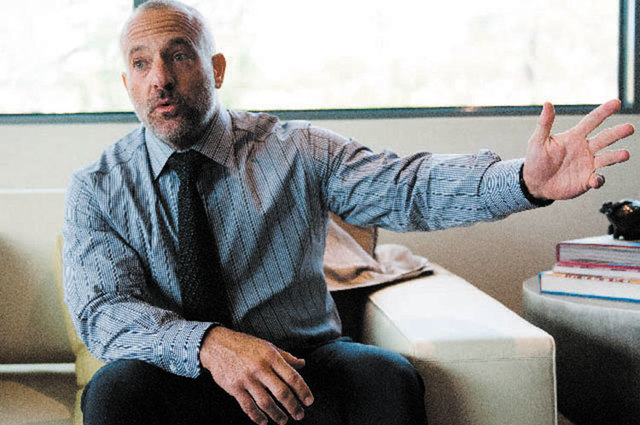 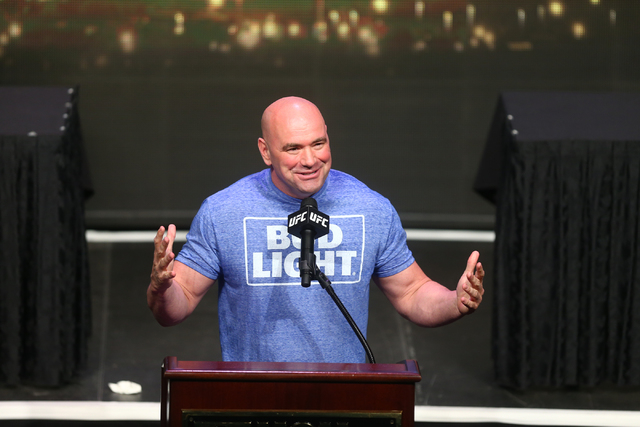 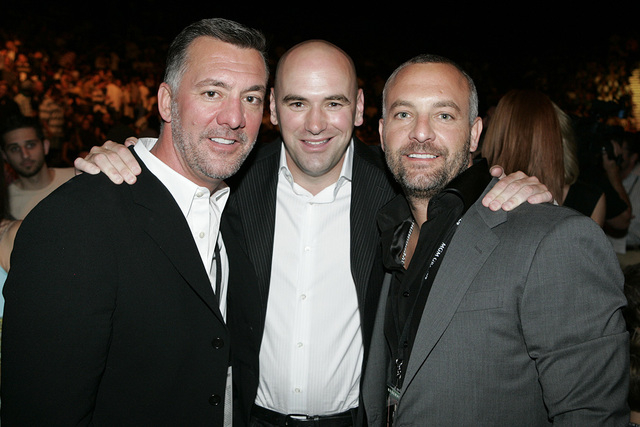 “The UFC is not for sale,” White told the Review-Journal on Tuesday evening. “The ESPN story is overblown. Darren Rovell is not a fan of facts. His facts could not be further off.”

Rumors of a potential sale of the UFC have come and gone for several years. Frank and Lorenzo Fertitta, along with White, operating as Zuffa LLC, purchased the UFC for a reported $2 million in 2001.

Rovell’s report indicates at least four bids have been submitted and a potential sale could be made at a valuation from $3.5 billion to $4 billion.

WME/IMG, China Media Capital, The Blackstone Group and Dalian Wanda Group were cited as potential bidders. Zuffa is being represented by Goldman Sachs, according to Rovell’s report.

UFC vice president of public relations Dave Sholler told the Review-Journal earlier Tuesday the organization would not address the report.

“As a private company, we don’t discuss speculation or rumors related to our business,” Sholler said.

The UFC very closely guards financial details. The Fertittas are believed to each own just over 40 percent of the company, with White around 9 percent and Flash Entertainment, a subsidiary of the Abu Dhabi government, owning the remaining 10 percent.