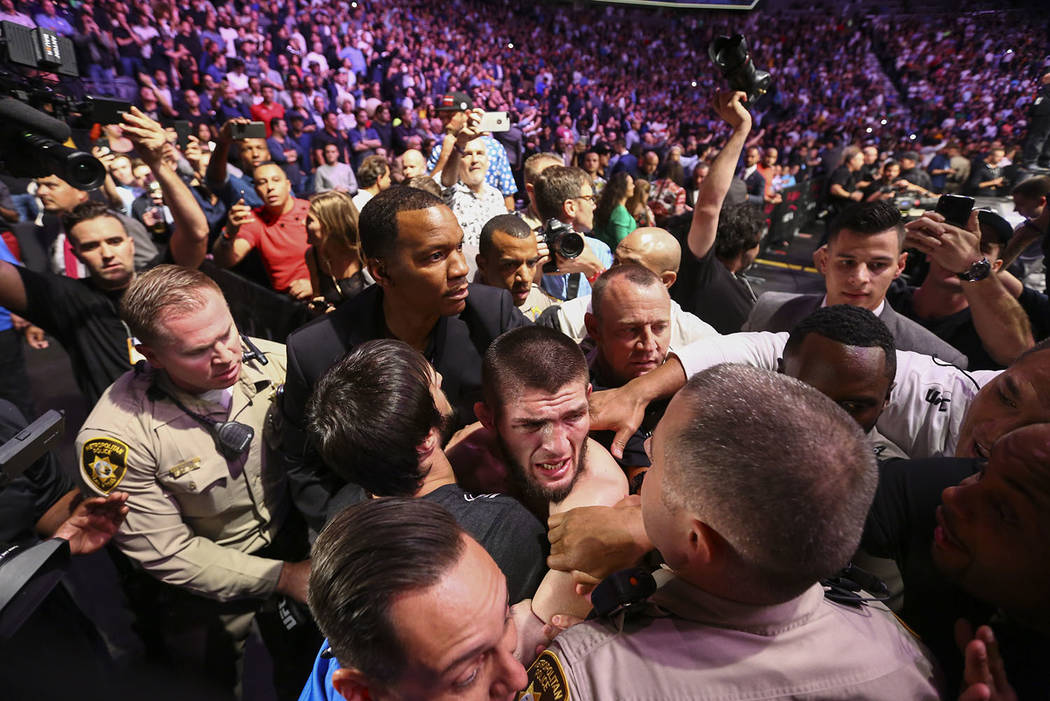 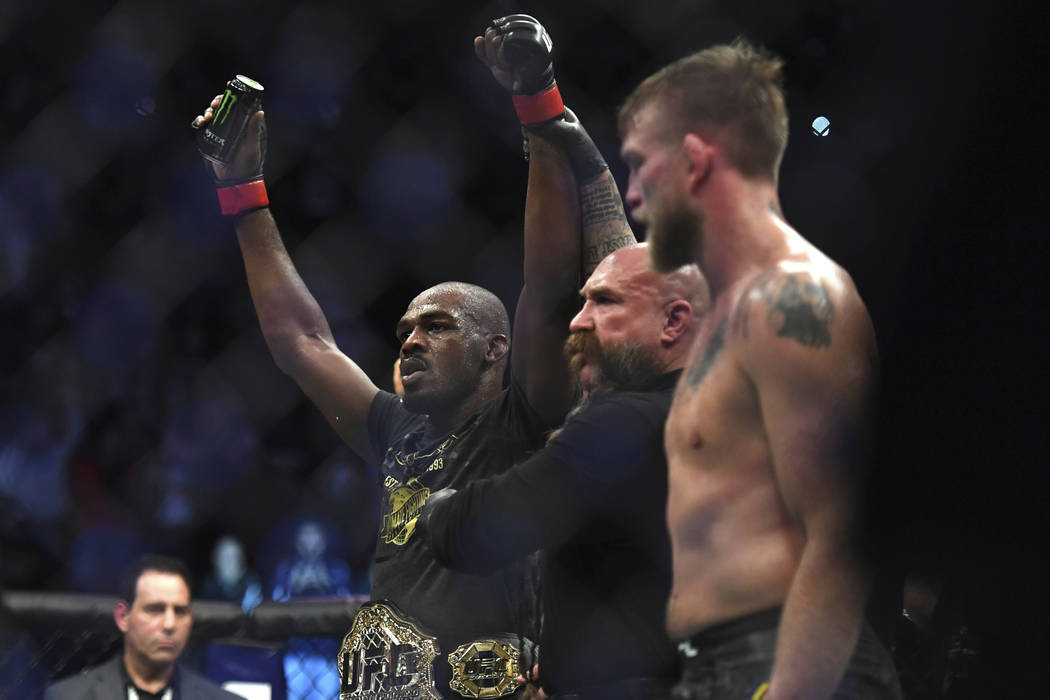 Tuesday’s meeting of the Nevada Athletic Commission may not be as chaotic as originally believed when the agenda was posted last week.

UFC lightweight champion Khabib Nurmagomedov and former champ Conor McGregor have entered into settlement agreements with the state and will not be present to go through full disciplinary hearings for their role in a post-fight fracas at T-Mobile Arena after their UFC 229 main event bout in October.

NAC executive director Bob Bennett confirmed those agreements will be presented to the full commission and voted on by the five-member panel Tuesday morning. Settlement agreements also were reached with Abubakar Nurmagomedov and Zubaira Tukhugov, associates of Nurmagomedov who were also involved in the melee.

The NAC is expected to agree to the settlement.

A licensing hearing for Jon Jones will now be the highlight of Tuesday’s 9 a.m. meeting at the Grant Sawyer Building. Jones had been slated to fight Alexander Gustafsson in December at T-Mobile Arena, but the commission was not willing to grant him a license just days after questions were raised about several out-of-competition drug tests administered to Jones. 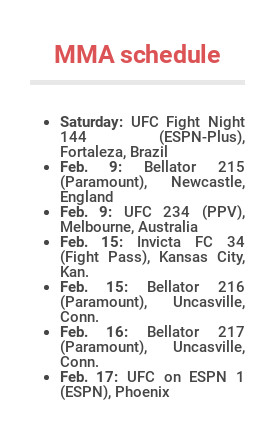 With no time to conduct a hearing, the UFC opted to move the fight to Los Angeles just six days before the event.

The NAC now will review the results in front of the full commission and determine whether Jones can be licensed for a planned UFC 235 event on March 2 at T-Mobile Arena where Jones is slated to fight Anthony Smith.

“We did not rush to a conclusion or an answer and that’s why we didn’t approve that fight here,” Bennett told the Review-Journal on Monday. “We wanted to take our time and do the research. We obviously took a loss of money as far as the economic impact on the state based on doing the right thing in terms of determining all the facts of the situation.”

It’s unclear exactly what that dollar figure was, but the UFC perhaps strategically released details of the economic impact from the fight between McGregor and Nurmagomedov on Monday.

“During the build up to UFC 229, I said it was going to be the biggest event in UFC’s history, and now we have all the numbers to prove it,” UFC president Dana White said in a statement. “Khabib vs. McGregor smashed our records for pay-per-views, social media impressions, and global viewership, and now we know it set records for economic impact here Las Vegas. None of this would have been possible without the support from the Las Vegas community and UFC’s loyal fans, the best in sports.”

Fans will get to hear from Jones live should he be granted his license by the NAC on Tuesday.

The UFC has scheduled a news conference to promote UFC 235 at 5 p.m. Thursday at the MGM Grand’s David Copperfield Theater, streamed by ESPN-Plus.

Jones is expected to appear along with welterweight champion Tyron Woodley, title challengers Anthony Smith and Kamaru Usman and the rest of the competitors slated to compete on the card at T-Mobile Arena on March 2.

Raphael Assuncao will rematch Marlon Moraes in a pivotal bantamweight bout in the main event of the UFC Fight Night 144 card on Saturday night in Fortaleza, Brazil.

Assuncao has won 11 of his last 12 fights with the lone loss coming against current champ T.J. Dillashaw in July 2016. His current four-fight winning streak includes a split-decision win over Moraes at UFC 212 in June 2017.

The narrow loss was the only one Moraes has suffered in four UFC fights and it snapped the 13-fight winning streak he brought to the organization.

Former featherweight champion Jose Aldo will also be in action against Renato Moicano on the card, which begins streaming on ESPN-Plus at 5 p.m.

“I think this kind of solidifies that I am one of the best pound-for-pound (fighters) out there,” Bader said after the victory. “But it’s just one of those things where I feel like I’m in my prime right now, so there’s a lot more to go. So I haven’t really begun to scratch the surface on legacy and all that kind of stuff.

“But this is the pinnacle right here: Heavyweight championship, I’m the light heavyweight champion. I got to fight Fedor, one of the best of all time, in the grand prix style tournament and become a two-division champion. I mean, what else is there to do? I can’t drop to 185. You can defend it and all that, but to do that, against that competitor in Fedor – if you look back at a career, that will always be a highlight.”

Also on the Bellator 214 card at The Forum, lightweight phenom Aaron Pico suffered a stunning knockout loss to Henry Corrales and heavyweight Jake Hager, who was formerly a professional wrestler under the name Jack Swagger, submitted J.W. Kiser in the first round of his professional MMA debut.