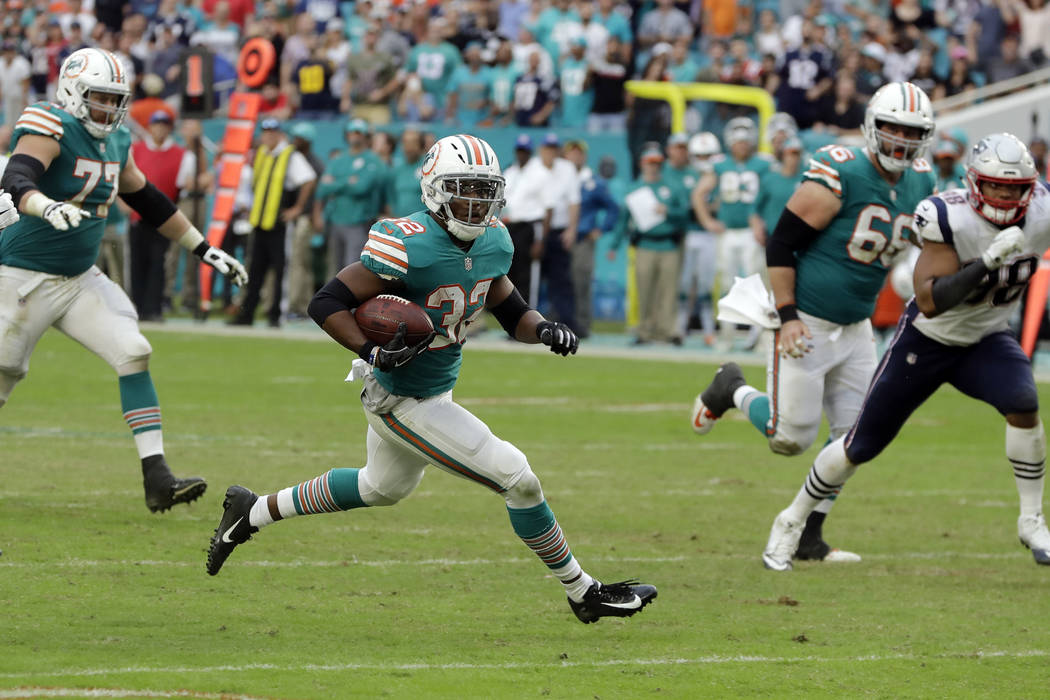 Miami Dolphins running back Kenyan Drake (32) runs for a touchdown, during the second half of an NFL football game against the New England Patriots, Sunday, Dec. 9, 2018, in Miami Gardens, Fla. (AP Photo/Lynne Sladky) 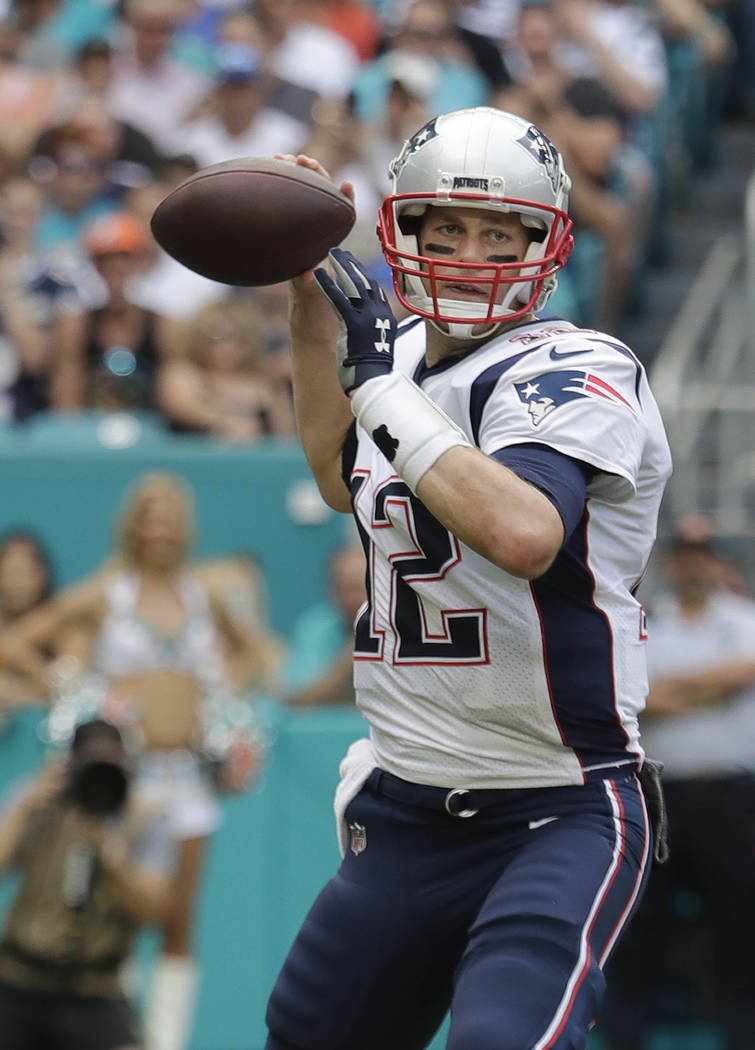 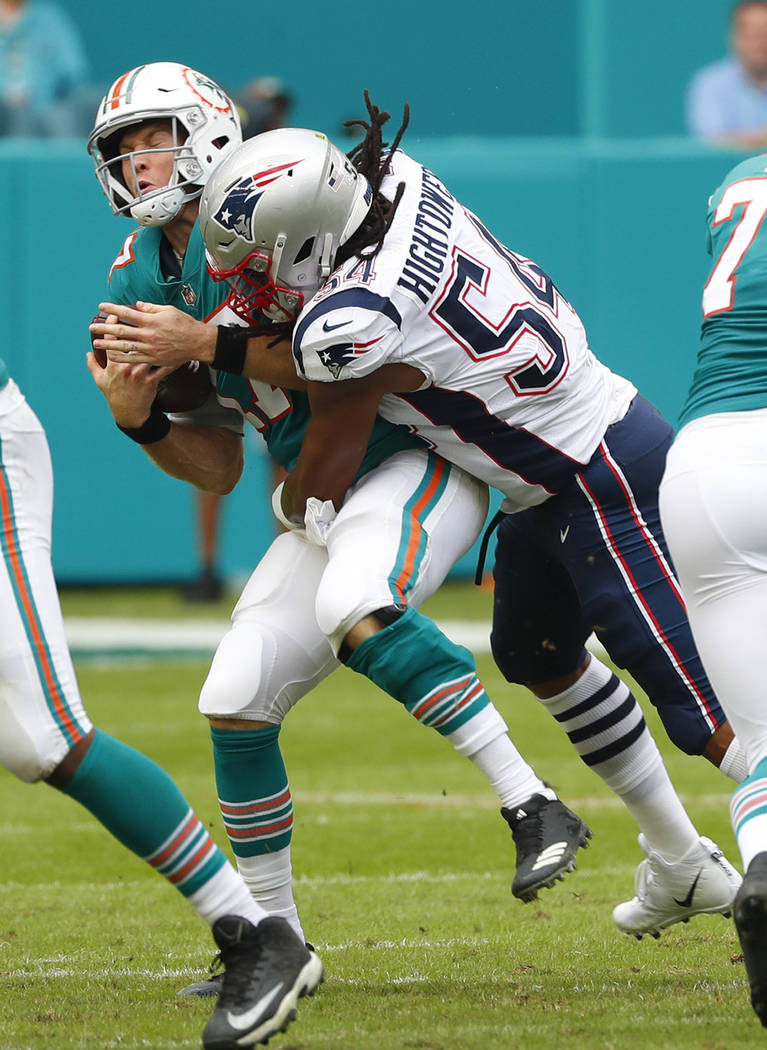 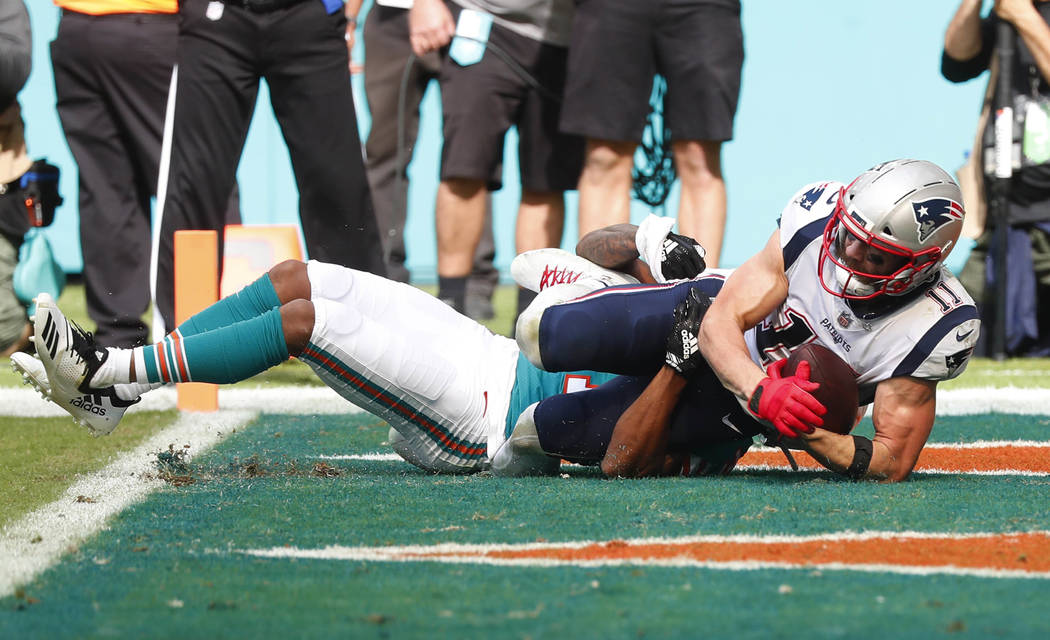 New England Patriots wide receiver Julian Edelman (11) catches a touchdown pass, during the first half of an NFL football game against the Miami Dolphins, Sunday, Dec. 9, 2018, in Miami Gardens, Fla. Tom Brady's pass set a record for the most touchdown passes in a regular season, including playoffs. (AP Photo/Wilfredo Lee) 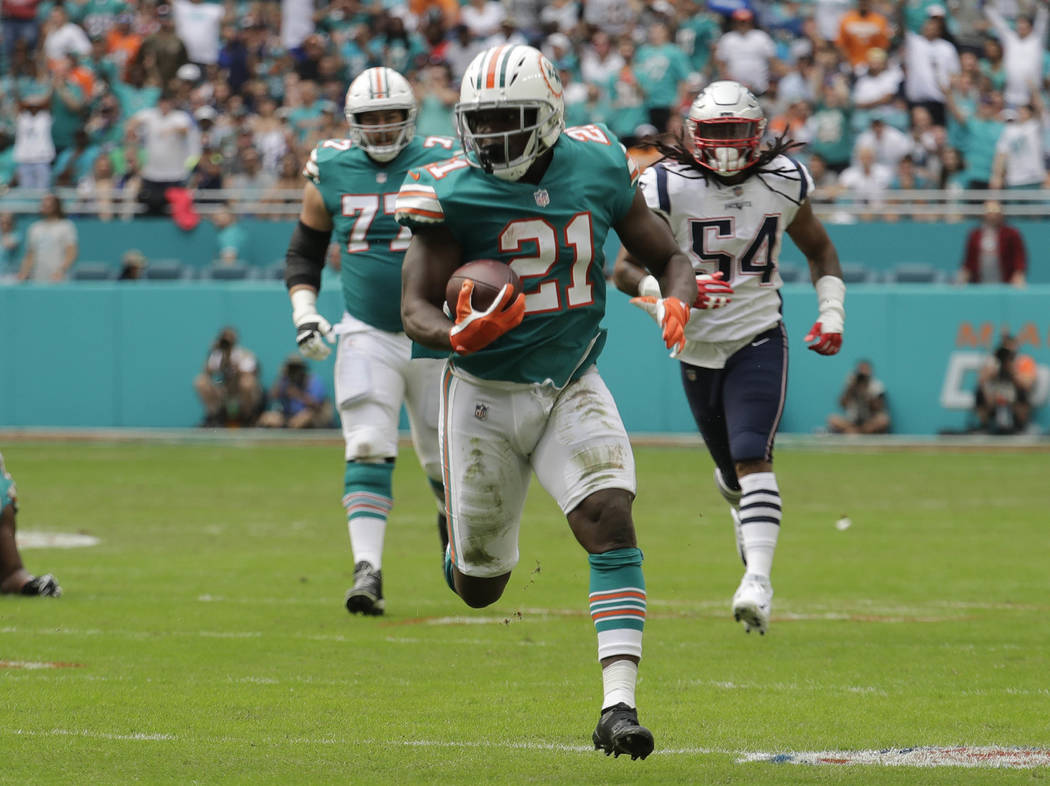 Miami Dolphins running back Frank Gore (21) runs the ball, during the first half of an NFL football game against the New England Patriots, Sunday, Dec. 9, 2018, in Miami Gardens, Fla. (AP Photo/Lynne Sladky)

MIAMI GARDENS, Fla. — Kenyan Drake ran the last 52 yards as the Miami Dolphins scored on a pass and double lateral on the final play Sunday to beat the New England Patriots 34-33.

The Patriots were 16 seconds from clinching their 10th consecutive AFC East title when the Dolphins scored on the 69-yard play to rally from a 33-28 deficit.

Ryan Tannehill threw a 14-yard pass to Kenny Stills, who lateraled to DeVante Parker, who quickly lateraled to Drake. He found a seam and beat two Patriots to the corner of the end zone — defensive back J.C. Jackson and tight end Rob Gronkowski, who was on the field as part of the Patriots’ prevent defense.

Tom Brady threw for 358 yards and three scores, but the stunned Patriots (9-4) lost in Miami for the fifth time in their past six visits.

The Dolphins (7-6) came from behind five times to help their slim wild-card chances.

THE MIRACLE AT HARD ROCK STADIUM