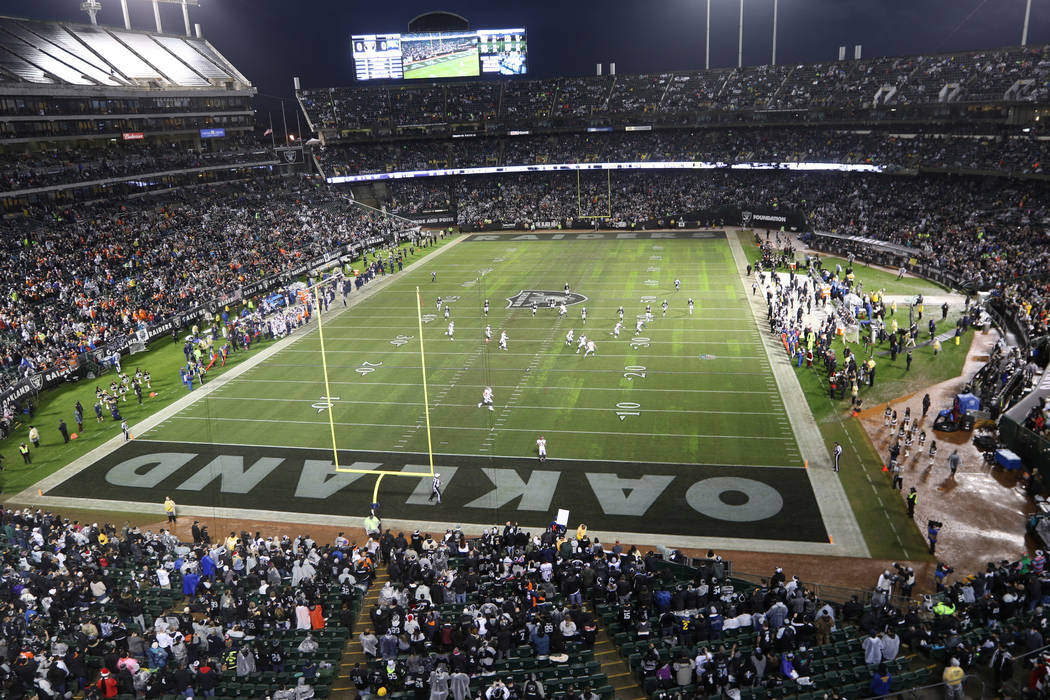 ALAMEDA, Calif. — A special meeting has been scheduled Wednesday for the Coliseum Authority, but it is not the one many anticipated, as the group will meet in closed session to discuss a potential Raiders lease that is not yet ready for a vote.

The meeting will be held at 9 a.m.

In reflection of the vote’s anticipation, one member of the Coliseum Authority initially told the Review-Journal a vote would transpire at the gathering and thus an agreement between the city of Oakland and Alameda County was complete. This session, however, won’t involve that action.

A vote could occur next week, a second official said.

Many close to the Raiders lease discussions consider the pact an inevitability. Once completed, it will feature $7.5 million rent for 2019 and a $10.5 million team option for 2020. It would then be subject to vote from three public entities before it can be enacted.

First, the Coliseum Authority will vote at an open-session special meeting. On a later date, the Oakland City Council and Alameda County Board of Supervisors, respectively, must approve the lease, too.

Many close to the situation consider the latter two steps a formality if the Coliseum Authority, which is comprised of city and county representatives, approves the deal as expected. One such person exhibited confidence this month, saying it “looks like (the Raiders) are definitely going to play here in Oakland” next season.

Chris Dobbins serves as a commissioner on the Coliseum Authority.

“We are hopeful to get this done as soon as possible and focus on the 2019 season in Oakland,” Dobbins said Tuesday.