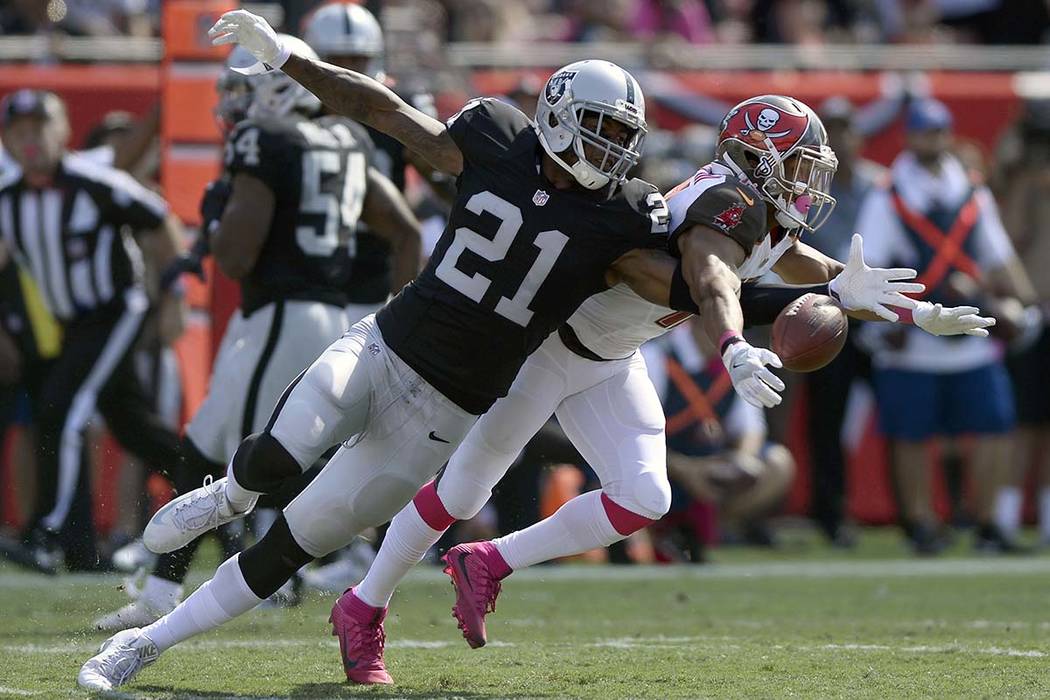 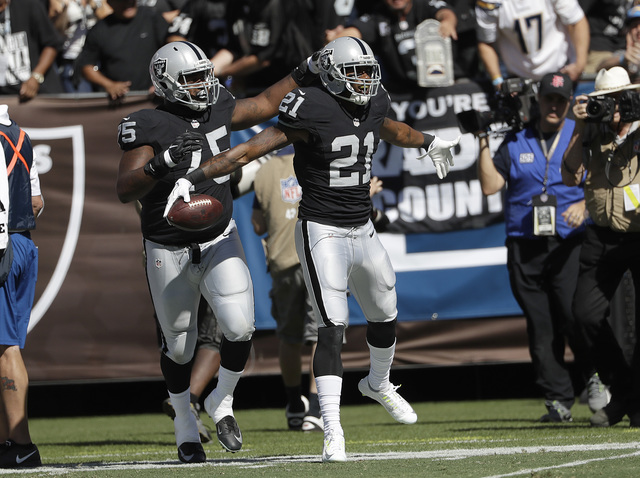 Oakland Raiders cornerback Sean Smith (21) celebrates after intercepting a pass against the San Diego Chargers during the first half of an NFL football game in Oakland, Calif., Sunday, Oct. 9, 2016. (AP Photo/Marcio Jose Sanchez) 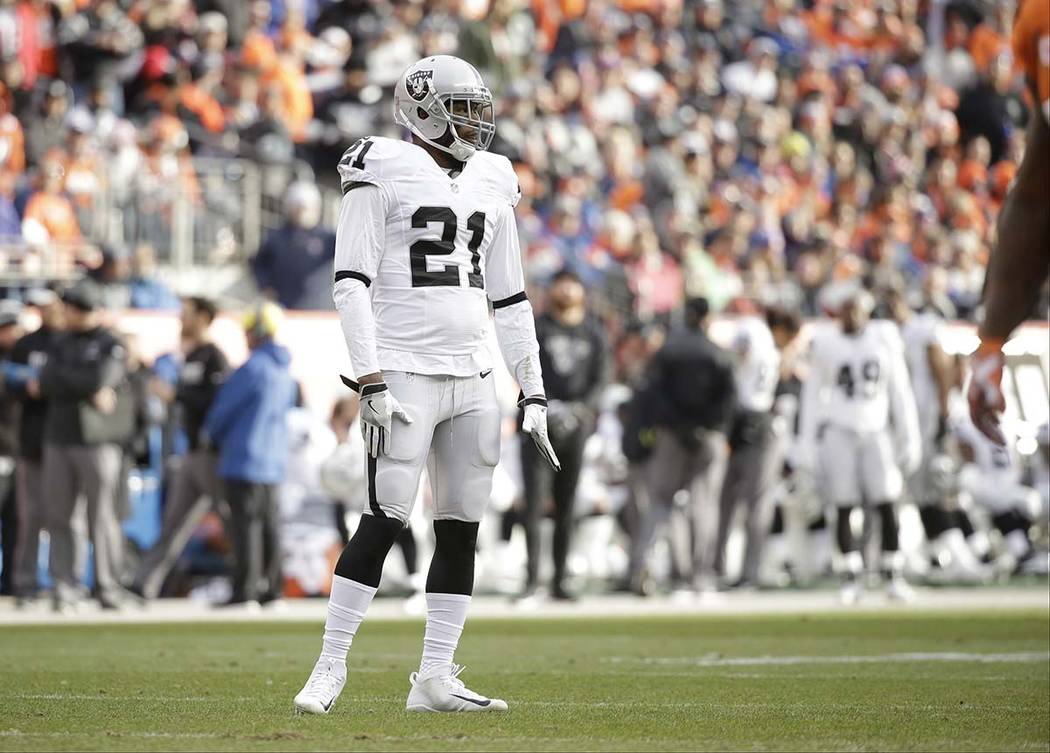 Sean Smith struggled. His day featured a press-man coverage in which he did not touch Saints wide receiver Brandin Cooks, whose release off the line of scrimmage led to a 98-yard touchdown, the longest in Saints history. Smith was benched for the remainder of the game.

“I’ve never had a game like that since I’ve played corner, ever,” Smith said.

Then, there was the injury.

On Oct. 30, the Raiders cornerback wrenched his left shoulder when diving for a deflection against Buccaneers wide receiver Cecil Shorts III on the second play from scrimmage. Torn labrum. Surgery required. Smith missed two games, rested during the bye week and played the next seven, including the postseason.

This marks his first chance at a bounce-back campaign.

Smith signed a four-year, $38 million contract last March. He followed with what was, for a number of reasons, the worst year of his career. The Raiders expect improvement from their secondary in 2017, and the strides Smith has shown this spring have fueled optimism he and the unit can deliver.

“I’m healthy. My shoulder is better,” said Smith, whose first career surgery came in January. “I’m just having fun. Last year is last year. That year doesn’t define me — not one bit. My game speaks for itself. I’ve put it all behind me. I’m going to have fun, move forward.

“We’re flying around right now. We’re all on the same page. Second year in the defense. We’ve got a lot of young guys out there. Everybody is looking better. Nothing but positive vibes over here.”

‘Sean of old’ is back

Smith joined the Raiders after a three-year run with the Chiefs. His reputation preceded him. Smith was known for his physical style, able to match up with even the most imposing receivers given his 6-foot-3, 220-pound frame. He also offered experience, having started 100 career games in seven seasons between Miami and Kansas City.

Acclimating, however, proved a process. The Raiders learned how best to fit his game within their defense. Likewise, Smith sought to understand and execute what was expected of him.

“It wasn’t what I was used to,” Smith said. “I was watching the film, and that just wasn’t me.”

He is embracing a fresh start.

From mid-January into February, Smith largely was out of commission, recovering from surgery, unable to begin preparation in earnest. He resumed those activities with his trainer in Los Angeles, building his body to where his mind was: ready to put 2016 behind him.

“Improvement. Competition, very competitive,” defensive coordinator Ken Norton Jr. said of Smith. “Wants to really understand and get back to how he can play. I think that Sean Smith is an outstanding player. He’s improving out here. Last year is last year. We all have made our mistakes. We’re very impressed with where he is now.”

Said Smith: “With careers of seven-, eight-plus (years), there is always going to be that one year that everyone looks at like, ‘Oh, man. Did he lose it? What’s going on?’ The coaches have said I’m flying around. I’ve got speed still. I feel great. That one year doesn’t define me. I know I’m way better than that. And I know what people are used to (from me), and I get it. Everyone wants the Sean of old. No problem. …Two-one is back.”