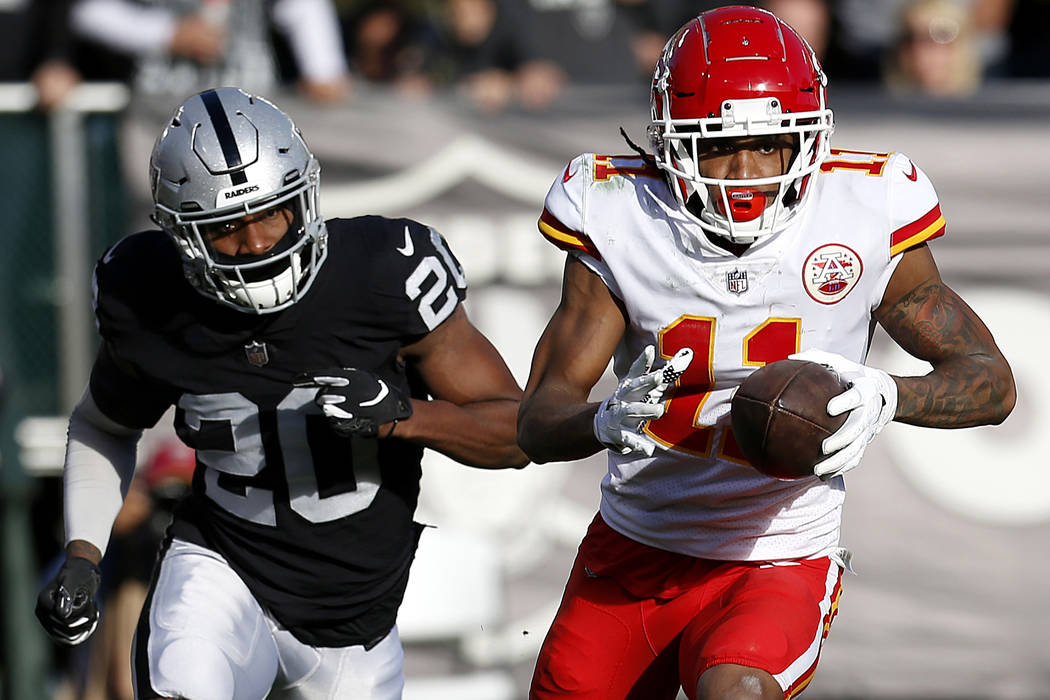 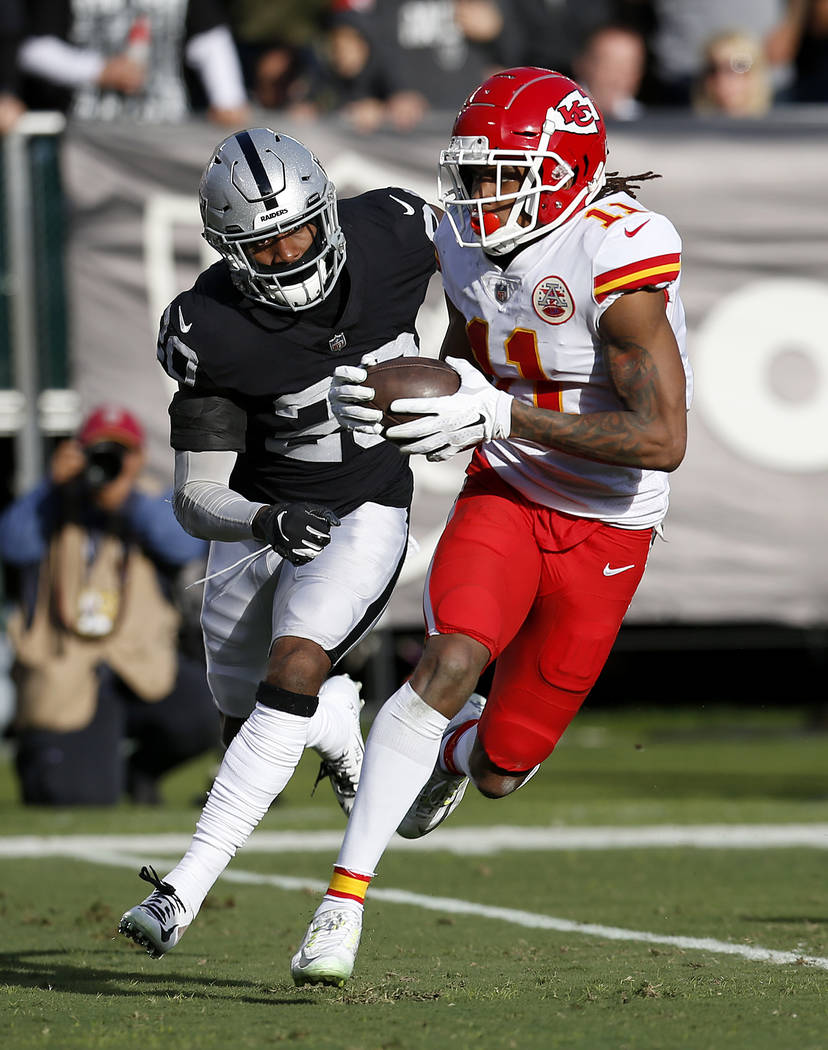 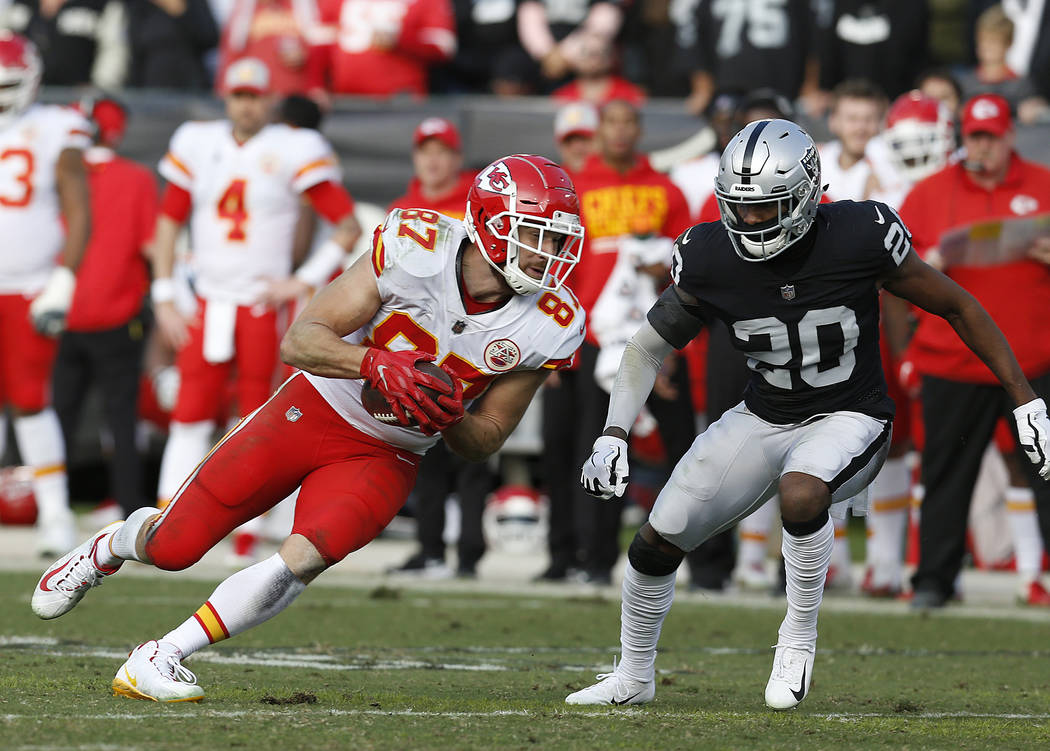 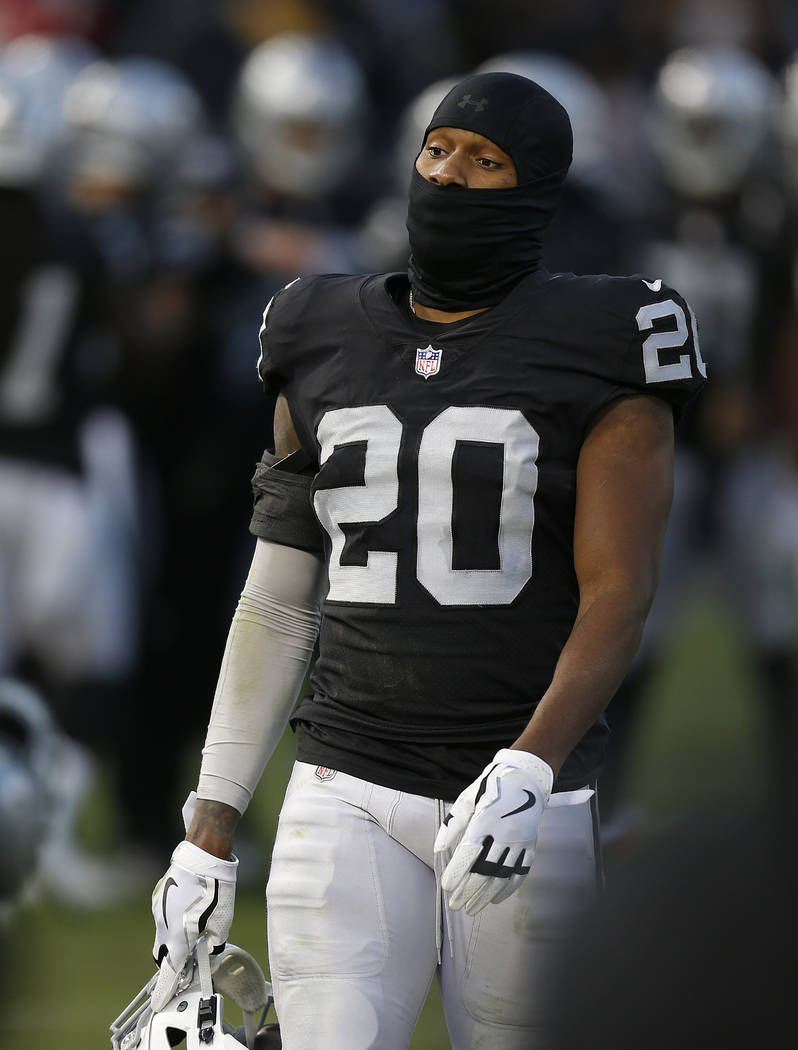 Oakland Raiders cornerback Daryl Worley (20) walks off the field during the second half of an NFL football game against the Kansas City Chiefs in Oakland, Calif., Sunday, Dec. 2, 2018. (AP Photo/D. Ross Cameron)

ALAMEDA, Calif. — Raiders cornerback Daryl Worley played 37 defensive snaps two games ago against the Kansas City Chiefs. That was a season low before his 26 snaps Sunday versus the Pittsburgh Steelers.

Lately, the Raiders have seen less and less of Worley.

By playing at all, he’s shown them plenty.

Worley suffered a labrum tear in his right shoulder on Oct. 28 against the Indianapolis Colts, a person familiar with the situation said Thursday. He managed to play all 78 defensive snaps that game, but he’s been in a rotational role since. His willingness to push through the injury only punctuates the impression he’s left on the Raiders.

They signed him in April, shortly after the Philadelphia Eagles waived him following an arrest.

He earned the trust of Raiders coaches throughout the offseason. As a testament, Worley stepped into a starter-type role upon serving a four-game suspension to begin the season.

The shoulder injury occurred in his third game.

He has been listed as a limited participant in practice since.

When the Raiders review their 2018 season and devise a plan for how best to approach free agency, sorting through which of their players they seek to retain and those they’ll allow to walk, Worley has displayed enough to receive strong consideration for the team’s plans.

His one-year contract is set to expire in March. At minimum, he’s expected to be tendered as a restricted free agent.

— Raiders defensive end Damontre’ Moore completed a personal comeback Sunday when appearing on 23 defensive snaps and seven on special teams. Before signing with the team five days earlier, he hadn’t been on a roster since with the Dallas Cowboys in October 2017. Moore worked at Home Deport during a portion of the year-plus between. “It was like a homecoming,” he said. “It felt real good for me to just be out there and be playing again, doing something that I’m passionate about. I was overwhelmed with excitement and nerves, anxiety. I probably went through every emotion you can think of.”