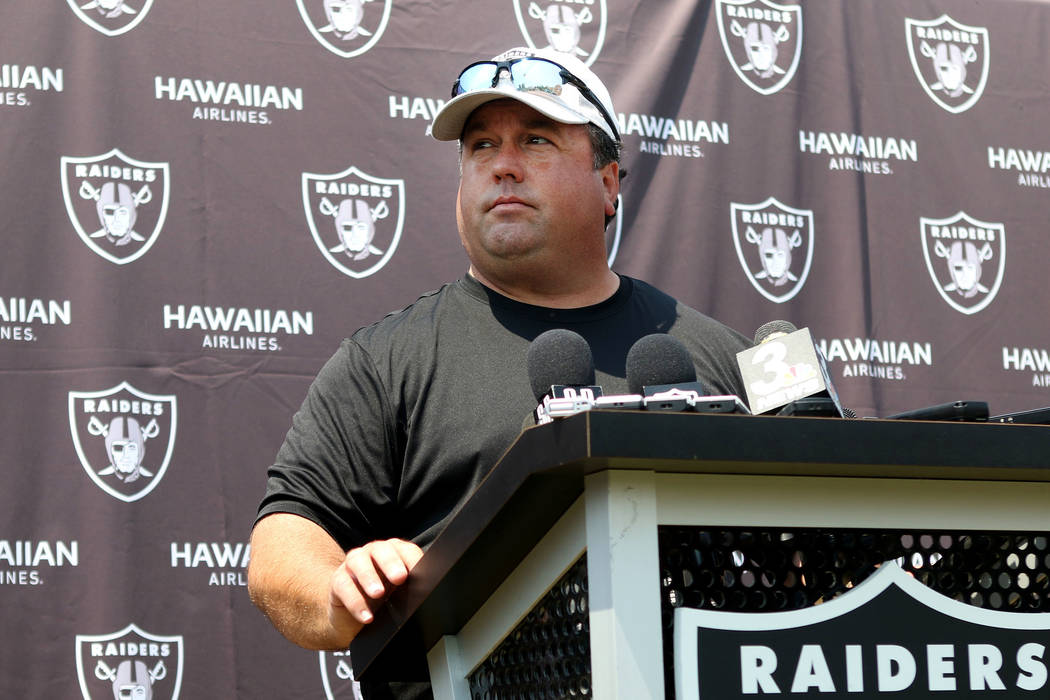 MOBILE, Ala. — Nasir Adderley cites Greek mythology as his least favorite subject in high school, having found the study of thunder god Zeus of little use. Disinterest in his larger curriculum complicated his college recruiting, ultimately landing him in Delaware rather than a larger Division I program.

On Wednesday, thunderstorms forced the Senior Bowl practices to be moved indoors.

Lightning did not slow him.

Adderley built upon his strong Tuesday start to the All-Star showcase week. The safety, who could interest the Raiders in the late first round, intercepted former Duke quarterback Daniel Jones during a padded practice at South Alabama. Adderley was worked at multiple positions on the North team, which the Raiders are coaching in advance of Saturday’s game.

Adderley was aligned at nickel corner on the interception.

He has, however, mostly played free safety while also seeing the occasional rep at outside corner, he said. His versatility resembles that of Marcus Gilchrist, a valuable piece to the Raiders’ 2018 secondary whose contract is scheduled to expire on March 13.

On April 25, the Raiders are expected to address their defensive line with the No. 4 overall pick.

They also own the No. 24 and 27 overall selections. Adderley may factor into the conversation there.

“A good guy from Delaware who can play safety, nickel, maybe some corner out there,” Raiders defensive coordinator Paul Guenther said. “He’s got really good feet. He’s smart. He attacks the ball really well. He’s done a really good job for us. … He’s had a really good first couple of days.”

He corrected course as a high school senior, becoming an honor roll student. Larger schools then circled around — Wake Forest offered him a scholarship, he said — but by that point, he already committed to Delaware.

Adderley has turned heads in Mobile.

This includes that of at least one teammate, former Missouri quarterback Drew Lock.

Lock complimented his instincts and speed, saying the combination has been a “kind of a havoc” for quarterbacks during practice.

“We actually played Delaware State when I was in my sophomore year, so I watched a little bit of Delaware-Delaware State ball,” Lock said. “I knew the helmet. I recognized the helmet. I was like, ‘Yeah, this kid is from Delaware. He’s probably going to be pretty good if he’s here. It was not necessarily a big school he went to.

“He came out, and he’s proving people wrong if they had any doubts about him.”

—Former Indianapolis Colts general manager Ryan Grigson has not joined the Raiders’ front office, people familiar with the situation said. A move is not considered imminent at this time. An early January report indicated it was a “done deal” between the two sides. Grigson was among the personnel men whom the Raiders interviewed as part of an information-gathering process. Those interviews did not produce an immediate hire. The club is expected to shake up its personnel department shortly following the April 25 to 27 draft.

■ The Raiders were assigned the North roster at the Senior Bowl. On Friday, they’ll receive a closer look at the South. Defensive coordinator Paul Guenther said Wednesday that the Raiders and San Francisco 49ers will swap rosters for a few hours, interviewing players and reviewing film to facilitate the evaluation process. The teams will meet Saturday at 11:30 a.m. PT.