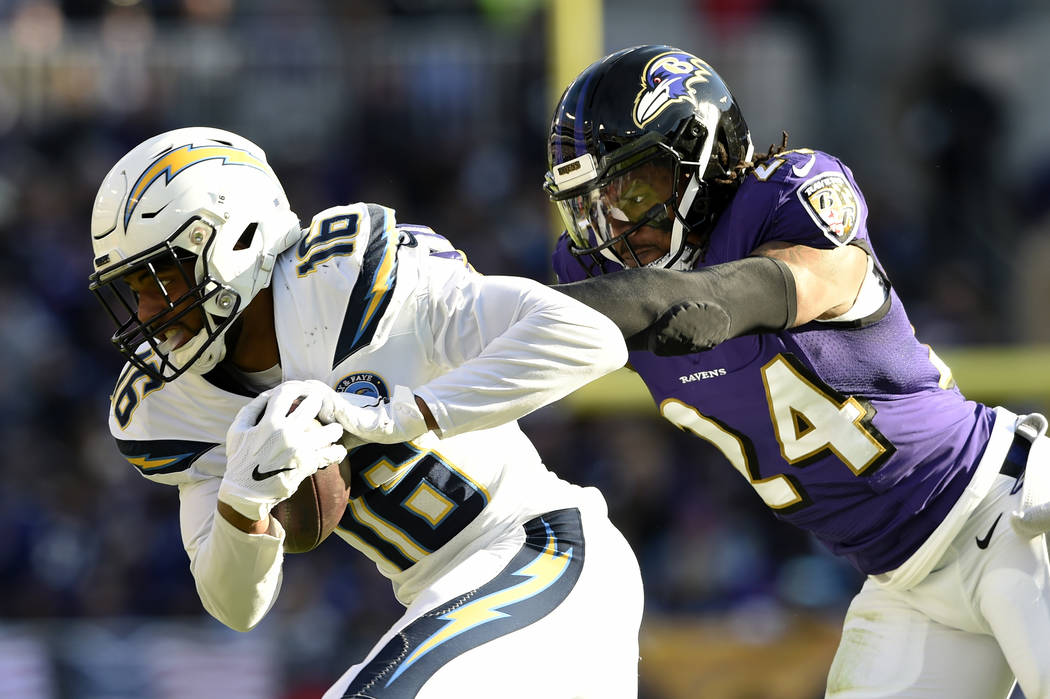 ALAMEDA, Calif. — Another splashy Raiders move will be felt in Las Vegas.

Williams, 27, spent his first four NFL seasons with the Chargers.

A former undrafted free agent from Division II Western Oregon, he averaged 15.9 yards per reception the past three seasons, catching 153 passes for 2,440 yards and 16 touchdowns.

He was the Raiders’ top option in free agency at the position, given he is a 6-foot-4-inch deep threat whose speed warrants attention underneath with yards-after-catch ability.

With his addition, subtraction is expected.

The Raiders likely will release at least one player to clear cash space. The team enters free agency in a comfortable situation from a salary cap standpoint; however, internally, NFL clubs also have cash budgets. This carries a greater influence on the Raiders’ personnel decisions moving forward.

The franchise acquired Antonio Brown on Saturday after agreeing to send 2019 third and fifth-round picks to the Pittsburgh Steelers. They struck a three-year, $50.125 million contract with Brown to complete the move. On Monday, then-New England Patriots tackle Trent Brown verbally committed to a four-year, $66 million deal with the Raiders.

Around 2 p.m. Wednesday, the team introduced Antonio Brown at a news conference after he officially signed. Williams’ agreement was finalized around the same time. Neither Trent Brown nor versatile defensive back Lamarcus Joyner was present at Brown’s event.

Joyner agreed to terms Monday on a four-year, $42 million contract.

A person familiar with the Raiders’ thinking said that they plan to feature Joyner as their primary nickel cornerback, a position he played early in his NFL career. Leon Hall and Nick Nelson handled that role in 2018. He also will see action at safety, able to work opposite Karl Joseph in the base defense. Another key addition at safety is possible, perhaps in the draft.

Whom the Raiders will take to Las Vegas took shape over these past few days. They plan to address the defense more extensively on April 25 to 27. The team owns four selections in the top 35, including the No. 4, No. 24 and No. 27 overall picks in the first round.