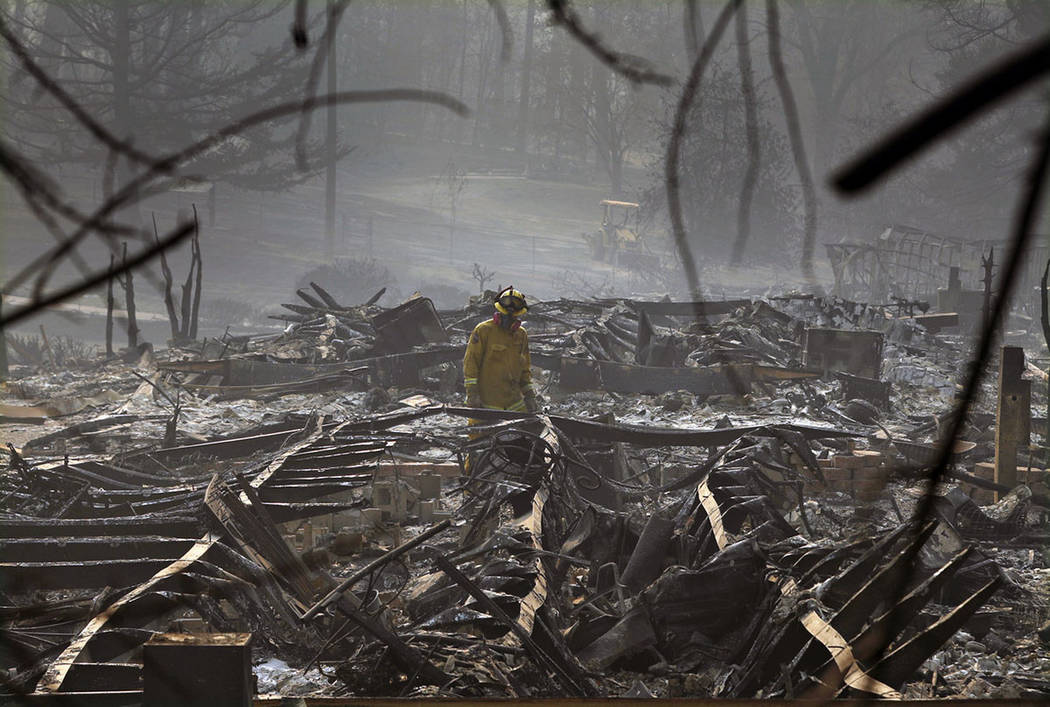 A firefighter searches for human remains in a trailer park destroyed in the Camp Fire, in Paradise, Calif., on Nov, 16, 2018. (AP Photo/John Locher) 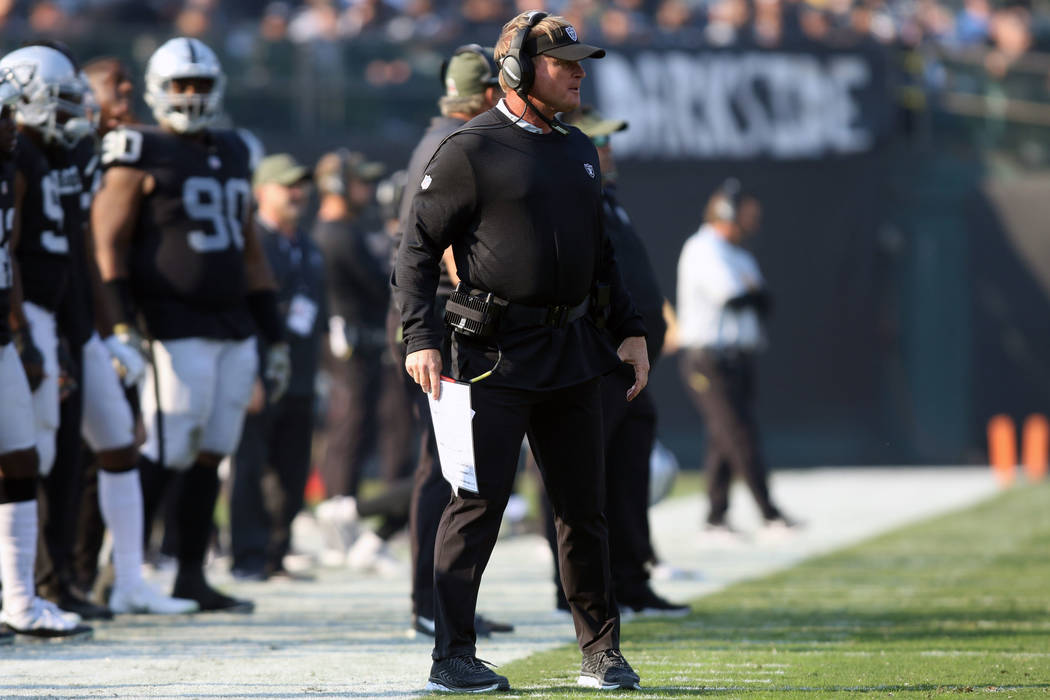 Oakland Raiders head coach Jon Gruden on the sideline during the first half of their NFL game against the Los Angeles Chargers in Oakland, Calif., Sunday, Nov. 11, 2018. Heidi Fang Las Vegas Review-Journal @HeidiFang 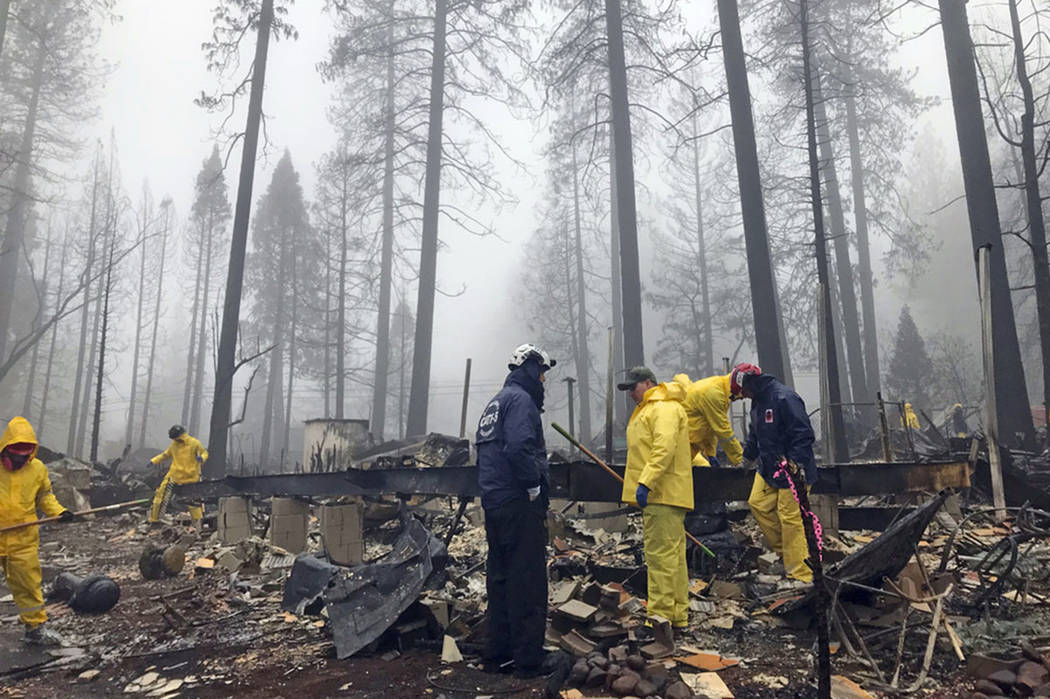 ALAMEDA, Calif. — Last week, the Raiders announced a $200,000 donation to the North Valley Community Foundation and an additional $50,000 worth of supplies benefiting families whom Camp Fire impacted in Butte County, California.

The team has matched their effort.

Players pooled together an additional $46,350 in support of NVCF. With the Raiders matching the amount, left guard Kelechi Osemele and tight end Jared Cook held a $92,700 check Wednesday in a photograph that Osemele posted on social media.

We came together to show love and support for NorCal 🙌🏾🙏🏾 Together with North Valley Community Foundation (@nvcf) we are standing together and standing firm in the face of these fires. 💯 #BlessUp #RaiderNation pic.twitter.com/CofJdC4wxA

A team release confirmed the amount.

“We came together to show love and support for NorCal,” Osemele wrote on Twitter. “Together with North Valley Community Foundation we are standing together and standing firm in the face of these fires.”

The Raiders coach built a reputation for player flattery during his career as an ESPN broadcaster. But in a news conference at team headquarters, he was especially effusive over Mahomes. Gruden’s defense will be tasked with slowing him Sunday at the Oakland-Alameda County Coliseum.

This season is his first as a full-time starter. In 11 games, he has passed for 3,628 yards and an NFL-high 37 touchdowns with 10 interceptions while adding 186 rushing yards for two scores. He is coming off a career-high 478 pasisng yards and six touchdowns against the Los Angeles Rams.

“His overall skill set is sickening,” Gruden said. “I mean, it really is. He’s double-jointed. He can throw the ball from any platform possible — running to his left, fading backwards. He can get out of trouble. I compliment everybody; I’ve been accused of that. But this guy has off-the-chart arm talent. Skill level is unbelievable. He has a playing style that reminds me of (Brett) Favre.

“He’s a young Favre. I think that’s why (Chiefs coach) Andy Reid went and got him. He won’t quit on any plays. He makes a lot of plays when there’s nothing there. I don’t have time to talk about him anymore.”