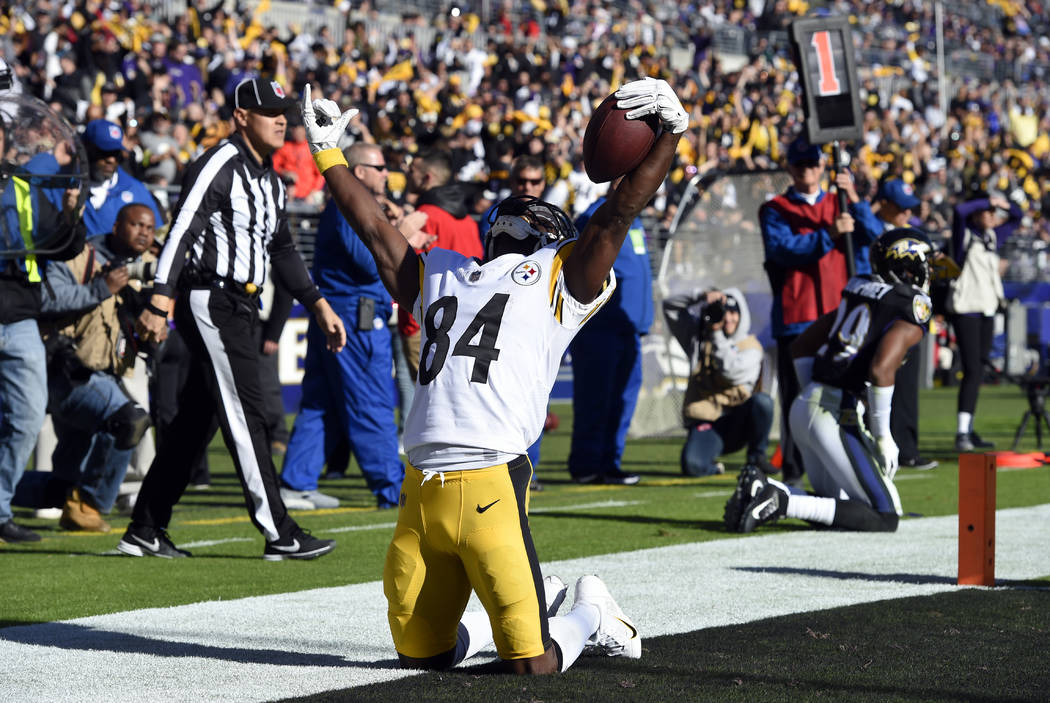 Pittsburgh Steelers wide receiver Antonio Brown celebrates after scoring a touchdown in the first half of an NFL football game against the Baltimore Ravens, Sunday, Nov. 4, 2018, in Baltimore. (AP Photo/Gail Burton) 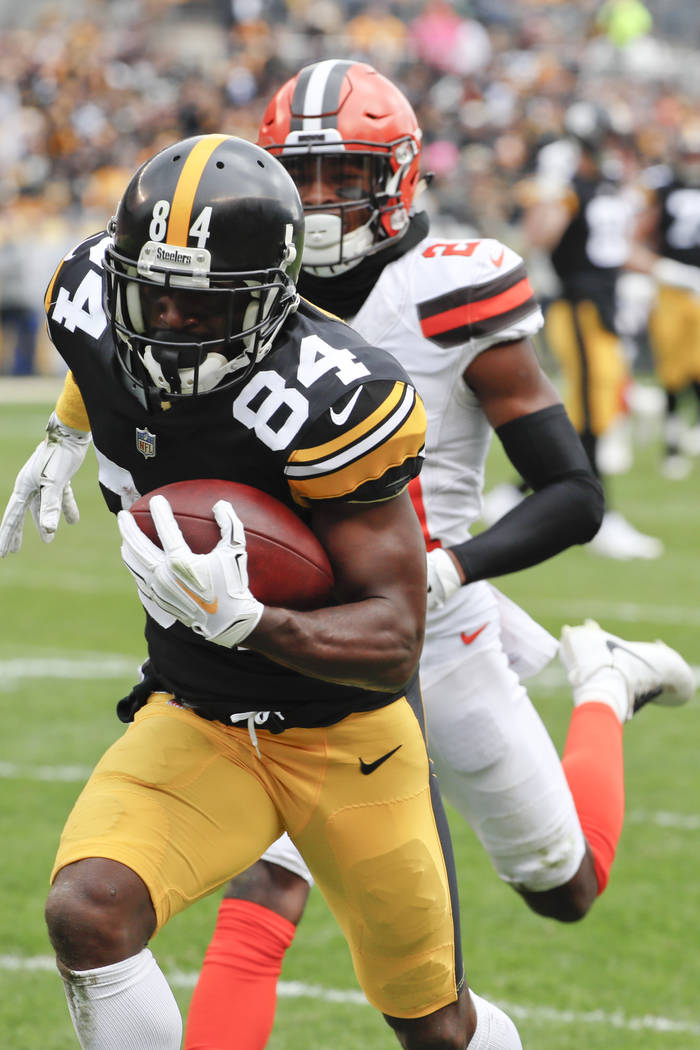 PITTSBURGH — Police say Pittsburgh Steelers wide receiver Antonio Brown was stopped for speeding over 100 mph in his Porsche, just hours before the team’s game against the Carolina Panthers.

Ross Township police tell WPXI-TV that an officer was searching for a bank robbery suspect Thursday when a black Porsche sped by.

The officer pulled the car over and the driver was identified as Brown.

He was cited for reckless driving.

The Steelers say they’re aware of the situation and won’t have further comment. A message seeking comment from his publicist wasn’t immediately returned.

The Steelers have a game against the Panthers on Thursday night at Heinz Field.

The Panthers have won three games in a row while Pittsburgh has put together four straight wins to take control of the AFC North.