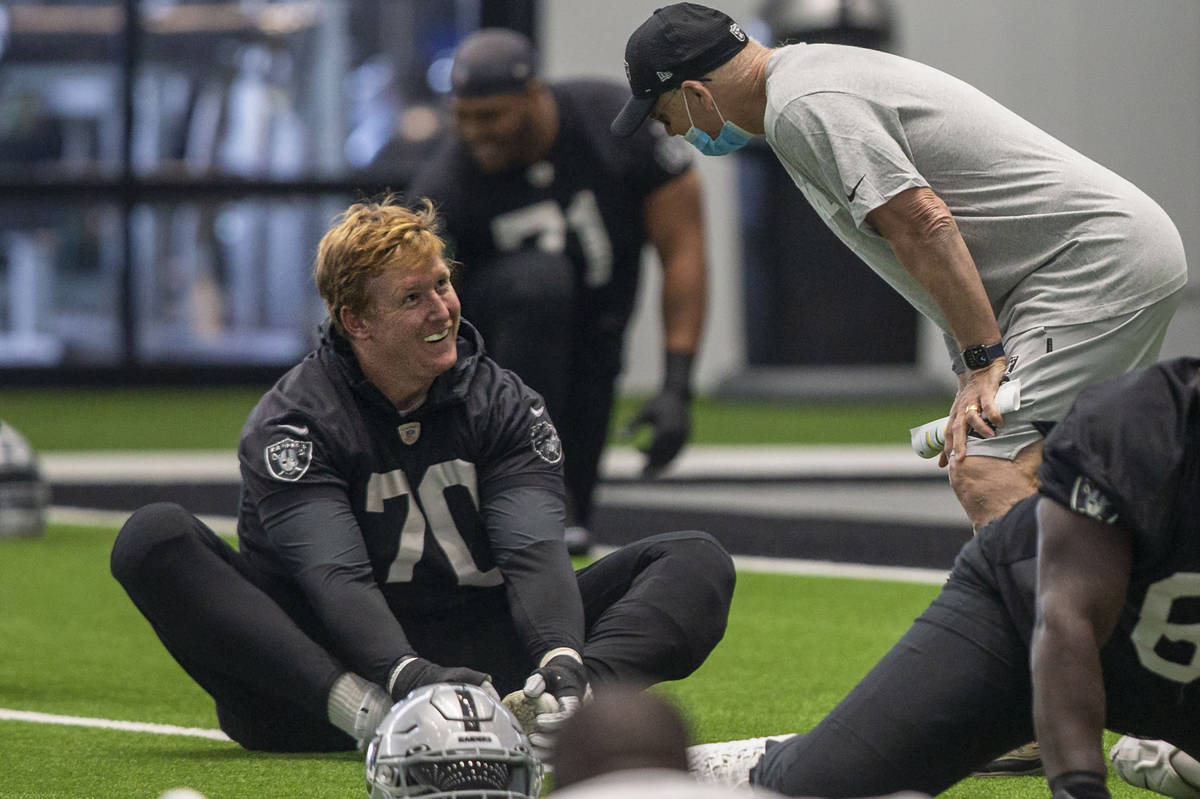 For the third time in less than a week, a Raiders player has abruptly retired.

Young spent all of last season with the Raiders and played in 11 games, including making a career-high seven starts.

The 34-year-old Young was originally a 2010 sixth-round pick by the Dallas Cowboys out of Notre Dame.

His retirement opens a door for Brandon Parker to keep his spot on the team. Parker has struggled when given opportunities over his first three seasons, but the 19 starts he has made at least represent some level of experience behind starters Kolton Miller and Alex Leatherwood.

The Raiders have talked up Jaryd Jones-Smith, but he has appeared in just three games while playing for four teams since entering the league as an undrafted free agent in 2018.