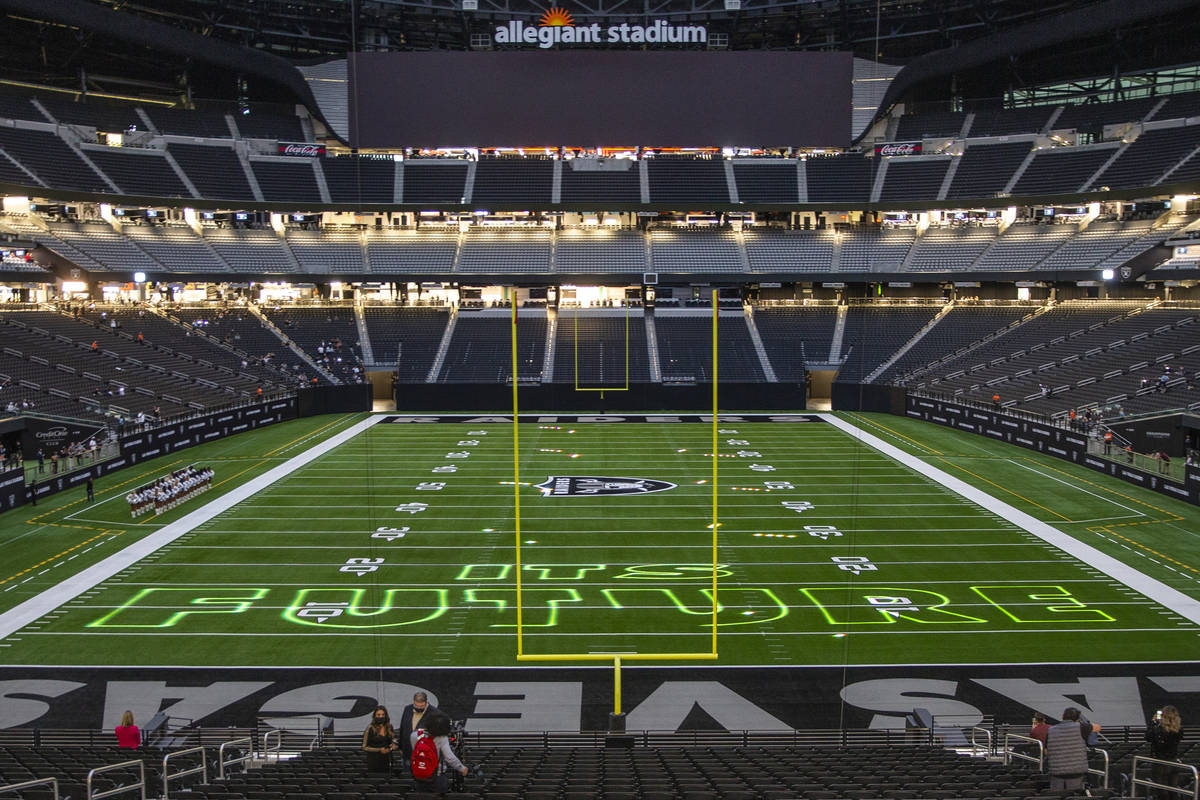 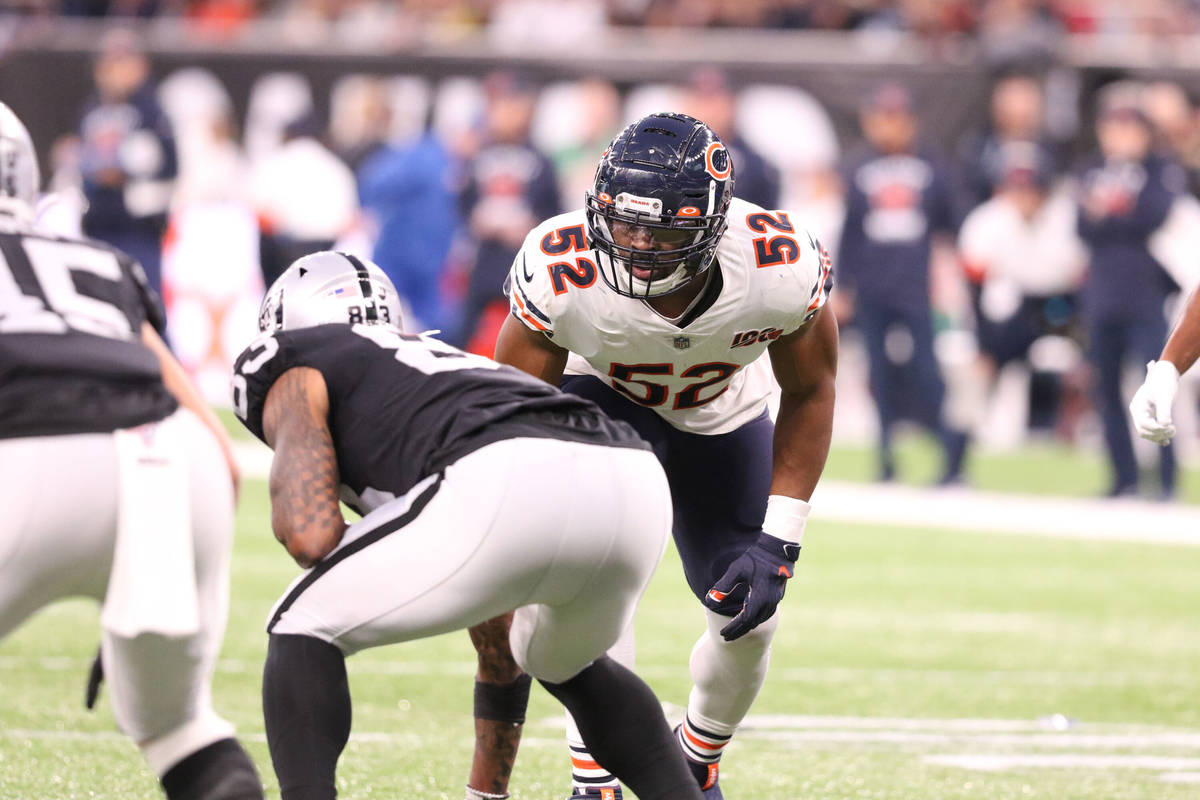 Chicago Bears outside linebacker Khalil Mack (52) sets up opposite Oakland Raiders tight end Darren Waller (83) on the line of scrimmage during the first half of an NFL game at Tottenham Hotspur Stadium in London, England, Sunday, Oct. 6, 2019. (Heidi Fang /Las Vegas Review-Journal) @HeidiFang 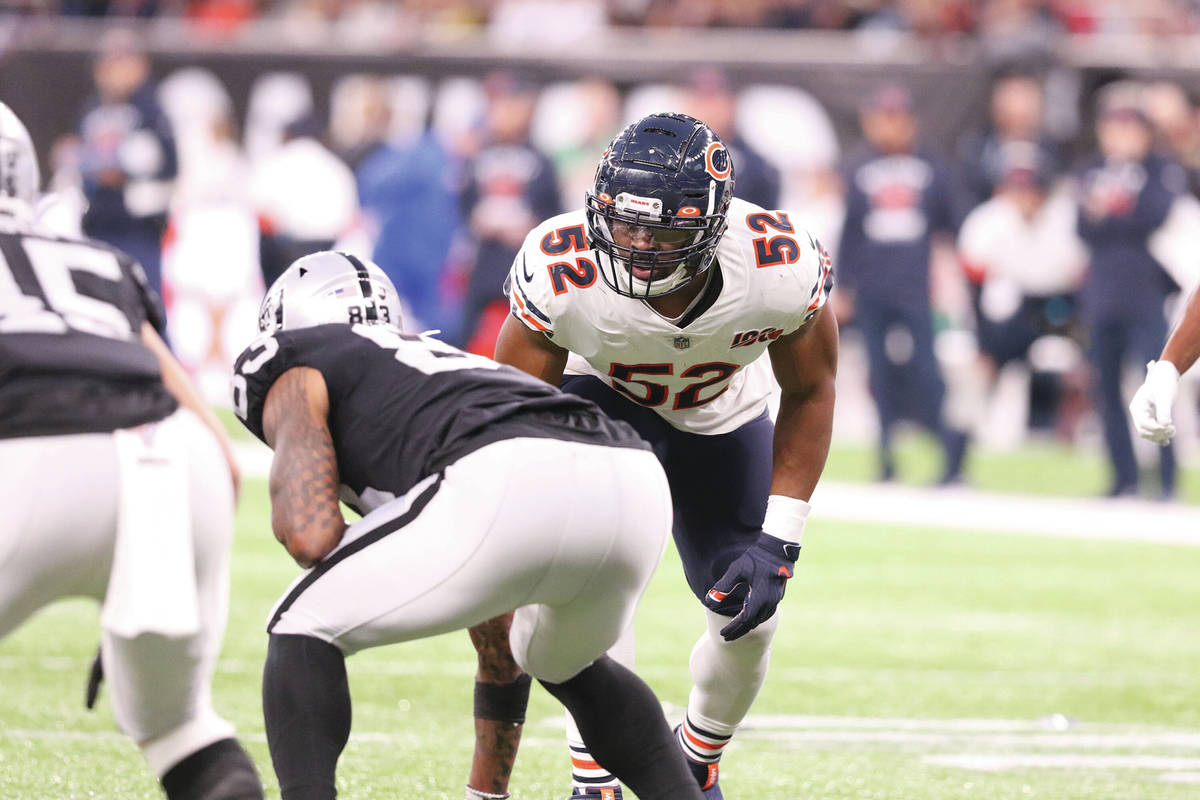 Chicago Bears outside linebacker Khalil Mack (52) sets up opposite Oakland Raiders tight end Darren Waller (83) on the line of scrimmage during the first half of an NFL game at Tottenham Hotspur Stadium in London, England, Sunday, Oct. 6, 2019. (Heidi Fang /Las Vegas Review-Journal) @HeidiFang

The NFL will unveil the 2021 regular-season and preseason schedules at 5 p.m. Wednesday. At which point, fans can finally begin making plans for tailgate festivities, watch parties and out-of-town road trips.

UPDATE: Click here for the latest on the Raiders 2021 schedule

It is one of the most anticipated events on the NFL calendar, this year more than ever with fans expected to be full participants at NFL stadiums again after being sidelined by COVID-19 last season.

To set the stage, here are five questions and answers about the schedule release:

Which teams do the Raiders play?

For the most part, each team’s opponents every season are known years in advance. In the Raiders’ case, they play their AFC West foes — the Kansas City Chiefs, Denver Broncos and Los Angeles Chargers — twice each in a home and away format.

In addition, they will line up against each team from the NFC East and AFC North while also playing the AFC East and AFC South teams that finished in second place in their respective divisions. Finally, like all AFC teams, they will host an NFC counterpart as part of the new 17- game format.

Which teams are coming to Vegas?

In addition to hosting the Broncos, Chargers and Chiefs, the Raiders will welcome to Allegiant Stadium the Ravens, Bengals, Bears, Dolphins, Eagles and Washington Football Team.

Will the Raiders play in prime time?

We won’t find out until the official schedule is released. However, going by last year’s schedule, expect the Raiders and specifically Allegiant Stadium and Las Vegas to be featured prominently on the big stage.

In 2020, the Raiders were originally slated to play four prime-time games. However, because of concerns over COVID-19, their Sunday night game against Tampa Bay was moved to Sunday afternoon.

What about that 17th game?

The NFL expanded the regular-season schedule from 16 to 17 games beginning this season, with AFC teams getting the nod to host an NFC team in that extra game. As a result, the Raiders will host the Bears at some point during the season at Allegiant Stadium.

It also means the Raiders will play two of their three preseason games on the road.

Will fans be allowed?

As of right now, Nevada leaders have hopes of operating Allegiant Stadium at full capacity for 2021. However, no official decision has been made.